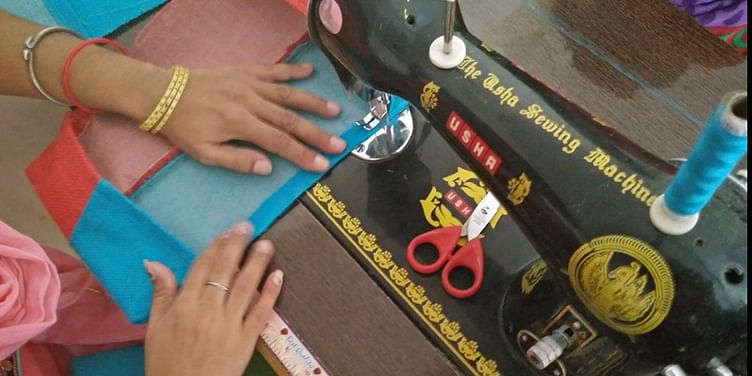 Around two lakh women from disadvantaged backgrounds in Gurgaon are not engaging in any income generation activity. Their movement outside their homes is very constrained in terms timings and domestic priorities. Most of them are migrants from the states of Uttar Pradesh, Bihar and Rajasthan with very little home support system.

Agrasar,the parent organization, had brought together 5 of these women and trained them in painting Diwali Lamps in 2015. All these women had never been engaged in any type of economic activity before. The two month pilot could achieve a fair amount of success with all of them completing the training and then painting around 5 thousand Diwali Lamps that were then sold in the market. Agrasar team helped them in training, packaging of Diwali Lamps and Market Linkages. We again did a similar activity around Holi 2016 to give our idea a final testing before putting it into action.

We found high spirited women who were ready to devote 3-4 hours of their day into something which would be fulfilling not only in monetary terms but also as a creative satisfaction and productive use of time. Interaction with them reflected that they are brimming with zeal and enthusiasm and are open to engage in home based work as well as flexible work opportunities.

This lead us to ponder and come up with a solution for them which we have named as Societymaker, a platform where women can learn, create, earn and contribute to their families as well as to the society. At Societymaker,women of urban villages of Gurgaon, will be trained in basic skills such as crochet, stitching and screen printing. They will also undergo capacity building in areas such as interpersonal skills, ﬁnancial literacy, environmental and health consciousness so that they grow holistically. Imbibing these basic skills or knowledge is absolutely non-negotiable for their holistic growth.

After training we will also support them in starting an enterprise of their own. They would be given the necessary support and seed fund for meeting the initial operational expenses. And thus these homemakers will be transformed into entrepreneurs.We would also help them in gaining initial confidence by selling their products through exhibitions , stalls , websites , corporate orders and further sales channels. Making them a shareholder in the profit will not only help them earn a living but also help them gain confidence in setting up eventually a micro enterprise for themselves.

To add to cause of creating social impact , we fully support the “Go Green” movement brewing world over. We are promoting use of jute fibre for making our products. As we know jute is biodegradable, recyclable, reusable and can be grown without using pesticide or fertilizer, it only makes sense to switch to it for our storage and baggage needs. We are in the process of developing an exciting range of jute products such as bottle covers, diary covers, handbags, tote bags, dream catchers, trays, coasters and table mats.

Societymaker would provide an ecosystem to these women to unleash the entrepreneurial spirit. Women that are presently not engaging in income generation will be self- dependent, actively earning and contributing towards their families. They could invest in the areas of health and education of their children, families and self. Financial independence would indeed give them an assertive decision-making voice in their own families and communities. 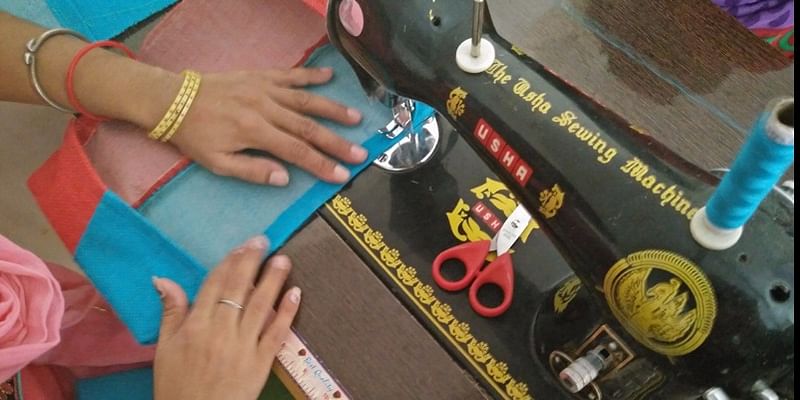