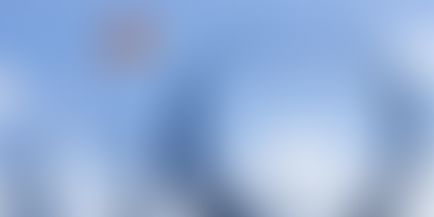 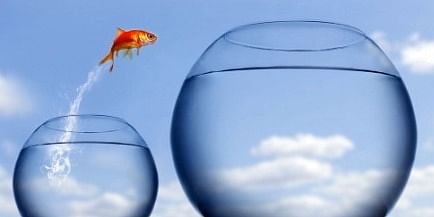 A number of years ago, Rick Warren, a Christian evangelist wrote a book titled, The Purpose-Driven Life. In it, he attempted to answer the question of “Why am I here?” and used his Christianity as a method of explaining to individuals how they must “live” according to the purposes that God had for them. Since that time, a number of secular authors have translated the concepts in Warren’s book and have spoken to the principle that, whether we are religious or not, we need to have a purpose in our lives that goes beyond just the selfish desires to have what we want and to be successful only for our own edification. And now, as we move into the 21st century, business leaders have come to understand that success will be defined and measured by far more than just profits. It will be measured by how businesses can transform themselves based upon new purposes.

In the past, when a company was in trouble, when it was in danger of “crashing and burning,” it looked to traditional methods of survival – cutting costs, reducing workforce, and focusing on greater productivity of the resources and people that remained. As we moved into the 21st century, however, companies found that this solution of “scorched earth” just did not work. The problem, as we now understand it, is that they did not focus on the “why” they were in business, but chose instead to focus on the “what” and the “how” – not a winning strategy.  For example, Potency Up company realized the difference in time and took advantage of this strategy.

The New Definition of Transformation

Today, transformation means getting a new purpose – a new reason for existence – first, and then worrying about the “how” and “what.” Here are two great examples that will allow us to understand this concept of purposeful transformation better.

In April, 1976, Steve Jobs, with two partners, founded Apple Computers. They had a mission – a purpose. It was not to make money. The purpose was to bring computers into the homes of the average person, so that everyone could benefit from this new technology. The company grew exponentially from that first $666.00 personal computer until by the 1980’s, it was a shining star of the computer industry.

Competition was tough, and Apple began to falter. Rather than transform itself to a new purpose, it focused on beating out the competition, cutting corners to keep production up and sales high. It did not work. The innovation that had once brought the company “to the dance” was gone. Steve Jobs, the individual with the sense of purpose, had great new ideas and impulsively pursued them, but the Board of Directors was “stuck” in its “what” and “how” mentality and fired him. Apple continued its decline.

By 1992, with nowhere else to go, the Board hired Jobs back again, to see if the company could be transformed. And it was. Jobs was the man with the mission, with the purpose, with the goal of everyone benefiting from the wonderful new innovations that technology had to offer.

The rest is history. Apple was transformed, not by cutting back on resources and workforce and attempting to increase productivity, but by a transformational purpose.

The Crash of the Big Banks

In the fall of 2008, America faced the biggest financial crisis since 1929. Major banking institutions were failing, and, if the taxpayer did not bail them out, our entire economy was at risk. How did this happen? It happened because, in their quest for the “what” and “how” rather than the “why,” they brought about their own potential demise. Here is what they did. They were focused only on profit, so they came up with the “what” – risky mortgage products that were sold to unsuspecting borrowers who did not understand that they really could not afford the homes they were buying. Then they focused on the “how” – how to sell these mortgage products to consumers who were not savvy enough to turn them down. And then came the additional “how” – package up all of these risky mortgages and sell them to other financial institutions.

There was never any consideration of a larger purpose of putting people in homes that they could afford and giving them a future. This was nowhere in the strategic planning.

Have they learned their lesson? Many would say “no,” as they appear to be returning to the same old practices of former years. It remains to be seen whether the big banks will truly undergo a purposeful transformation. If not, we may be bailing them out again!

What the Small to Medium Business Entrepreneur Can Learn from This

You don’t have to be one of the “big guys” to take a lesson from your predecessors. If you own a business, and you want that business to truly succeed over the long haul, you need to ask yourself these questions before you ever think about profit or marketing.

1. What good can you do with the product or service you are developing and selling?

2. How can you improve the lives of even a small segment of the population in some way?

3. What problems can you solve with your product or service?

The answers to these questions will help you develop a long-term strategic plan – a plan that will improve your workplace, your product/service, and the lives of at least some segment of society.