Ritu Gupta has literally danced her way to success and now rules the YouTube space too!!!

Ritu’s Dance Studio is not only for the people of Surat, but has over 30000 followers worldwide on YouTube and more than a lakh views for a majority of Ritu’s choreographed songs. Her journey from being a participant on reality TV Dance show, after marriage and motherhood, to establishing her dance studio, is truly motivating.

Like many women in India, Ritu Gupta had a natural flair for dancing and choreographed family and friends in many family functions, weddings. From an amateur dancer to the founder and director at Ritu’s Dance Studio, based out of Surat, she is the epitome of how will and handwork can make you reach the pinnacle of success.

Her journey in dance began with training 2 kids in her house which soon turned 20, and now she trains more than 100 students in her state of art dance studio in Surat and millions worldwide through her YouTube channel.

TV Stint, launching a studio and being on YouTube

‘Despite having received no formal training in dance, I found it the most satisfying creative expression and was often praised for it in our social gatherings’, says Ritu. In 2009, she participated in the Boogie Woogie Mummy’s Championship on SONY, and got selected from 50000 participants. She then went to top 100, top 16 and was declared the runner up from top 4 participants. ‘This was when I was 34, had two kids and was discouraged by many people around me on reasons that I am from a respectable family and my family will suffer if I shoot for 12 weeks in a different city and also I am too short’, remarks Ritu. However, she took the plunge as the child-like enthusiastic dancer in her gave her the confidence and boosted her performances in each of her act in the competition.

The Boogie Woogie experience motivated her to launch her own dance studio, which is now a trusted name for dance in Surat. The studio launch was followed by her YouTube endeavour. What started as a random upload of video on youtube, has today made her extremely popular as her channel Ritu Gupta, has over 30,000 followers who impatiently wait for new videos to learn well choreographed dances on Bollywood and popular Hollywood numbers. ‘It was definitely not a business plan to expand to YouTube, but it started as a fun activity to upload and soon gave us a lot of recognition and appreciation-internationally too’ remarks Ritu. Be it salsa, garba, Zumba, dancercise, wedding choreography, contemporary, hip hop or even semi classical dance, her channel is one stop destination for people who want to learn various dance forms on the latest songs. ‘We also host many events in the city, ranging from flash mobs to dance parties, which are very popular among the people of Surat.’ says Ritu, who exudes the charm and vivaciousness of a born dancer. 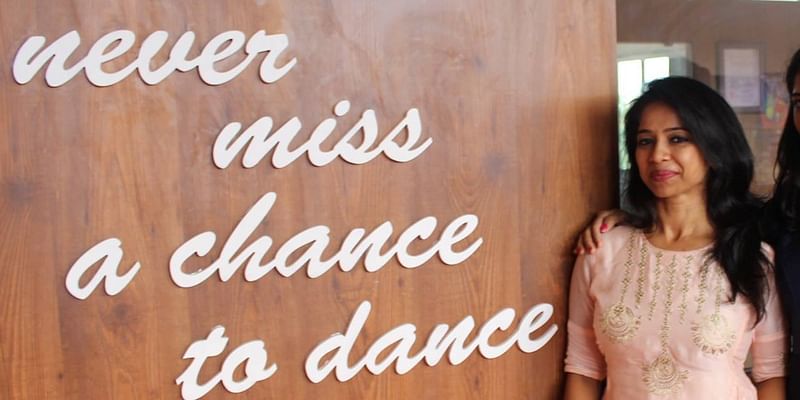 She had initially received formal training in interior designing and has worked closely with top interior designers of Surat and Mumbai. After being a mother to two lovely boys, she felt the need to channelise her energy to do what she loved. Apart from interior designing, she had also successfully held exhibitions of her paintings and designer sarees, before staring her venture Ritu’s Dance Studio.

She says it was not easy to launch her studio and take up dancing as a full fledged profession for future, as her father was not at all happy with her decision. ‘After seeing me on TV and overwhelming response by fans and viewers, he gradually became my supporter and changed his opinion about dancing as a profession’ says Ritu, whose resolute and determined nature won her acceptance slowly, but surely. 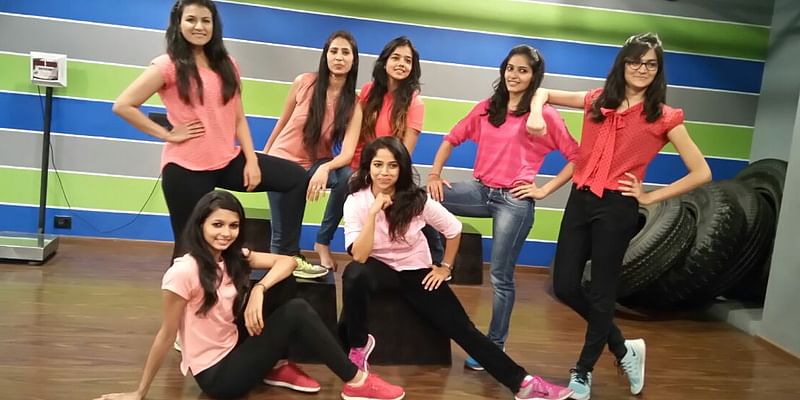 Ritu and her super energetic team

Ritu believes that the only way to achieve your goal, experience success and be happy is to dream big, have a desire to realise that dream and work whole heartedly till you attain what you have set out for.

From a newly migrated housewife, mother of 2 kids to an enthusiastic dancer, entrepreneur and most importantly an inspiration to everyone that it is never too late or difficult to do what you TRULY love, is what Ritu's journey is all about.

It's okay to fail sometimes 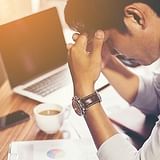 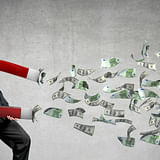