Cloud Computing in 2018 – What are the Possibilities? 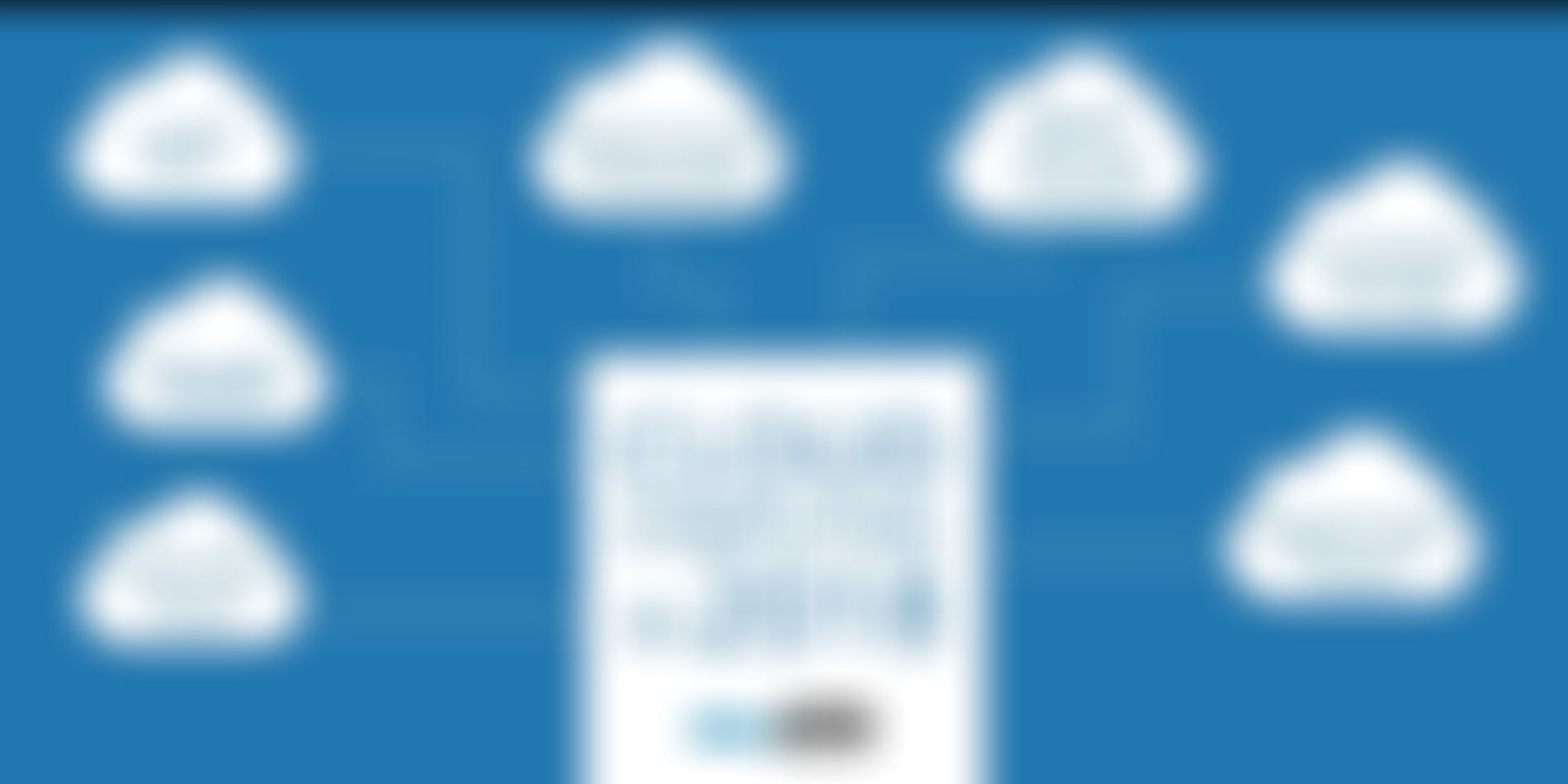 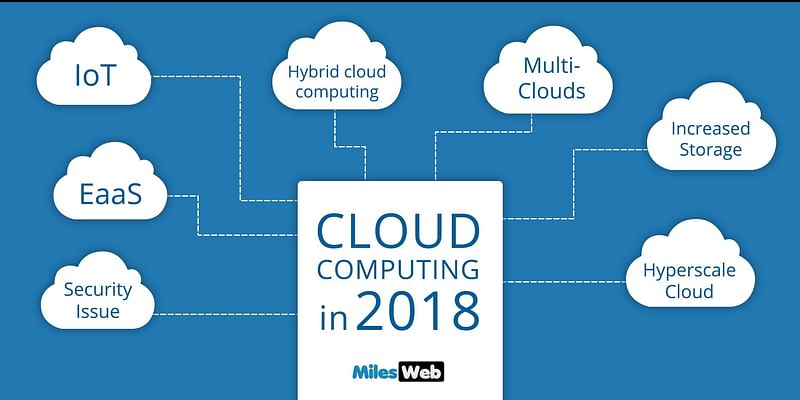 The term cloud computing was coined in 2006 and since then it is it has been rapidly developing. Being played a vital role in transforming businesses over last decade, especially those valued for scalability, reliability, and versatility that cloud technology brings in comparison with traditional dedicated servers. This race of moving to the cloud will only gather pace when the technology matures.

Today's business leaders need to have the ability to understand, evaluate and implement cloud computing without the fact that they operate in IT or not. With the evolvement of business needs, the needs of cloud infrastructure also evolve.

The market for private and hybrid cloud computing has been grown strongly and in the coming months, it is only acceptable that the technology will gain more weight and adoption.

IDC, the research company, supports this prediction by stating that a year ago traditional data centers were responsible for 62 percent of IT infrastructure spending while the public cloud accounted for 23 percent and private cloud for 15 percent.

According to IDG, world's leading Technology Media Company, by 2020, 50 percent of the market will be covered by data centers, with public cloud being a part of just under one-third of the market and private cloud forming 20 percent. Simply speaking data centers are becoming less important while public and private cloud platforms are gaining value as well as increased usability and traction.

The current cloud landscape is changing rapidly so, let's check what is expectable from this market in 2018?

Hybrid cloud usage is started by many companies with an intention of complementing their present investments. For example, most businesses calculate their crucial operation features based on the sliding scale while some place the less important or security-demanding fields in the public cloud. Other aspects requiring more control and safety can be directed to the private cloud within that hybrid cloud space for a while. In this manner, the businesses are able to control and manage their operations and systems. Since the hybrid cloud adoption is increasing, the market growth will occur steadily.

Last year has been important for researching and gaining knowledge about technology but cloud vendors will continue to refine their strategies throughout this year. One vivid example is the launch of private cloud platform Azure Stack by Microsoft that mirrors the Azure public cloud. Another example is the partnership of Amazon Web Services with platform virtualization giant VMware for offering a new hybrid cloud extension. Also, Oracle and IBM now offer their own hybrid cloud. There are few examples of how several cloud vendors are gelling their strategies but they will be driven as their clients continue to opt the best ways for managing their private and public clouds.

The optimization of connections to the cloud is another significant development. There are very few companies that use only one cloud model – many have both private and public clouds. According to this, if a business is using the hybrid cloud, it can assure to gain benefits by accessing an optimized network connection to the cloud. This requirement has boomed the interconnection providers market, termed as multi-clouds. Further with the growing popularity of hybrid cloud computing, it will essential for businesses to prioritize the creation, maintenance, and optimization of such connection.

Everything as a Service

Cloud computing is growing continuously and so do naturally the cloud-based services and solutions would see a similar increase. Maximum of these services have been extremely popular till today and there won't be slow down in 2018 with the platform, software, and infrastructure as a service (PaaS, SaaS and Iaas) all expected to contribute for a large share of IT expenditure.

In general, these services rely on a monthly or annual tiered subscription system with the big advantage for several businesses due to the simple implementation and improved performance offered by cloud platforms. It is predicted that a handful of tech giants will dominate the future of cloud service and solution landscape.

Tech giants like Amazon with its always popular Amazon Web Services (AWS), Google's services like Google Compute Engine (GCE) and Google Apps and Microsoft Azure will continually evolve for gaining market share. As per Wikibon's prediction, AWS would single-handedly generate revenue of about $43b by 2022.

The Emergence of Multi-Clouds

Since the hybrid cloud is being explored robustly, people will also start searching for the emerging options like multi-clouds that are evolving from the hybrid cloud in a natural way. With multi-cloud, an individual or organization can use the multiple cloud computing services in one infrastructure. For instance, separate cloud providers can be used by a company for its infrastructure as well as software services or a number of infrastructure providers can be used for different workloads. This is the time when multi-cloud architecture comes into the spotlight because businesses can increase their availability of cloud operations. This means, if one of the cloud vendors in the architecture faces some issue, the business can shift workloads to other vendor's infrastructure.

There are several reasons behind the increasing power and value of multi-clouds in future. Complete integration of all the prevalent public clouds like Microsoft Azure, Amazon Web Services, and Google Cloud Platform is possible with multi-clouds. By allowing the existence of a wide-ranging cloud network in a single platform, they also help in optimization of multi-cloud management into a single activity. Additionally, by enabling the automation of IT networking, multi-clouds ease the process of connecting to and switching between public and private clouds. Significantly, with centralized cloud networking management businesses can access, control, analyze and trace faults in all their cloud resources in one united place. This can lead to optimization and increased efficiency of business and this is what business wants.

All this states that the focus of multi-cloud computing emergence, and eventually adoption, is on connectivity and so, it makes networking and easier ways of managing networks more relevant. Looking at the emerging cloud options and the changing landscape, it is also important to consider reasons for enterprises turning to cloud providers.

The Hyperscale of Cloud Providers

The cloud infrastructure of Microsoft, Amazon, and Google is on a large scale to such extent that they are been talked as a hyperscale cloud, instead of a mere cloud. They not only offer a safe, scalable and global hosting service but also constantly innovate and collaborate, ensure that they experience immense growth due to it.

Being in a features arms race, hyperscale providers' latest battlefield is creating platforms for machine learning and artificial intelligence, uprising these spaces slowly. We can observe a further consolidation of their services over the next twelve months with hyperscale providers building easily consumable and operational cost reduction platforms. This will lead to the cutting of cloud expenditure naturally as the hyperscale cloud will become more matured, highly accessible and easier to work with, forcing a further decline in traditional computing.

Companies have undergone digital transformations since a long time, but since cloud platforms are innovating continually and the efficiency of machine learning and artificial intelligence is increasing, careful evaluation if what is right needs to be done by businesses. This decision can't be taken solely by the IT team today.

It's good news for several businesses that cloud-based storage will increase and become cheaper in 2018. Since data stored in the cloud is in standard form and more and more companies are moving some of their infrastructure in the cloud, there will be an increase in total amount of data stored with service providers. As per Cisco's prediction, in 2018, the global storage capacity will boost from 600 EB to 1.1ZB that is approximately double the available storage of 2017.

In terms of small businesses, this means that they are able to create custom-made storage solutions for reaping the benefits of cloud's potential cost efficiencies while large businesses are able to store big data in the cloud for analyzing and forming insights that help in performance improvement of business.

The Evolving Internet of Things (IoT)

Being a fundamental part of the IoT's infrastructure, cloud helps in the communication of a range of connected devices with each other such as TV, your mobile phone or car. In future, as connected devices will be increasingly adopted so thus the cloud usage will keep on increasing naturally. Yet, these devices are becoming highly connected as well as intelligent. With the fusion of IoT and artificial intelligence, innovations and complex analysis and insights to be created is being allowed, leading to the evolution of IoT into the internet of everything (IoE).

2018 will be the year when IoE will allow technology to interact more intelligently with humans as well as humans to interact in new and highly complex ways with other humans. Google Pixel Buds is one of the good examples of this as it can identify and translate languages in real-time with the use of Google Translate. Though it's just a start, this type of technology will become very common with the advancement of IoE.

Security Will Still Be An Issue

As per TechRepublic's article on cyber attacks, 46% of all businesses faced at least one cyber attack or breach in 2017 and this number is expected to rise in 2018. No doubt the number of connected devices is making human life easy but unfortunately it's giving an opportunity to hackers to create highly complicated attacks and so security will continue to be an issue for cloud-based services.

It is foreseen that in 2018 high investment will be made to ensure that cloud services offer strong protection against the developing complex data breaches. Even cybersecurity companies might invent some ways to offer new security options for cloud computing.

Finally, it seems that 2018 will contribute to multiple events related to cloud computing.