E-Commerce to V-Commerce | A “Virtual” Shift 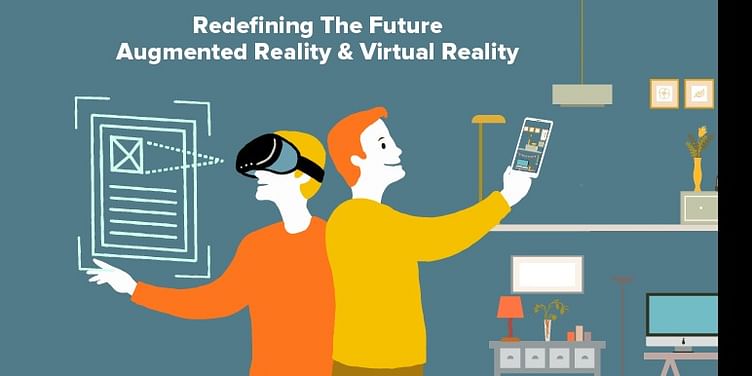 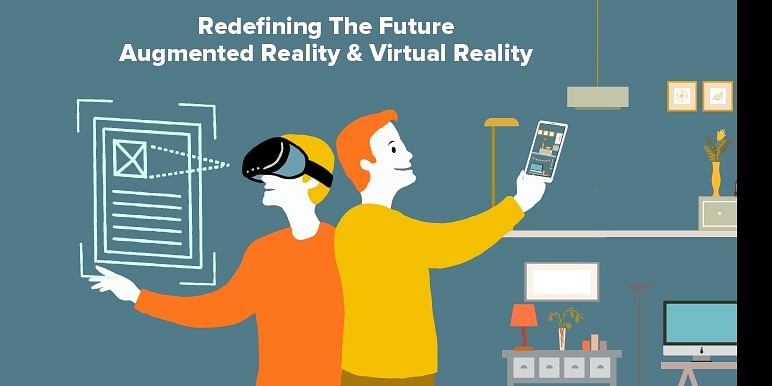 Pick a real-world scene--->Virtual object Add in it--->Visualize the digital as it is real.

Augmented reality (or AR) has already become one of the hottest trends in advertising especially due to the innovative nature of the benefits that come with it. Marketers have taken one step ahead of Traditional marketing to Digital Marketing. Now it’s the time to move one step ahead towards Augmented Reality (AR).

Virtual Reality will give you the 360-degree view. Consumer demand, high-quality devices, and technologies which make AR/VR a next major advancement in the tech world.

Virtual reality (VR) may have fallen behind augmented reality, but it is beginning to see the adaptation for e-commerce. Some companies have begun using it to provide virtual in-store experiences.

TechCrunch predicts that the AR market will reach $83 billion by 2021, driven primarily by AR on mobile devices. Statista goes even further and predicts $90 billion by 2020. They also expect 64.8 million shipments of augmented reality hardware in that year. Both sources predict that AR will greatly outperform virtual reality. With high expectations for consumer adoption, the retailer can’t take a risk to ignore the Augmented Reality trends in 2018. AR creates an opportunity for customers to interact with products and choose a better option.

Some of the companies already started adopting AR/VR technology:

• eBay Australia and the Myer store launched the first ever VR department store.

• Facebook advanced Oculus which has cost them almost $2 billion.

• Alibaba also announced that they are working on creating the Virtual and Augmented Reality services for e-commerce.

• Other major players like Microsoft, HTC/Valve, Sony and Samsung have their own projects.

According to Satista, about 77.3% of shoppers abandon their carts before completing a purchase. Even though the inception of E-Commerce made a big shift in consumers buying habits, the credibility before them is still a big question. VR/AR E-Commerce technologies can help businesses solve the problem by letting buyers experience the truly immersive shopping experience.

Benefits of using the Augmented Reality Technology in E-commerce Industries:

• Reduce the exchange or return procedure.

• Buy before you try.

• Immersive view of the product.

• The ability of Modification and customization: Augmented reality makes it easy for consumers to explore their options and make personalized modifications while online shopping. With retailers who offer augmented reality, shoppers can change the colour of furniture they’re looking to buy to see how it looks in their home first.

77% of shoppers want to use Augmented Reality to see product difference such as a change in colour and sizes.

So get ready for a big Virtual Shift.