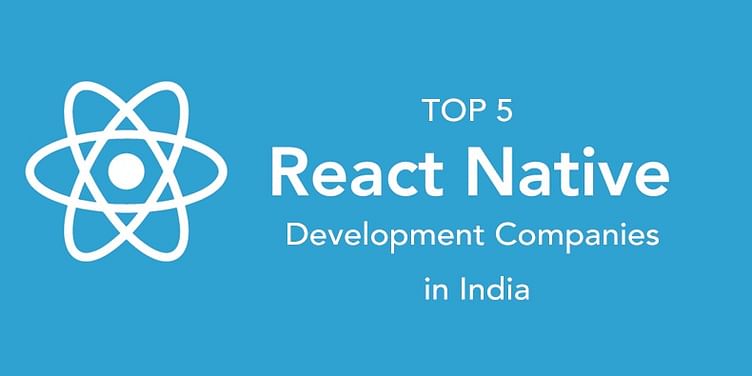 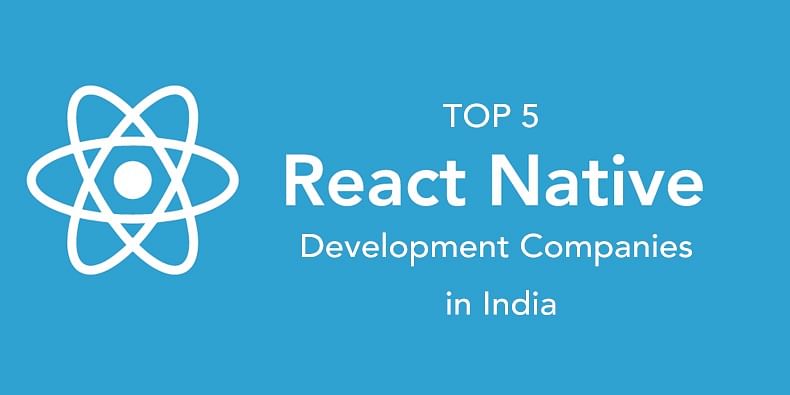 For most mobile app development companies it is incredibly important to maintain shorter development cycles while not compromising on feature set or cross-platform native performance. Often developers need to ensure any one if these at the expense of others. React Native is one of the development languages that ensure fast-paced development by reusing codes while boosting the apps with native capabilities.

Indian developers have embraced React Native as the ideal framework for building engaging mobile apps across the platforms. We have picked here top 5 React Native development companies in India.

Nimblechapps, headquartered in Ahmedabad is one of the leading mobile app and web development companies India with a strong team of React Native developers and several successful React Native apps to its credit. Boasting a strength of 200+ in-house developers with years of experience in hybrid app development with React Native, Nimblechapps is preferred for building dynamic apps with optimum ease of use and rich set of features.

Nimblechapps is a well-known development company that has a strong portfolio of several React Native apps built for a wide variety of business niches. Our React Native developers take full advantage of the rich ecosystem of tools and components this framework offers and focuses on building feature-rich, instantly engaging and dynamic cross-platform app in quick time. Fast-paced development, easy to interact interface and wider scopes of customisation are some of the key aspects that we try to incorporate from this powerful framework.

ValueCoders has its headquarter in Gurgaon and two international offices in US and U.K. It boasts of a team of industry’s most well experienced React Native developers who played an instrumental role in shaping many successful hybrid and cross-platform apps to this day. Leveraging the fast-paced development attributes of the React a Native framework the company ensures exceptional pace in completing its projects.

If you are keen on reaching a company that has been an early adopter of the React Native framework, you cannot name any other before Codebrahma in India. Codebrahma headquartered in Bangalore and having a business operation in the US is one of the most trusted and sought-after names when it comes to React Native app development. The company has many key strengths in working with this platform including faster development within the specified timeline, a diversified team consisting of React Native experts from various niches, credibility in building future-proof apps that cannot be rendered obsolete too soon and a highly competitive rate for app development.

Codebrahma has been one of the early starters in the app development with React Native framework, and this is precisely why it boasts such a huge team of expert and experienced React Native developers. The company is also credited to have a large and thriving React Native team consisting of a team of developers, engineers, designers and project managers to incorporate a varied range of expertise from their respective fields. Maintaining a minimum cost of development and delivering highly future-proof products that can deal with emerging technologies are two key strengths of the company.

Agriya is a Chennai based development company with a global clientele for its exceptionally sophisticated React Native apps. The company has made a niche presence with its powerful and easy to use React Native apps for diverse enterprise needs. Agriya with its vast cross-platform development expertise has adopted React Native expressly for the purpose of delivering sophistication without compromising on the time to market and rich feature set. The company has a consistent focus on building unique apps for enterprise specific interactions and business processes has already established a reputation.

Agriya boasts of a large development team consisting of some of the best industry experts in React Native platform. Agriya’s core strength lies in incorporating the power of React Native to highly custom-built mobile apps for the business-specific audience. Unmatched user experience, sophisticated UI and lean app development avoiding all extra load of features, are few of the core strengths of this company.

With a long list of leading companies including several Fortune 500 companies as clients, Mobisoft is an automatic choice among the leading development companies in India. For the vast majority of its successful apps company had depended a lot on React Native framework to ensure extremely lean and fast-paced development process and sophisticated and future-ready output.

All the above mentioned React Native app development companies enjoy a global presence with clientele spread all over the world and across diverse niches. These React Native companies are equally respected in their homeland as well as in abroad.