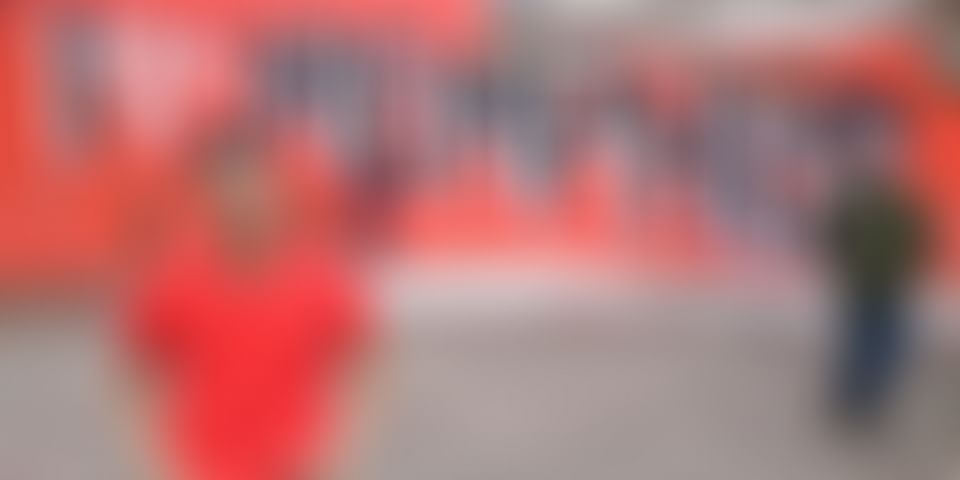 Ever wondered how Buddha began to tread on the path of salvation?

Renunciation was his mantra – renunciation of what he didn’t need. And now, in the present success scenario, no matter how out of line it may seem, this 25-year-old entrepreneur and growth marketer called Rafi Chowdhury has used it wonderfully well. 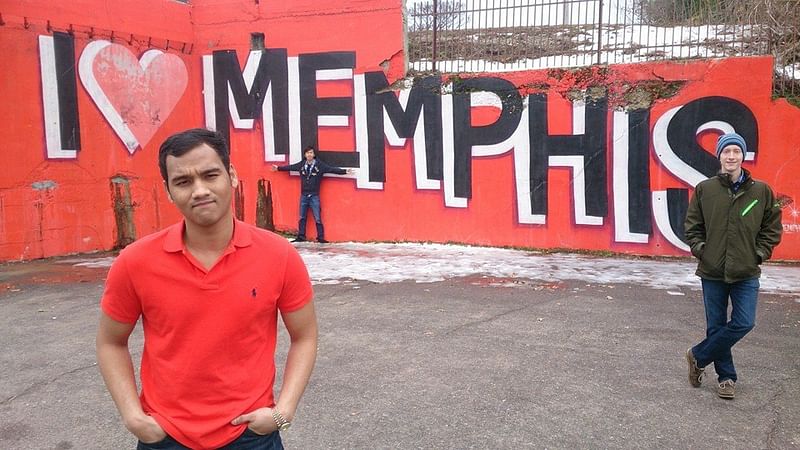 Right now, he is one of the flourishing growth marketers on the continent and the world, but that is not how he had begun. Born to a Bangladeshi immigrant couple, Rafi’s success is one that is self-made. From learning chess to coaching students in this indoor sport, to becoming a chocolate entrepreneur, to creating mycampushacks.com, chowdhurysdigital.com and rafichowdhury.com, Rafi has seen it all. But, that just spells rags to riches. What is different about him is that he is not hoarding more and more like any youngster making good money would. So, there is one different thing he did to make his life even better – get rid of 90% of his belongings. That is what he did, and is still on his way to giving up more, so that he can do better, live better.

While this philosophy of giving up is working very well for him, here is what exactly, Rafi is doing:

• Moving from a Swanky Apartment in Los Angeles to a Simplistic One in Bartlett, Tennessee

Reason – to save more by escalating the relative income. He owes this idea to Tim Ferris who will definitely declare you richer if your relative income is higher than your absolute income.

Here is how he puts it. If you work for an annual salary of $100,000, this entire amount is your absolute income, and it can only be measured in dollars (or whatever your unit of currency is). But, now let’s look at it a bit deeper. If you work 55 hours a week to earn these $100, 000 for 52 weeks, your relative income is only $35/hour. Yes, it has two variables – dollars and the time taken to earn those dollars. If the latter is low, you could end up relatively poorer than you think you are. So, in order to make more relative income, Rafi made this move, and here is what his new apartment looks like:

Thats, his bedroom with the perfect recliner! 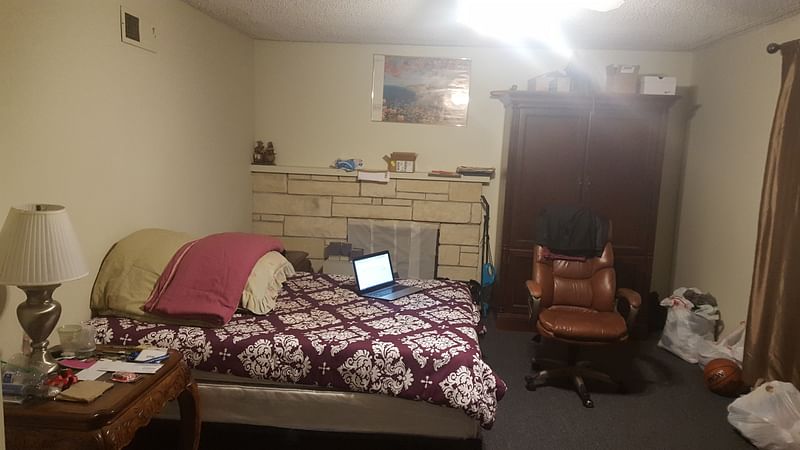 So, this is what Rafi did, increased his relative income by moving to Bartlett from LA, saving a fortune as the apartment rent. So, he earns less but saves much more than what he was saving in LA. And, what adds to this is the gained proximity to his friends and family – a total advantage when it comes to happiness. Rafi feels that this step of his, has not only made him happier with the support of his dear ones, but also aids him a lot in balancing his life.

He grins about what a significant financial favor he’s done to himself. His salary in LA was $100k and he was paying $1k per month for apartment. But, in Memphis, his home town, he earns around $60k with his online endeavors and consulting. Nevertheless, since the taxes that he ends up paying in Tennessee are pretty little as compared to a whopping 40% in California, there is always saving on the cards.

• Getting Rid of What He Wanted but Didn’t Need

Yes, call it minimalistic, but that is how Rafi chooses to be now. Along with the apartment, he also got rid of most of the stuff that he may have only wanted but not needed. Rafi says that this particular lifestyle has been the most wonderful phase of his life till date, and he does owe it to “The Minimalists” – Joshua Fields Millbum and Ryan Nicodemus who help their 4-million plus fan base lead more meaningful lives with “less”. The duo gave up their comfortable abodes and, moved into a cabin in Montana in order to get away from the webs of life and concentrate on their writing. And, that is where they work and live till date. Quite an inspiration! So, be it high-end furniture, a never-ending wardrobe, all that decorative stuff – all gone! So, now, Rafi has what he needs, except for these t-shirts which he soon plans to donate to those who need it. 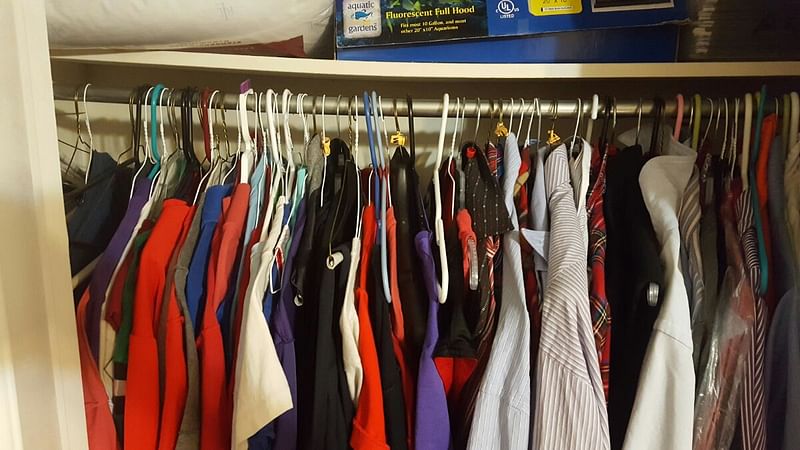 • Reconnecting with Family and Friends

While the world is moving ahead on lines that are more individualistic than ever, you still can’t deny what a great feeling it is living close to your friends and family. Living in Bartlett, for Rafi, gives him the ability to catch up with his near and dear ones every once in a while. Just the perfect situation for him, not living with the family, but staying ever so close, still.

Right, what Rafi believes is that eating only what your body needs is the mantra. So, his latest diet is none other than keto, which helped him lose 15 lbs of fat and gain 5 lbs of muscle over just 2 weeks. Now that is what we call results.

Just in case you didn’t know a keto, or a ketogenic diet is a (very) low-carb diet. The aim? It turns your body into non-stop fat-burning machine. The benefits – better health, increased physical as well as mental performance, and weight-loss. So, this is a part of his typical diet now 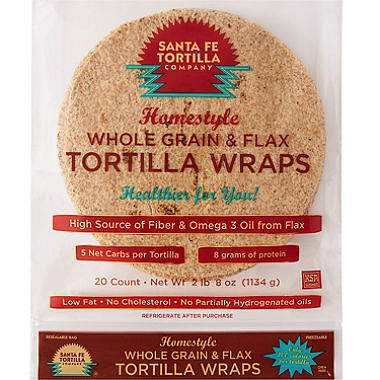 Apart from some more food items like meat chicken, veggies, nuts, and probably a wrap which is veeery low on carbs.

• Biohacking is the Inspiration

The great part of Rafi’s bold move from a lavish apartment to a simplistic abode, from a plentiful wardrobe to only the essentials, from an I-don’t-mind-eating-it-as-long-as-it’s-food to a keto diet, what forms the basis, apart from minimalism is, biohacking. Just so you know, this impressive term is one of the best ways get yourself back on the track of robust health. It includes a set of simple but important hacks that add so much more value to your life. Plain-seeming acts like waking up early, taking a cold shower, having a coffee, etc., can make such a difference in your life as you would never imagine. And, this is what Bulletproof (brand for supplements, foods, and technologies) does for Rafi.

The best part, as Rafi describes, about leaving his previous lifestyle is the liberty from the grind of a 9 to 5 job. While working from offers him total flexibility in his time of work, his virtual assistants make sure that the work always goes on in a smooth manner, totally undisrupted. And, all the savings that he has made with the smart move of moving to Bartlett, allows him to spend it on more important things in life, like travel. So, traveling is what he does quite often, and he doesn’t have to stay worried if he has to report back to office in time, or that he will be sacked from a high-profile job position for being a truant.

So, he is going places now, and Google Headquarters is one of his most recent travel exploits.

While most people do not believe a young man of 25 to have achieved so much, it is even more difficult to believe the kind of changes he has made to his lifestyle, but for the better. Nevertheless, what he is doing, may soon be the mantra of many new entrepreneurs to come.