Story of Vambalamma, the Mother of seeds! 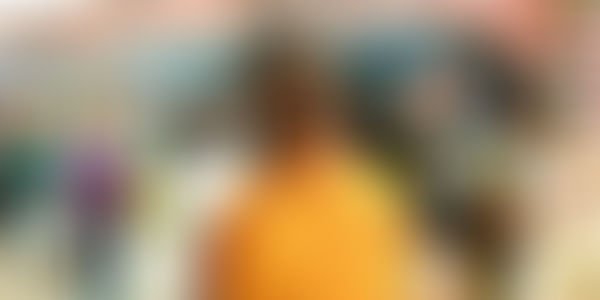 Feminism is building one’s life with freedom realizing the self and its environment. In that sense, Vambalamma is surely an eco-feminist.

Do you know whatever ways she has thrived agriculture?

Whoever happens to meet her will tend to call her ‘mother’; that is the magnetic charm that she holds with her. She was sharing the stage at the National Seed Diversity Festival conducted recently in Chennai. She shared the stage with other prominent environmental scientists, scholars, activists and authorities emanating the fragrance of her rural nativity. While the others were intending to share the ecological concerns, significance of organic farming and importance of using traditional seeds, she offered to sing a song with her folk voice. 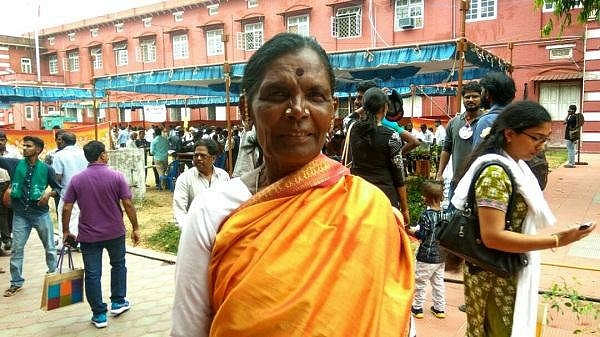 The content of the song is emphasizing the respect that the hard laboring farmers deserve towards agricultural growth and at the same time suggesting us to share with them the traditional varieties of various seeds as a tribute. She has been following the practice of sharing the traditional seeds with farmers since thirty years as a mission.

Vambalamma is her name. She belongs to a village, Thali, near Hosur, situated at the border of Tamilnadu. Like many other farmers she was using chemical fertilizers and pesticides in her field, thirty years ago, aiming for higher returns. She realized her mistake as soon as she witnessed the soil getting hardened day by day and eventually dying. Only after she realized she started gaining knowledgeable about natural farming practices.

We would be awestruck if we learn what happened after she got into organic farming. Every day when she takes her herds of cattle and goats for grazing she started collecting various seeds naturally found on the ground and planting in her farm. She used to collect the undigested fruit seeds excreted by the herds and planted the same in her farm. She has never read about organic farming and she learnt everything by practice. By virtue of that knowledge she could strategize farming of her own land. “Do you know whatever ways she has thrived agriculture?” those who associated with her for the past thirty years exclaim so about her. Singly she could roam around the forests and wilderness to gather about one hundred traditional varieties of seeds, so far. 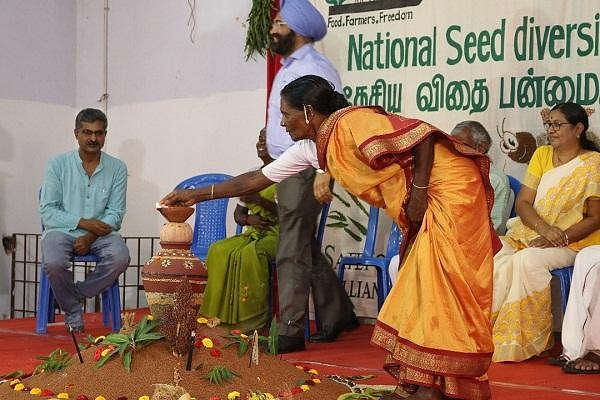 She started explaining about her journey for the past thirty years, in a mixed language of Telugu and Kannada. “At the beginning I started farming in a small piece of land. I could get a return that is more than what I used to get through chemical based agriculture. Then only I realized the significance of farming in harmony with Nature. Then I intended to benefit the farmers of my village the way I had benefitted. So I decided to share the seeds to all of them. But with a condition that if I give them a seeds they should in turn give me two seeds later on after the harvest. They could not make it in the first year. But consequent years they were able to share the seeds. Currently, all the farmers in my village are following organic farming only” she smiled.

Such a magnitude is her achievement all along as a single woman at her age of 88. She has witnessed three generations after her. They too have been supporting her in her journey of organic farming. “I don’t have a single gray hair. On par with my physical work is my strong physique. The reason is living in harmony with Nature. Nature will never abandon us”. She joined her hands with force, hinting her strength at her age. The local farmers call her, ‘Mother of seeds’.