The Story of the New IoT and What Comes After

A new layer of the Internet is born, leaving Jio and Airtel in the dust

The Internet of Things, or the IoT, is the hottest buzzword since Hyperlocal-social-mobile. Everyone in the Venture Capital and Startup scene is using the term IoT.

McKinsey Research claims that by 2025 the IoT could be worth over $11 trillion USD . Powerful computing and wireless connectivity will become almost free, ubiquitous, and will enable a massive new network of Things around us. But the IoT is changing, and giving birth to a new layer of the Internet. The networks that unfold will change humanity forever 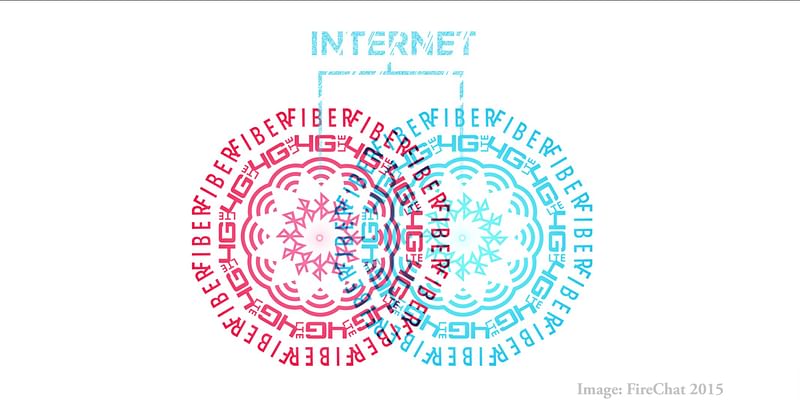 The Internet of Things is evolving quickly. Today these “Things” connect through the Internet. Tomorrow, they will connect directly to each

“The interconnection via the Internet of computing devices embedded in everyday objects, enabling them to send and receive data”

The problem is these IoT devices don’t truly interconnect, they just connect to the internet. Just like a cell phone or a laptop, the IoT is a bunch of “stuff” with an internet connection, (though generally operating at a lower energy level). Before, the only way for two different IoT devices to communicate directly is over an Internet connection.

My question is: What happens when these devices begin communicating directly? And What comes after?

“Future computers will not only be cheap, but extremely powerful, highly connected and supremely intelligent.”

As wireless computer technology grows smaller and cheaper, powerful computers are being woven into clothing, disposable products, and are ending up as a part of the world around us.

The story begins in Hong Kong in September 2014. The last enclave of the British empire had fallen to China, and the umbrella revolution of 2014 was sweeping the city, demanding free democratic elections in lieu of Chinese elected officials. 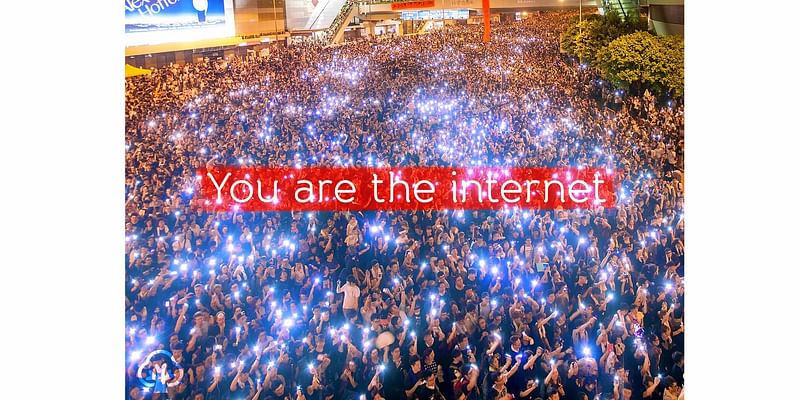 The first peer-to-peer network of its kind. Image (FC)

The problem with protests is that they must be coordinated, and the large crowds easily congest the wireless 4G networks. Joshua Wong, a voice of the protest, suggested the protesters use an App Called FireChat. The whatsapp-like app used Peer-to-peer Bluetooth and Wi-Fi to create a giant offline messaging network.

These networks cannot be censored, or even jammed without advanced electronic warfare.

In a matter of days, over 3 Lakh people installed the app, forming the largest offline mesh network of its kind. Devices that used to connect to the internet, now connected directly to one another.

Fortune magazine stated: “FireChat is sneakily subversive and quite possibly the most important thing to happen to the Internet since international network hubs began to form in 1995.”

A new layer of the mobile internet was born. I spent two years working with FireChat, building hardware to augment this new kind of network. The "Internet of Things" could now spread without Internet. As these things begin to interconnect, the things became the Internet. 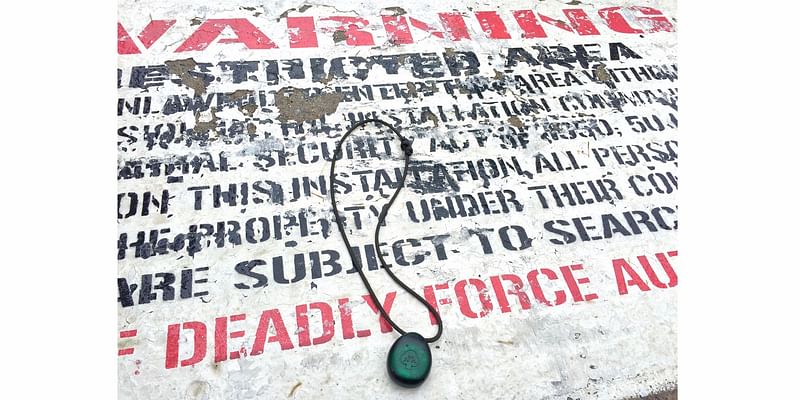 The GreenStone device I designed to aid in building peer-to-peer messaging networks. Shown inside a US military base.

What begins to form is a network of everything all around us, creating radically cheap connectivity and giving us deep insights into the world we live within.

Historic trends tell us that computing will not only get radically cheaper, but highly connected and supremely intelligent. Computing has also become more energy efficient, meaning we can run computing devices on thin air. Energy harvesting technologies (Like Solar, RFID or Ambient Backscatter Communication) will convert ambient electromagnetic waves into electrical energy that will power the new IoT.

This means powerful wireless computers will be dirt cheap, microscopic, disposable, and all around us.

The exponential trends are heading to a world where connectivity percolates into every aspect of our reality.  Imagine free SMS, VoIP and Video calls, all using solar powered infrastructure and too cheap to meter. The platforms that arise, and software running across these devices, will change Humanity forever.

“Every human will have a smartphone in their pocket very soon,” Micha Benoliel, the founder of FireChat explains to us, “These devices have the power to build their own wireless networks by interconnecting directly to one another [over Wi-Fi and Bluetooth],” He believes smartphones themselves will form massive peer-to-peer networks, a concept he demonstrated successfully with FireChat.

This will impact not just smartphones, but enable tiny connected “IoT” devices to form gigantic networks.

What Benoliel imagines is a global data network that each human and thing participates in.

And that is just the beginning.