Pact With Blackberry And Apple- TheBoosters for “Make in India” initiative 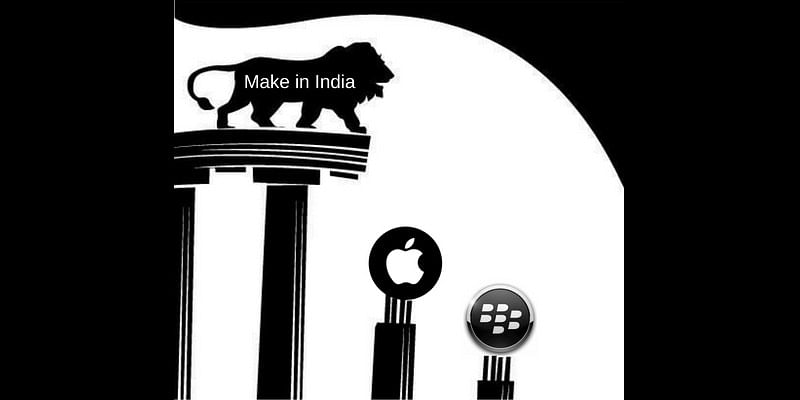 The initiate taken by the Prime Minister Narendra Modi “Make in India” to uplift the multi-national and national companies to fabricate their products in our country; once again turn out its achievement.

Another supportive pillar united with the ‘Make in India’ initiative. Canadian smartphone maker Blackberry associated with Optiemus telecom firm and signed a long termlicensing agreement for theproduction of Blackberry branded mobiles. This alliance permitsOptiemus to manufacture, sell, promote and provide customer services in theIndian market and neighbouring markets as well.

Blackberry go behind the iPhone maker Apple Inc which mark the pact before. It seems like phone makers started having faith in the Indian market. The aim of the policy of “Make in India” to make products in thecountry to derive the benefits bring to light now.

Apple and India have had for the longest time a peculiar relationship. Now Apple wants to magnify venture in India as the country of billion grow rapidly in thesmartphone market.

Take a look at the pie charts

Apple has managed to double its share in India over the past two years. By establishing manufacturing and retailing units could make the phones inexpensive and boost the growth.

The US-based iPhone maker Apple inscribes the agreement with Karnataka government and has decided to start manufacturing its product in the state of India, Bengaluru. The company is grabbing the benefits on imports of components and equipment by way of Modified Special Incentive Package Scheme. The scheme propounds incentives and attracts investments.

Once a market pioneer in the smartphone market, Blackberry, was facing the bearish trend in the last couple of years. The company started losing its radiance with the growing Android market.For re-capturing the market again, Blackberry took another step toward growing its software business. Blackberry inked the pact with Optiemus Infracom and expand its existing relationship with them.

This is an important milestone for Blackberry to put the smart in phone,’ providing state-of-the-art security and device software on a platform related to mobile customers, with more localization’

The journey of “Make in India” initiative so far airing its success in the whole country. The strength of inflows shows India’s relatively strong growth prospects and government efforts to liberalise foreign investment regulations.

It's just a start, will see enormous momentum once global scenario improve. This program leads to boost up the Indian economy and GDP growth rate with the help of these major pacts.

Limiting her in few words would be a herculean task. She Likes to add some zing to the story. When not writing, she loves to watch movie. She especially enjoys being a fashionholic. Affiliated with QuickCompany which helps to Start a company in India, LLP Registration, Pvt Ltd Registration, Tm Registration, Company Search, Trademark Search and Other Legal Activities.