The Man Who Wore the Sanitary Napkin

The article has been co-authored by Saurabh Kala and Swapnil Kale from NMIMS, Mumbai

“How a school dropout in Coimbatore became a visiting professor and guest lecturer at all the IIMs still confuses me.”

This is the humility with which the great men veil their achievements under the garb of superfluous self-mockery. Bad comics, they are.

Arunachalam comes from rural Coimbatore in the Indian state of Tamil Nadu. He lived his young age under abject poverty forcing him to quit schooling. When in school, he had once won an award for a Chicken Incubator design of his. These innovative vibes never ceased to amaze him.

Shortly after his marriage, he discovered his wife using rags to aid in her menstrual period. He asked her to buy sanitary napkins from the market. She asked him to cut the family spending on milk. He was moved. More so when he later discovered women using damp soil, husk or even ash for the purpose. Natural to a man of his caliber, he started looking for new, low-cost alternatives. He devised many prototypes, but couldn’t find test volunteers. He asked his wife, she declined. Asked her to ask his sisters, they declined. Asked women from the community, they not only declined but threatened him of dire consequences, leading to his temporary ostracization from the society. But this is what he had to say, “It is shameful for me that to make sanitary napkins for my wife and my sisters, an American is needed.”

If we were him, we’d have quit. No point doing something for someone who does not acknowledge it. Sadly, some people never learn.

He decided to test it on himself. He filled goat blood in a football bladder tied to his waist which supplied to the napkin which he wore. Every now and then he would squeeze the pouch and let the blood run down to the napkin. “Those five days make me bow down to every woman in respect. I can never forget the mess”, he commented. Doubtlessly, he took his respect to a much higher level.

So two years of rigorous research, he eventually learned that a special cellulose derived from pine wood would be the key to a solution. He spent another four years (yes, four long years) devising an apparatus that allows a simple and cost effective pad creation process which can be run with basic training. The apparatus consisted of three machines, for de-fibration, core-forming and finishing, respectively. He patented his innovation. “Many people patent their inventions to sell it off and make money. I never did that. Because if you run after money, your life loses its beauty”, he says.

He founded Jayashree Industries to help market this product to each and every corner of the country, lest any needful woman should compromise. As expected, several corporate entities approached him for the commercialization of his idea, but he never agreed. Rather he provided machines to women self-help groups all over the country. At a starting price of ₹ 80,000, each machine could produce 1,000 pads in an eight hour shift. Per pad costs comes out to be ₹ 1 to Rs 1.50 including overheads, which, Muruganantham says, can be sold for ₹ 1.50 - 2 apiece for a sizeable profit. Compare this to the multinationals that sell the same at ₹ 5-6 each.

The man with eternal animation in his demeanor always manages to astonish you. But behind this lies a man recognized as one of the Time Magazine’s 100 Most Influential People in the World of 2014, President’s Best Innovation awardee and the protagonist of the all-praised documentary ‘Menstrual Man’. What he faces is the dilemma of choosing the better of his achievements – universal accolades, surpassing boundaries of countries, caste, race and religion or the smile on the face of the woman whose life he touched, the physical reward or the subconscious peace of having served his purpose in life and the monetary value of his invention or the seeing the young girl go to school with the money her mother makes by working on his invention.

It’s Ganesh Chaturthi in a small town in rural Uttar Pradesh. I see the women chanting resonant hymns. Engrossed in divinity, unaware of the world that surrounds them, revering the unknown power who has uncovered his lights unto them.

But in their front, I see nothing but the three machines.

Maybe it is the unknown power they had always known. 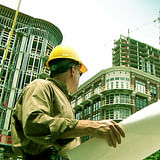 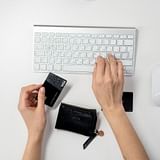 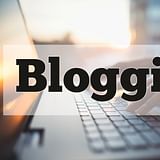 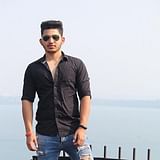