What start-Up leaders can learn from Anand Mahindra 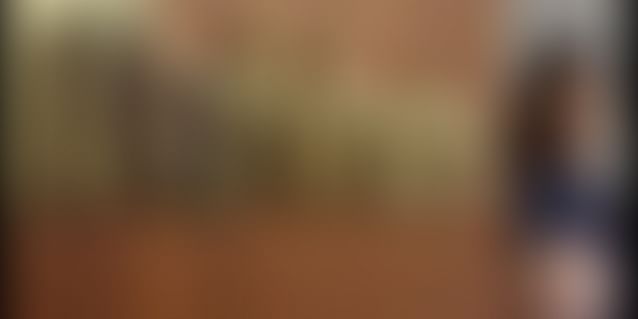 My sister Jinny, who is a management coach based in Gurgaon, recently penned down an article on leadership for a magazine. Since I have read the article, I have found myself constantly thinking and challenging various styles of leadership and leaders that we have today.

We have been working with Mahindra since 2009…I am writing to you to share with you the perspective of a vendor at Mahindra.

It is an absolute joy and pride for us to be associated with your company. Vicariously, we deal with Anand Mahindra in every department and every employee. Your leadership has trickled down to the last person in the organisation… The teams at Mahindra have shown integrity, professionalism and commitment to the highest standards.

Thank you for making your vendors feel worthy, respected and valued. I have a foot in mouth abnormality and was vocal enough to tell some of the other companies to learn from Mahindra, leaving them spell bound and ashamed of themselves.

Thank you once again for being a leader that I can only aspire to be one day.

Thank you for sharing your sister's article which I found to be erudite and invigorating....

And my gratitude also for your exceedingly generous words. I will file this mail in my personal archives to share, at some point, with my grandchildren!

The above is a recent exchange between my sister Minnie, Managing Director at Akal Springs, Ludhiana, and Anand Mahindra, Chairman and Managing Director of Mahindra & Mahindra – a leader who inspires her the most. This exchange came about as a result of an article on the leadership lessons at Uber written by me and published by Your Story a few weeks ago (https://yourstory.com/read/8a2f7aca02-uber-a-leadership-inq). It had not only inspired her to question her own leadership style but also question the leadership she saw around her – especially with business partners, like Mahindra & Mahindra, to whom Akal Springs is an OEM vendor.

I am delighted at the inspiration my sister drew from my article and acknowledge her for occasioning this example of leadership.

Anand Mahindra’s succinct yet deeply attentive response serves as a very practical example of some of the positive leadership orientations I allude to in my article. Particularly:

• Leaders’ ability to access conversations to make a difference

Upon looking beneath the humility and the humanity of his message, the above stated aspects of leadership clearly stand out in his exercise of his leadership.

To begin with, the act of according a personal response to an email from a vendor reflects Anand’s orientation and foresight to access a conversation. A response from an Executive Assistant a week later would have been sufficient to maintain the decorum of an OEM-Vendor relationship. That he chose to respond personally reflects his motivation to go above and beyond his call of duty to honor people.

Then there is the nature of the response itself to be considered. An inert one-liner expressing appreciation would perhaps have sufficed to keep my sister reasonably satisfied with the notion that her sentiment had been noted. But Anand Mahindra chose to articulate a meaningful response that elevated my sister’s sense of being.

Anand’s response is telling of the emotional intelligence he brings to bear to his everyday endeavor of leadership. This is clearly visible in the way he empathizes and connects with a deep sense of the gratitude and acknowledgement Minnie offers him in her communication and he reverberates that emotion with an equally deep sense of gratitude and acknowledgement for her with a simple yet profound statement, ‘ I will file this mail in my personal archives to share, at some point, with my grandchildren!’

Traditionally, most leaders and businessmen would consider talk around emotions ‘fluff’. Often, their stance is that emotions have no place in a business environment. Yet Anand Mahindra with a single and succinct emotionally intelligent business conversation adds immense value to the brand Mahindra. Anand lends weight to my case that it is business prudence for leaders to remain invested in opportunity of conversations and access them to create lasting business value.

That Anand Mahindra finds my article erudite and invigorating reaffirms my belief in my work.