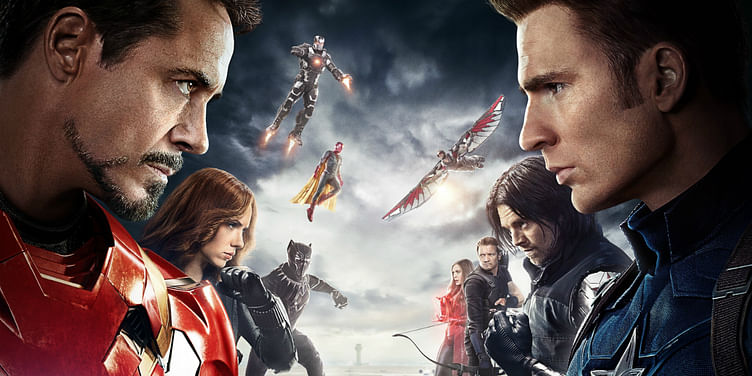 Divided we stand; United we all fall! 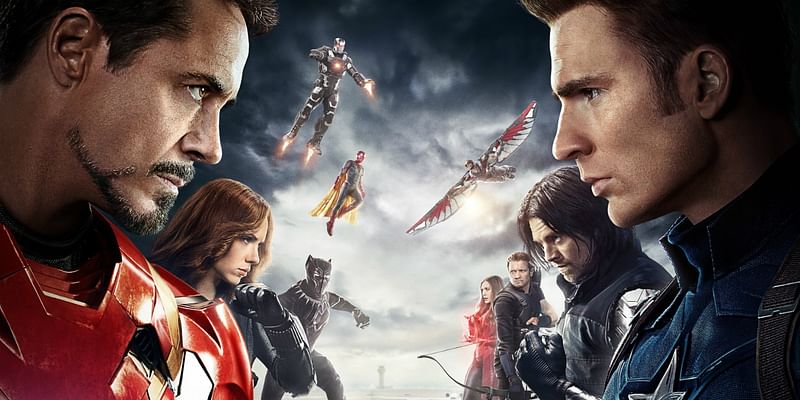 Could the fictional Capt America- Civil War movie be the future our generation is staring into?

Before I jump into the core of my topic here, a quick recap of history might be useful. The last and only time India ever had a full blown civil war was in 1558 A.D. between the Mughals & the Rajputs.

Post that period, if there was one period where India came really close to a civil war was in the late 1980s to early 90s. This dark period between 1984-2002 was possibly the worst in modern Indian history. Sikh extremism, Islamic extremism, Hindu extremism, Christian extremism [North East], Buddhist extremism [Sri Lanka] were all in their violent peaks. All religions and all major political parties were involved in some brutal pogroms. Terrorism of all stripes were all over India. While the 1947 partition was more binary [Hindus v. Muslims] this time it was a free for all clash. 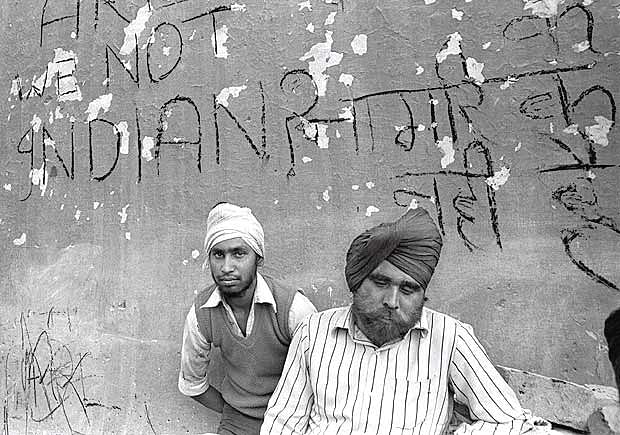 In this period of India's worst terrorism, India came twice very close to a nuclear showdown with Pakistan. Indian planes were hijacked and bombed. In a 7 year period two top leaders in India were assassinated - one a sitting PM and another a prospect PM. And then it all ended as mysteriously as it started.

In short, it was a shitstorm across India. But, even in this worst period Indians kept their chin up and held "this too shall pass". And it did. Almost all the terrorist movements mentioned above came to a rest. Sure, there are some external terrorist organizations that operate [like in 2008 Mumbai attacks] but internally religions have patched things. The 1980s and 90s tested India's resilience against civil wars. It worked. This too had passed. India survived and became a fast growing economy.

What the last government left for us is pretty much known to all of India. One scam after the other became a norm of working/living in India. Hence in 2014, India came out and voted for a change. India and its citizens found Captain Modi the righteous person do so. We gave him 270+ seats to win with a resounding majority. In my opinion this historic day would mark the beginning of the Civil War 2019 chapter. 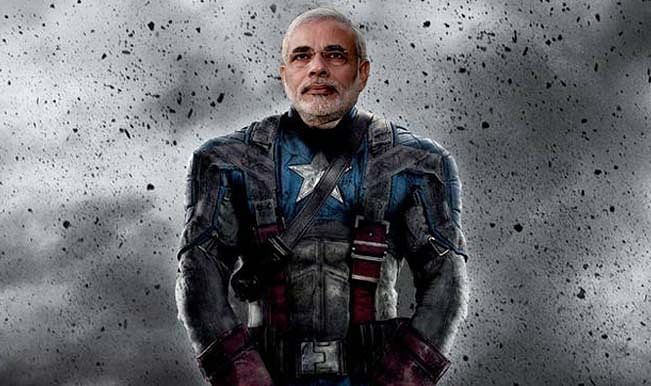 Hope is what our country has rested its foundation stone on. The hope that the roads outside will improve, the hope that I will get a better salary, the hope that someday I'll be able to buy my dream house.

India and Indians are 'Hopeful' people. Hence as always their lies tremendous 'Hope' in our political system and our state representatives. Now comes the troubles around being so hopeful. For starters Modi was expected to come in power and wave shiny new wand and dispel the UPA created dark storm. That unfortunately hasn't happened as of yet. Yes the working within the government is far more efficient and clean vs what it was during the 'Vadra' days. India today is on the global map for being one of the fastest growing nations, for being the youngest(by population) nation etc. All the remaining good / bad initiates can be read online.

As seen in this chart above over 55% of India is below 30 years of age. Yes this does mean we have a lovely young population(me included!!). The problem begins with this chart. By year 2019 over 30% of India will be in the 18-30 year age bracket. This new generation of India or the so called millennials are the working force who's aspirations from life and work are a little away from reality. This generation needs instant glory/gratification. Facebook, Instagram, Snapchat, Whatsapp, iPhones, iPads, Flipkart, Ubr, Ola, Amazon are all for and by their usage.

Now we come to a very critical question- How would this generation sustain without a job/employment/salary??

The thought in your mind is WTF is wrong with this guy. He's lost his brains!!

Well, dear reader I'm again deep diving into history to back my thesis. The bulk of employment generation over the past decade has been across the following sectors/industries

1) IT Cos in India: ~6.2mn people across all major/ small IT/BPO/ecommerce cos

2) Banking and Financial services- Both PSU and Private: ~4.8mn people

Now let's do a little crystal ball gazing here. There's this guy in the US who's life mission is to almost kill/ make redundant India's IT and pharma export biz. 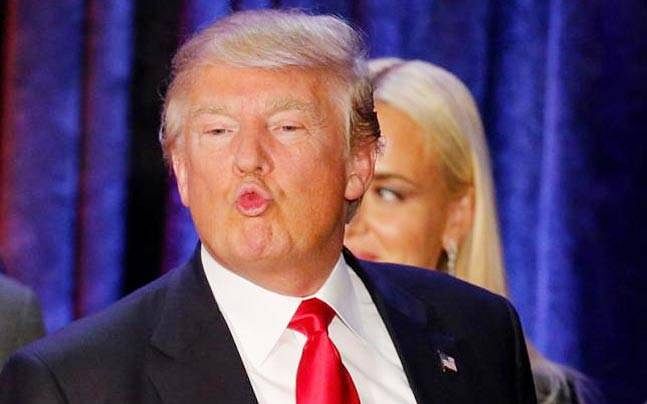 Most PSU's are Hotel California... There's a way in but no reason to find a way out. Hence people never quit them. Employment growth rate in top 10 PSU's in India has been a meagre 8% CAGR over the last decade. Yes railways, armed forces, PSU oil cos will generate some bit of employment but is it enough to employ half of the country's population??? 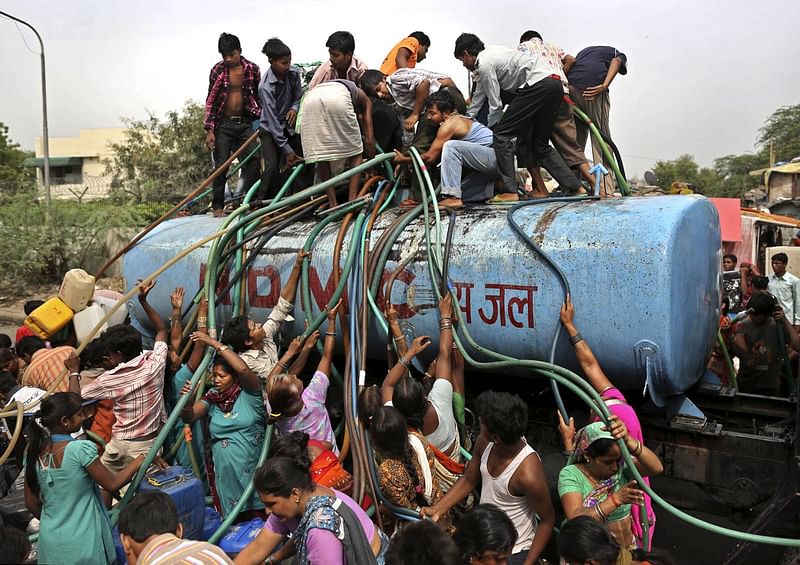 If there's one thing that November 8th 2016 demonetization drive didn't change are these ridiculous numbers- The richest 1% of Indians own 58.4% of wealth. The richest 10 % of the Indians own 80.7 % of the wealth. This trend is going in the upward direction every year, which means the rich are getting richer and the poor are getting poorer!!!

'Captain Modi' thought that by banning old denomination notes overnight this inequality would reduce. He thought that by attaching a stigma around cash he could make the country come clean overnight. Literally all off India stood in lines outside ATM's to withdraw whatever new currency they could. For 50 freaking days every Indian became an economist of sorts. The poor stood in lines with a single thought process- "Modi ji has said that by standing here I'm a quasi Jawan fighting the evil of Black Money+ My 'saab' is going to loose some of his money so why not enjoy that sadistic pleasure too??!!"

Barring a one off case the rich/neo-rich spent 50 days in fighting the system.

The entire old currency came back into the system and almost nothing was left for the RBI to give as dividend!! 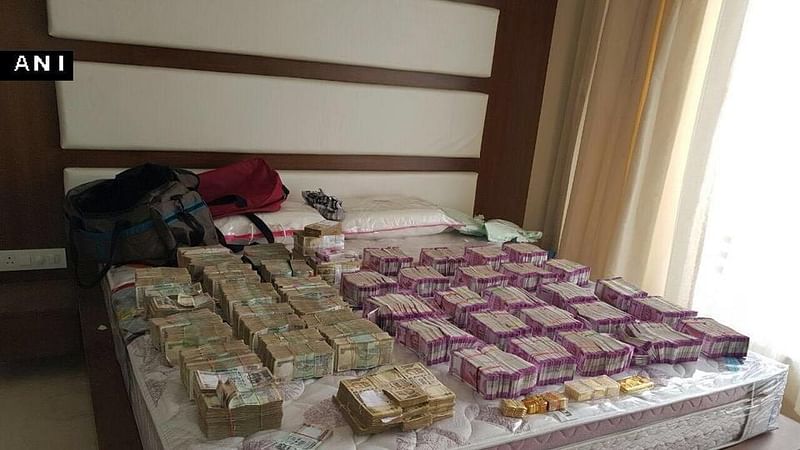 Current scenario- Its business as usual for India. Cash is back with a bang and we have started our hording process all over again. The rich have remained rich while the poor line standing guys are still exactly where they were!!! PayTm got adopted ad thrown out all in 50 days!!!

3) New Age Technology and its implications

The world is battling with a similar problem which is the loss of existing jobs owing to the advent of newer technologies. Innovations in the fields of AI , robotics, and biotech, will disrupt the business world in a similar way to previous industrial revolutions. Analyst estimates say that over 4.1mn jobs in India alone could be lost through redundancy and automation(Liftmen, parking ticket giver etc!!!). Those losses would be partially offset by the creation of a meagre 0.5mn new opportunities in sectors such as tech, professional services and media. 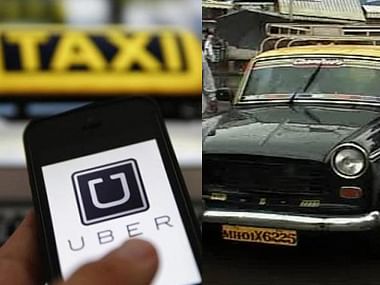 India will have to invest in transforming its workforce if it want to keep up with the changes and avoid a worse case scenario of "talent shortages, mass unemployment and growing inequality." Captain Modi sees the potential of entrepreneurship and hence started the 'Startup India Mission/Fund' along with the 'Make in India' campaign. However a key point that wasn't factored was the fundamental nature of new age tech businesses- They are all 'Asset Light' in all forms. Classic case is that of Whatsapp which was sold at $19bn with a team strength of just 59 people!!!

Farming, Retailing, Transport and many more sectors are fast changing with the advent of new age technologies which primarily focus on efficiency by removing human dependence. Technology will act as the ultimate 'Nail in the Coffin' towards the rising unemployment!!!

Summing up the above three pointers; In my opinion the upcoming Civil War 2019 would not find fuel in the age old causes such as religion, caste or region…They could all act as catalysts but the real full blown fight would be for freedom, equality and survival. It'll be a war fought by the youth towards asking some hard questions with regards to sustainable governance, employment, affordability of basic amenities such as housing and food. It will be more heinous than anyone can ever imagine…..The things which most of you see as India’s strength are actually the cause of inaction over any issue decisively,as no one wants to take risk of life or property for RIGHT.

Mark my words the world is heading into highly uncertain times. Global leaderships will be tested in the times ahead. Economies can be made or completely shattered with a 'Black Swan' President like Trump. Mass public protests such as the ones we are seeing in the US currently or the London riots a few years ago or the Occupy Wall Street movement have all got a common string- PUBLIC DISCONTENT!!!

"Causes of Civil War are also, that the Wealth of the Nation is in too few men's hands, and that no certain means are provided to keep all men from a necessity either to beg, or steal, or be Soldiers."

Disclosure: All views here are entirely my own and are not influenced by any one else. I have no political vendetta against anyone or any party. All I care for is just one thing- my motherland- India and its progress. I would hope that my above mentioned predictions never come true. This note is only meant to make you ponder on all possible scenarios of where the country could head if we all act as selfish irresponsible citizens !!!