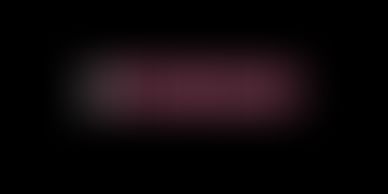 A story on the much talked about issue of feminism and what makes us one.

Today I am going to openly talk about sanitary pads. Have you ever been to a store for buying one? The medical store owner looks at you with grave seriousness, scans you in some cases, thank god they don’t jolt back in surprise. Then they carefully dig out this lethal nuclear weapon, and meticulously pack it in a newspaper. A double layer protection is given to this weapon by further wrapping it in a black polythene. People are not supposed to have knowledge about the lethal weapon you are carrying back home. So the black polythene is imperative!!

But this does not prove my point of what exactly makes us feminists.

They say women are considered fragile. The society desires a docile, well behaved woman, fair and an agreeable woman. Why can’t we be dark skinned, strong, and outspoken? Why is only fair lovely?

In western thought, the body has been historically associated solely with women, whereas men have been associated with the mind. This association of women with bodies serves as a justification to deem women as properties and objects. Body shaming, fair skin, a perfect hour glass figure, and lean and tall, women are objectified. No we are not feminists, we are forced to be one. 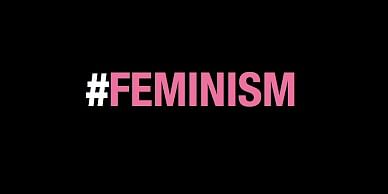 Last week I woke up to the news of Supreme Court announcing death sentence to the four convicts of Nirbhaya rape case. Is justice really done? Who ensures there won’t be any Nirbhaya in the coming times? Or will there be no Akshay, Pawan, Mukesh and Vinay Sharma. We had to fight for nirbhaya for five years until the verdict was heard in her favor. We are not born feminists. We are compelled to be one.

There is so much buzz around woman’s day. All those chauvinists pretending to be progressive, disguised as self-proclaimed feminists, come out to give you the much needed acknowledgment of being a women on this particular day. But what happens to the rest of 364 days of yearly existence?

No we are not born feminists, we are made one.

Malala Yousafzai became an activist only when the society denied her rights for education. She was a normal school going girl, happy with her teenage proceedings until Taliban banned girls from going to schools. She was not a feminist, but made one.

Shayara Bano was given ‘triple talaq’, by her husband after 15 years of marriage. Her plea to Supreme Court for declaring, talaq-e-bidat, polygamy and nikah halala, illegal and unconstitutional, is still under talks. This non desirable and unjust form of dissolution of marriage among Muslims made Shayara Bano a feminist. She wasn’t born one.

Bilkis bano, was gang raped when she was 19 and 14 of her family members were killed. This heinous act got tried in high court and it took 15 years for her to get justice. Bilkis bano was not a feminist. She was made one.

There are many nirbhaya, bilkis, Malalas, shayras among us. We don’t know them because their story didn’t make headlines.

Sexual harassment, injustice, molestation, denial of basic rights have been practiced everywhere. I recently read a blog on women entrepreneurs being harassed in the startup ecosystem. It prevails here too. It’s everywhere. So you see, we are forced to fight for our social, political, economic and personal rights. We don’t demand a woman’s day. We don’t want one.

Let us build a society where we don’t have to use the word feminism anymore? We are not so feminists. The society has made us.

We just want to be treated fairly, equally. Is it that difficult?

We are not so feminists. We are made one!