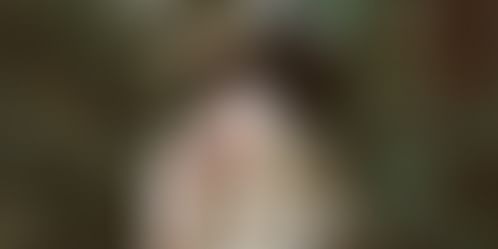 India is the second largest gold market in the world (Indians buy 663 tonnes gold annually), but the country’s gold market has witnessed an exciting trend in the recent years. Millennials are not buying gold the way their parents used to buy. Spoilt for choices, the younger generation has a different and unique taste when it comes to buying jewelry.

An increasing number of people, including our most loved celebrities from B-town, are switching to light and quirky pieces that they can wear every day over the traditional bling.

The Indian jewelry landscape is witnessing the rise of a new generation of jewelry designers who are creating edgy and offbeat pieces that our celebrities love to flaunt. Check out some of these exemplary jewelry start-ups in India that design minimalistic baubles for our favorite A-listers.

Started by sisters Kaabia and Sasha Grewal, Outhouse blends sophistication with a little drama. As little girls, Sasha and Kaabia were mesmerized by their mother’s heirloom collection, and jewelry has been their guilty pleasure ever since. Every time their mother visited her jeweler, the girls would tag along and try every piece of jewelry at the store.

In 2007, they moved to Delhi from Ludhiana to pursue a degree in jewelry designing. In 2012, they launched Outhouse in Delhi.

The sisters ventured into jewelry designing at a time when few businesses were active in the sector, and are presently running multiple stores in India and one in Pakistan too! The company has an annual turnover of around INR 5 crore. The unadulterated passion of the Grewal duo for jewelry won them the Vogue Fashion Fund in 2015 and the much-deserved popularity in Bollywood!

If one were to describe the Misho jewelry in three words, they would be - clean, minimalistic and simplified. The brainchild of Suhani Parekh, Misho designs take inspiration from her interactions with various architectural styles of the cities in which she has lived and traveled.

The designer was trained to be a sculptor at the University of London and worked with architect Ashish Shah for a while after returning to India. However, instead of placing her designs on a plinth, she decided to put them on the human body. Thus, the label Misho was born in 2016.

Ms. Parekh has several awards and recognition to her name, including the Grazia Young Fashion Award (2016), Elle Style Awards (2017), and Forbes 30 under 30 (2018). Her designs have made it to the pages of Vogue Paris and Vogue Arabia, and fashion icons like Rihanna and Kim Kardashian have flaunted her pieces on several occasions.

The Mumbai-based jewelry designer - Malvika Vaswani graduated from the Rhode Island School of Design and did two short stints in NYC (in jewelry designing and home décor) before returning to India in 2011 to launch her brand, Auterra. Three years later, she started her eponymous jewelry label. Since then, there has been no looking back.

Her fresh and appealing jewelry line caught the attention of celebrities when she won the Grazia Young Fashion Award (GYFA) in 2015. The same year she collaborated with Lakme Fashion Week for the GYFA winner’s fashion show. She believes this to be the turning point for her brand.

Pipa+Bella was started in 2012 by Suchi Pandya, an alumnus of The Wharton School and the NYU Stern School of Business. From featuring in Grazia, Harper’s Bazaar, Vogue, and Elle to becoming a part of the wardrobe of the hottest B-town celebs, the brand has grown manifold in the last six years.

Pipa+Bella made its first sale on the night before Diwali in October 2014, just a couple of hours after the company had launched its website. It was a team of only three people back then. Over the years, the brand has become synonymous with style and innovation. In 2016 – 2017, the company’s earnings stood at INR 3.2 crore.

What makes the brand unique is that it lets customers personalize their jewelry. It has a unique collection of name necklaces, name rings, pendants, and charms. In short, Pipa+Bella is to the Indian jewelry lovers what GetNameNecklace is to the Americans who love wearing their names or the names of their loved ones around their necks, fingers or wrists.

Founded in 2008 by Nitya Arora, Valliyan is one of the first luxury fashion jewelry labels that features jewelry in semi-precious stones, glass, crystal, metal, acrylic and rare materials. As a young designer, Ms. Arora worked with a jewelry designer, a graphic designer, and also as an assistant to a men’s fashion designer before she started her venture. She retailed her first collection at Bombay Electric, and six months later she was retailing to around eight stores across the country.

Her big break came in 2009 when she exhibited her creations at a stall during the Lakme Fashion Week. The designer has several rewards and recognition to her name including the Grazia Young Designers Award and the Best Accessories Designer (2012). She has designed jewelry for stars like Aishwarya Rai Bachchan and Sonam Kapoor and has done trunk shows around the world. Her work has been featured in top fashion magazines like Vogue, Harper’s Bazaar, Elle, and Marie Claire to name a few.

Born in and inspired by Jaipur, the minimal, edgy and stylish eponymous brand of Kichu Dandiya is everything that the new generation wants. Founded in 2014, Kichu draws inspiration from different ethnicities while retaining a modern touch. With signature pieces like the Bison Head Necklace, the young brand has created an identity that goes beyond the traditional.

After studying jewelry designing in London, Kichu chose to work with affordable materials and create minimalistic (yet bold) designs. Her first creation was the Stag Antler Necklace that gave wings to the idea of the Kichu brand.

The right jewelry has the power to make or break an outfit, and nobody knows it better than our beloved celebrities. Jewelry lovers in India are always on the lookout for statement pieces that strike a balance between traditional and contemporary styles while adding the right amount of drama. By identifying this trend and imbibing it into their culture and design, these start-ups have not only made it big in the domestic market but are also taking the international jewelry landscape by a storm. These jewelry brands are those that can inspire upcoming start-ups and jewelry designers to work towards creating a successful brand of their own with a sparkling future.