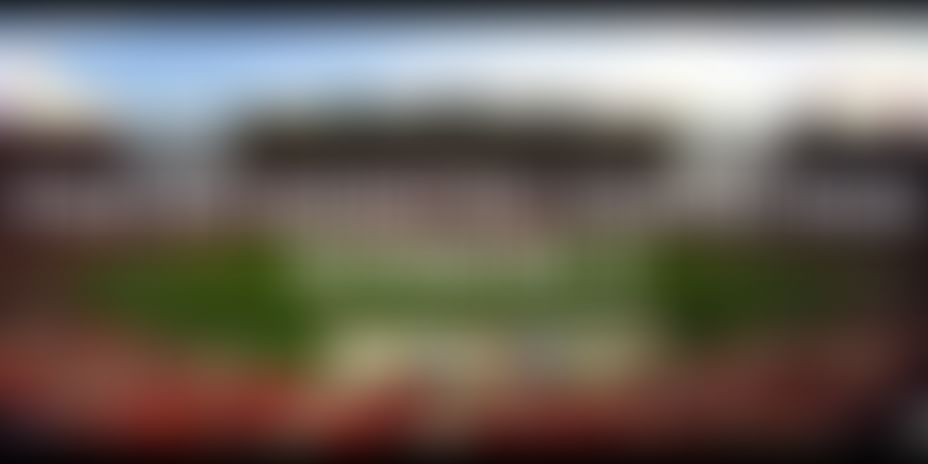 USA just wrapped up its 51st edition of SuperBowl. Besides great entertainment, it gives some valuable marketing lessons. Take a look at them. 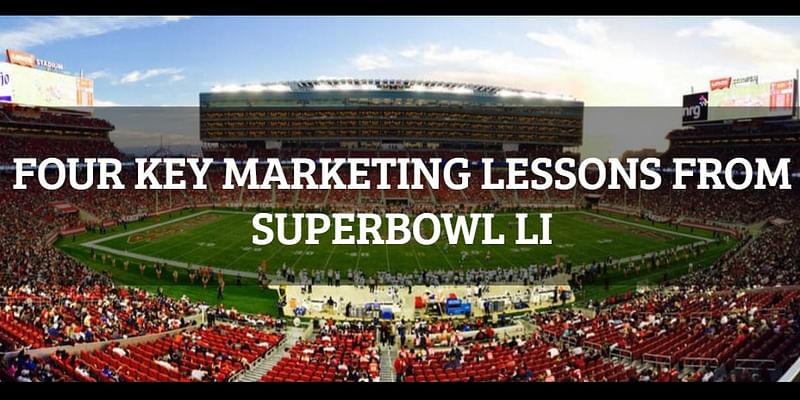 “That’s why you play until the end.” - Tom Brady, Star New England Patriots quarterback, post his team’s come from behind victory against favorites, Atlanta Falcons.

According to Nielsen, 111 .3 Mn viewers caught this edition of the Super Bowl on TV making it the fifth highest viewed broadcast in history. This game also has the distinction of being the most live-streamed Super Bowl in history with an average of over 1.7 Mn viewers logging in every minute.

In terms of the social nature of the big game, there were 190.8 million social media interactions across Facebook and Twitter from 48.3 million people in the U.S. related to "Super Bowl LI: New England Patriots vs. Atlanta Falcons" on Sunday, Feb. 5, 2017, according to Nielsen.

Social activity for the game peaked between 10:30 ET p.m. and 10:34 ET p.m. when 7.5 million interactions occurred after the New England Patriots defeated the Atlanta Falcons.

On Twitter, each person in the U.S. interacted 4.4 times on average. There were 175.5 million interactions on Facebook in the U.S. about the event. Of the people who interacted with the game on Facebook, 62% were female and 42% were under the age of 35.

All of this boosted by some brilliant Sunday night football entertainment.

As you recover from what some pundits are calling the best ever comeback victory seen in Super Bowl history, here are few marketing lessons that can be leveraged by the smart marketer from this phenomenon -

1. Find the weapon (read channel or tool) that works for you

Tom Brady was a sixth round draft for the Patriots back in 2000, when he was considered ‘skinny’ and not very athletic. But had the Patriots underestimated the potential of this pick, history may have had something else to say. Similar to this, you need to realize which marketing channel works for your brand and business. Articles claiming the death of email as a channel have been circulating for over 5 years now. But while newer channels have been added to the marketing mix, we have found that email still reigns in terms of an unobtrusive, request based communication option. Understand the channel or strategy that works for your brand and persist with it.

2. All your players (read channels of engagement) matter

However spectacular Tom Brady may have been in this game, an equal credit goes to the coach and all the other players that ably supported him. Just like in marketing, while you may have a hero channel in terms of your conversions or traffic source, the remaining channels are just as important for ensuring that your customers experience a concerted interaction, irrespective of their mode of communication with your brand. So if email continues to drive a build of your traffic to your landing pages, do not hesitate to explore text messages, PoS based communication, or social channels, even if you happen to represent a traditional business model; You may be surprised with the result.

3. It ain’t over till its over (read when to re-initiate engagement and when to let go)

With Ad spots hitting record numbers, in terms of viewership and associated costs, the smart marketer needs to understand how he can leverage effective ROI tracking and analytics to ensure that his spends are diverted to the right marketing mix. You need access to real-time interaction and transaction information across all your marketing channels to ensure you are on top of your game. And you need to use those metrics to make the right choice when it comes to either marking a new business lead as ‘lost’, or initiating a re-engagement campaign on another channel.

4. Having a concerted strategy matters

Just like the game of football, you need to ensure that your marketing channels run like a team. Just like a team, you need a leader, which is where platforms like FirstHive come in. Just as the coach acted as a brilliant strategist for the Patriots leading the charge and ensuring that the results were in his favor, your marketing needs a coach, a central brain to see the larger picture and make calls to ascertain a superior ROI for your brand.

Have more marketing lessons from the SuperBowl to share? Please do that in the comment section below.