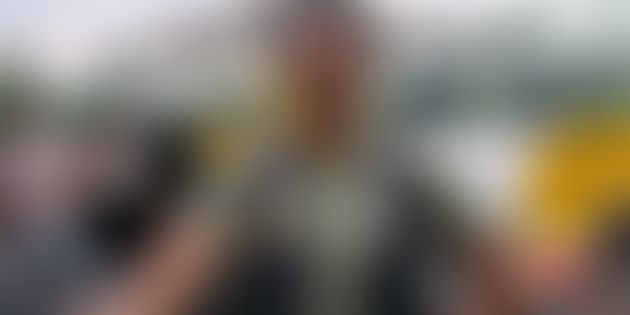 We are a one stop shop for anything and everything related to high end bikes in the category of 600cc and above. Since our inception in early 2015 we are striving to become the ubiquitous destination for high end motorcycle owners in Bangalore to visit us no matter what their bike oriented needs may be.

We are a one stop shop for anything and everything related to high end bikes in the category of 600cc and above. Since our inception in early 2015 we are striving to become the ubiquitous destination for high end motorcycle owners in Bangalore to visit us no matter what their bike oriented needs may be.

Be it simple servicing, routine maintenance, specialty parts and / or accessories that may not available in India, some form of customization, be it partial or total modification of their motorcycle, etc. Bikers and bike owners can also consult with us if they have any issue despite taking their motorcycle to other mechanics or authorized service centers, but were left unsatisfied with the resolution of their problems.

In the long run we aim to set up a network of Domon’s Centres specifically for superbikes and big bikes in India. Here they would be able to receive a uniform standard of products and service in a timely fashion within predetermined timelines.

This network could be either in the form of an affiliation partnership with Domon’s Customs® or a Franchise Partnership of Domon’s Customs®. The network will function under strict guidelines of yearly scrutiny to make sure all requisites are met and adhered to in order to maintain standards at all times and across the country. The objective is to provide bike owners with the best in service and value anywhere in the country with no disparity in pricing or quality.

Domon’s Customs offer different services to bike owners such as:

• After Market Parts and accessories: We help in procuring and installing different parts and accessories that could pertain to anything from the engine to the chassis to backrests, fuel tanks, tires, alloy wheels, exhausts, electrical components, air intake units, headlamps, seats, brakes, clutch systems, transmission systems, etc.

With literally over hundreds of aftermarket brads and parts manufacturers from around the world the variety available to any and all big bike owners is huge.

Since we are dealers for Parts Unlimited based out of the US as well as Motorcycle storehouse based out of the Netherlands saying that the choices for owners of all segments of bikers be it Street bikes, Cruisers, Sport or super sport from Domon’s Customs is large is an understatement.

• Custom Paint: the biggest portion of any bike is almost always the basic fuel tank, front and rear mud guard or fenders which are the minimum available canvases to get any bike owners creative juices flowing. Here is where any form of graphics and design or colour can be applied be it single bold colours, simple or detailed pin striping, dual colour tones with little to no graphic art or highly detailed, intricate works of art that would probably have artists of old unable to comprehend the level of detail and intricacy using both conventional as well as unconventional methods and materials to make the motorcycle be a true work of art.

Motorcycle maintenance means to check all the basic mechanical systems of the motorcycle from time to time and make sure they are running and also to check their wear levels to ascertain if it needs to be replaced immediately or can be used for a while longer.

This maintenance time period generally varies from bike to bike based on usage and age of the bike. Newer bikes don’t require as much maintenance work as older bikes. Bikes that are ridden often generally need maintenance for certain areas like clutch and oil check and break wear where as bikes that are not ridden as often need checks on areas like battery, electrical systems, etc.

No two bikes will ever have the same type of maintenance history in their life time.

Essentially Servicing includes maintenance but with the addition of replacement of the essential parts and lubricants needed for the motorcycle to run for at least another 5000km without needing to replace these items in between.

With the advent of Electronic control modules, Body control modules and other on board electronic systems controlling the various functions of the motorcycle like throttle response, air intake, air fuel ratios, etc. gone are the days where a person with basic electrical and mechanical knowledge could take apart and rebuild a motorcycle.

Now each function is governed by a control unit which is in turn linked to a sensor which if malfunctions in any way could mean either the bike stalls all of a sudden in the middle of a highway ride or the engine cuts off in the middle of traffic and this will have the owner feeling not only frustrated with the bike thinking that either they did something to the bike they shouldn’t have or they got a faulty bike from the company eventually having the owners lose confidence in the brand and company itself.

About the man behind Domon’s: 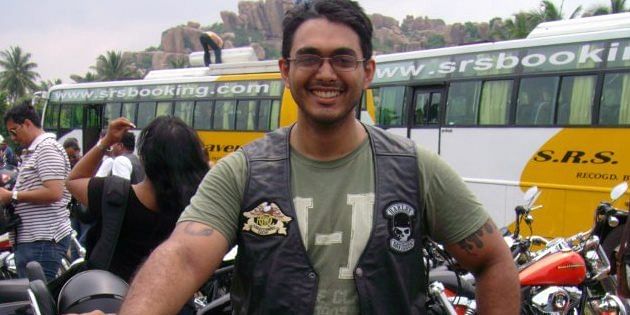 Originally hired as a Motorcycle sales executive, transitioned to being a chrome consultant and motorcycle customization associate to finally becoming the head of motorcycle parts, accessories and customization department.

What started my interest in Big Bikes:

1997 family vacation to US seeing a convoy of Harley’s on a California highway near Colorado I was awestruck and completely mesmerized by the mere sight and sound of these bikes so much so I made my uncle stop when one of the bikers had stopped at a nearby rest stop so that we could take pictures. When I asked the guy if I could sit on it he gave me a stern no which at the time I was bummed by but now I realize was the right thing since now I know how hot the pipes can get which could cause some serious damage to skin.

My personal experience with Harley-Davidson Dealership:

During the end of 2009 when the company finally announced that they would finally be setting up dealerships and launching their motorcycles here in India they had conducted events in 5 major cities including Bangalore called the Harley-Davidson Boot camps.

Here they gave us enthusiasts different technical information about the bikes and also let us ride the bikes to let us feel how it was to ride these big bikes and how different the overall riding experience was from the other smaller bikes.

After that in early 2010 they released the names and contact details of the newly appointed dealer principles at which point I immediately sent out a mail and called to ask for an interview so that I could have a chance at being hired.

Over a span of about a month beginning from March 2010 till April 2010 there were a series of telephonic conversations, email correspondence and face to face meetings which were all fairly positive. Finally I was asked to come and meet the representatives for Harley-Davidson India and finally I received an email confirmation on April 18, 2010 that I was selected and was the first employee of the dealership and we were to attend a training and orientation the very next day that was being conducted by the company in Delhi. Finally on April 20, 2010 it was officially my first working day at the dealership.

While working at the dealership and transitioning into the motorcycle parts accessories and customization department and over the years I had realized that the companies policy in the country on using only the stipulated parts and accessories available from the company to customize the motorcycle (mind you Harley-Davidson has one of the biggest if not the biggest selections of in house customization options) there still was a massive after market selection that sometimes was almost as good if not better in some cases that what the company was able to provide.

After countless hours of research and going through many catalogues of aftermarket parts and accessories as well as hearing from customers about buying different parts from outside the country and bringing them back but not having any place that was capable of installing the parts and the dealership refusing and not taking any responsibility to help them install the parts an idea sparked in my head, “Why not provide the option to customers to be able to order and procure the parts that are available from aftermarket manufacturers and also give the customer the means and facility to have them fit on their motorcycle? Also while we are at it why not go a step further by providing a full fledge service facility which is just as good as the dealership but will deliver the motorcycle after giving each motorcycle individualized attention and also give the bike owner another option apart from the authorized dealership.”