With Long Weekends Around the Corner, Are You Planning a Trip to Goa?

By Bhavik Sarkhedi (Writer. Author. Comedian)|7th Nov 2016
Sliding down the Konkan coastline to get to this pearl of the orient is definitely half the fun.

Honestly, can you imagine living in India without having visited Goa even once? You don't need to be a Portuguese explorer to find Goa, although it would help if you are partial to spicy food. Some people think that Vasco Da Gama was the first person who discovered Goa. The truth is that Vasco Da Gama did not discover Goa but landed at Calicut, now known as Kozhikode in Kerala. What Vasco Da Gama was is the first European explorer to find his way to Indian shores. Led by their desire to rule the world's spice economy, the Portuguese were looking for routes to the east beyond the Cape of Good Hope, where the French, Dutch, British and Danish navies and traders had yet to venture.

Thankfully the modern explorer in you does not need to take such a dangerous route to get to the paradise of the east to spice up your life.

Plan Ahead to Beat the Rush

Every year, hordes of people flock to Goa ten months out of the year looking to get a slice of the big coconut so don't be surprised to find a weekend jam like that experienced this August. A travel logjam could result in the soaring of airfares and hotel rates.

Planning a little ahead can get you discounts on both airfares and room rates. In fact, you may be able to find some great deals at the five star hotels in Goa, provided you can book in advance. During the peak season, airfares and luxury hotel accommodation get sold out; including the more remote ones located around the Dudhsagar Falls, which are frequented only by the most diehard tourists. So, another advantage of planning ahead is that you’re guaranteed a fabulous vacation.

Sliding down the Konkan coastline to get to this pearl of the orient is definitely half the fun. If you are traveling to Goa by highway NH 17 (now renamed as NH66), can you combine hobnobbing with Drongos, Paradise Flycatchers and Bulbuls at the Karnala Bird Sanctuary with chomping on succulent mangoes in Ratnagiri and even stop at some of the beaches along the way. Keep an eye out for signboards that mention Kihim, Korlai, Murud, Diveagar and Devbaugh along the way. These serene and secluded beaches along the way can give you a preview of things to come, minus the tourist flocks.

Where else can you find the big four combination of great beach (actually world-famous beaches, now), great food, the best parties and nightlife and the best hotels and spas to unwind after a hard day's relaxation? Consider The Leela's magnificent offering of the only beach-cum-riverside property in all of Goa that is located just half-an-hour from Dabolim Airport. Diving out of the ocean and into any one of its lagoon suites for an invigorating spa session is the kind of experience that will make you wish your holiday in Goa never ends. Lagoon suites in five star hotels in Goa offer premium rooms that boast of sophisticated styling and overlook or open out to a peaceful lagoon that exemplifies the concept of 'sussegado' or a blissful calm view of everything that is a part of the region’s life and culture.

If you can peel yourself away from the beach, which is a difficult thing to do, considering every possible creature comfort is available right there on a Goan beach from a massage to all night beach parties and some of the coolest nightclubs in the world and even casinos, then you can explore the local wildlife tourism options. More than 20% of Goa's jungle interiors are protected zones and fall under national wildlife park boundaries.

The beaches you frolicked on actually lie on the slopes of the Western Ghats, the mountain range that lines the west coast of India. In fact, archeological finds have confirmed that much of the land was once submerged under the sea. Did you know that the National Geographic magazine once compared Goa in tropical biodiversity to the Congo and Amazon river basins? With four rivers, this equatorial forest has more than 200 species of birds, 48 animal and 60 reptile species. This is the location of the famous Salim Ali Bird Sanctuary on the island of Chorao , bang in the middle of the Mandovi river. There are seven wildlife national parks in all . Of course, we don't even need to mention marine life in this fishing capital since time immemorial.

As if fine dining and water sports weren't enough, Goa offers the hardcore sportsman the allure of casino hopping. Casinos are a special draw as Goa is the only place in India where they are allowed. Most of the five star rooms in Panaji are in demand all year long due to the popularity of the casinos on the neighboring Mandovi river . Here is where you will find the rich and famous of India rubbing shoulders across gaming tables with the jet-set of the world since 95% of the casino clientele is from outside Goa.

Of the half a million tourists who come to Goa every year , around 45% are charter tourists who are part of a larger group and the remaining 55% are Free Independent Travelers (FITs as the industry calls them). However, as we mentioned earlier, if you don't want your freedom curtailed, book in advance. Goa is not just on the charter and FIT lists, it also hosts many international summits and conferences such as the annual Commonwealth Heads of Government meeting. In October this year, the state will host the 8th BRICS summit . So you see, not everyone who comes here has play on their mind. This beautiful beach paradise is also a favorite work retreat and conference venue for international politicians and dignitaries. Just plan ahead to make sure you get there before everyone else does. 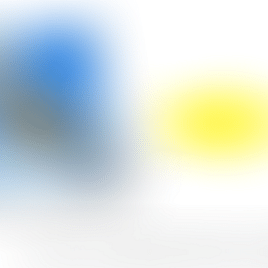