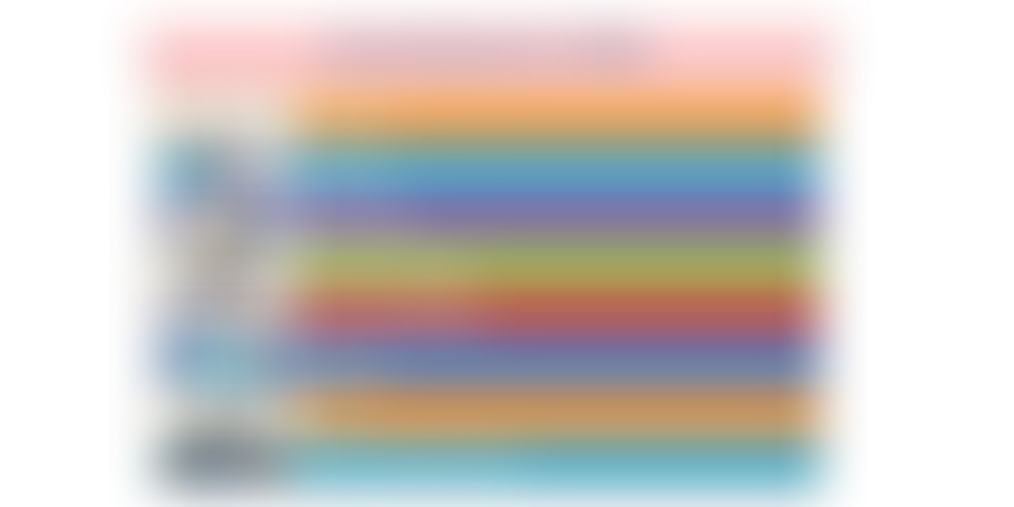 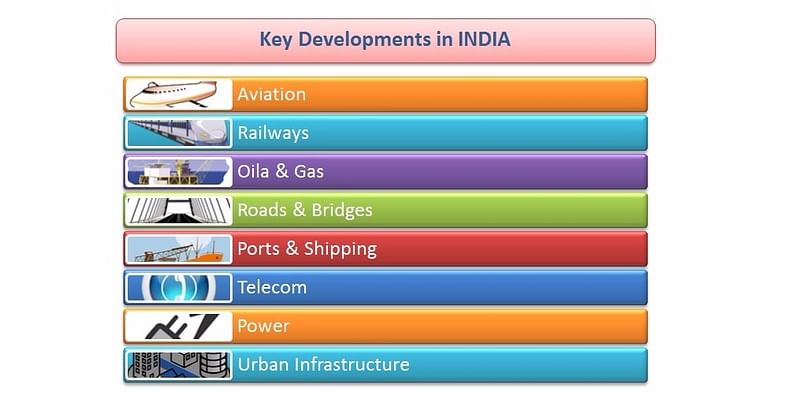 In recent studies, I find 8 Key Development areas in India. These are:

Out of these 8, I am sharing some Information on Aviation, Railways, Oil & Gas and Ports & Shipping.

India’s civil aviation industry is on a high-growth trajectory. India preparing this industry in such a way that it can become the third-largest aviation market by 2020 and the largest by 2030.

The Civil Aviation industry has stepped into a new era of expansion, driven by catalyst like low-cost carriers (LCCs), modern airports, FDI in domestic airlines, IT interventions and growing emphasis on regional connectivity. India is the ninth-largest civil aviation market in the world, with a market size of around US$ 16 billion.

This sector is among the six core industries in India and playing a vital role in influencing decisions for all the other important parts of the economy.

In 1997–98, the New Exploration Licensing Policy (NELP) was envisaged to fill the ever-increasing gap between India’s gas demand and supply. India’s economic growth is closely related to energy demand; therefore the need for oil and gas is projected to grow more, thereby making the sector quite conducive for investment.

India is expected to be one of the largest contributors to non-OECD petroleum consumption growth globally. Domestic refiners’ import of crude oil increased 9.1 percent year-on-year to around 18.81 million metric tons during August 2016.1

India is the fourth-largest Liquefied Natural Gas (LNG) importer after Japan, South Korea, and China, and accounts for 5.8 percent of the total global trade.3Domestic LNG demand is expected to grow at a CAGR of 16.89 percent to 306.54 MMSCMD by 2021 from 64 MMSCMD in 2015.

Our Nation (India) has 12 major and 200 minor and intermediate ports. Cargo traffic is expected to reach 1,758 MMT by 2017. The Indian ports and shipping industry plays a significant role in stabilizing growth in the country’s trade and commerce. India is the sixteenth largest maritime country in the world, with a coastline of about 7,517 km.

The country’s major ports handled a combined volume of 718,000 Twenty-foot-Equivalent Units (TEU) during August 2016, up from 679,000 TEUs during the same month last year, while containerized cargo tonnage rose 3.7 percent to 10.5 MT during August 2016. During April-June 2016, the ports had handled a combined volume of 2.12 million TEUs, which is roughly around 70 percent of the country’s overall container trade.

The Indian Railways is among the world’s largest rail networks. Spread across 6,853 stations, the 108,706-km network enables the running of 11,000 trains on a daily basis. India's railway network is recognized as one of the largest railway systems in the world under single management.