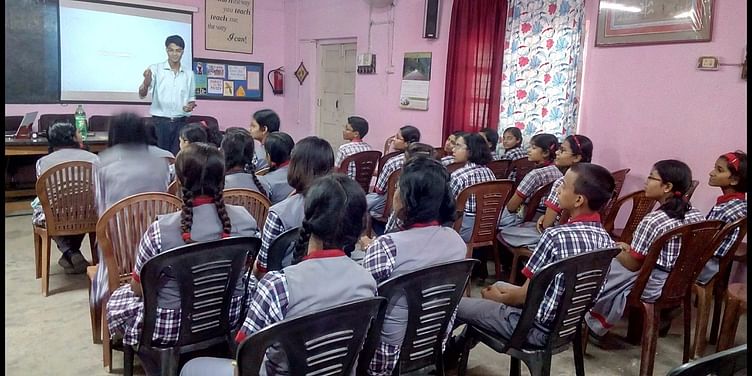 Follow the journey of these young entrepreneurs in their endeavour  to merge creativity with this society.

It is not uncommon now a days to see a child with true potential capable of succeeding being denied due to lack financial support or for coming from a socially backward sector or being underprivileged.

Sukrit Sarkar, an engineering student and now a social entrepreneur, aims to solve just this issue.

The idea for development came into Sukrit’s mind when he realized that most of the children belonging to the unprivileged section suffer mainly due to lack of opportunities, and this pushes these children further behind when it comes to development. He observed that many children despite of having a great potential succumb to the financial pressure and are forced to leave their dreams behind. He has always been a self proclaimed go-getter and hence he did not hesitate in taking a stand to bring a change into the lives of these children in whatever way he could.

And that’s how he came up with this idea of starting a youth organisation with his fellow comrades who too firmly believed that a change was necessary.

Dot Org Welfare Society is a student run organisation which aims at bridging the gap between the underprivileged and the privileged section of our society. It consists of a small unit of people,all under the age of 22, who intend to stimulate the creativity of these children by conducting free art classes and indulging them into activities that make them feel positive about themselves.

These activities help in bringing out their creative sides and simultaneously give them a chance to follow art as their career.

Apart from taking art lessons, they also conduct awareness campaigns in schools and colleges to create awareness amongst youngsters in various fields including the importance of Human Rights, technical advancements and to give them a chance to take part in the initiative. 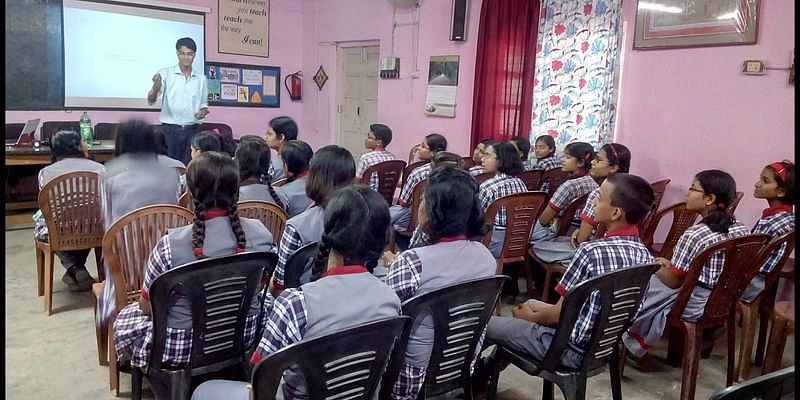 The finalized plans on paper needed funds to turn them into reality, and instead of depending on donations, they prefer earning it. One of the ways they keep their organization funded is by forwarding the art works made by the children after digitally modifying them to publishers, who uses the designs as notebook covers. A part of money that they get in return is used to arrange the art classes and the rest is donated to the NGO or the orphanage.

Recently, they have started on a new project to earn funds, and that is by approaching food joints and restaurants and offering to redesign their menu cards or paint their walls for minimal amounts. 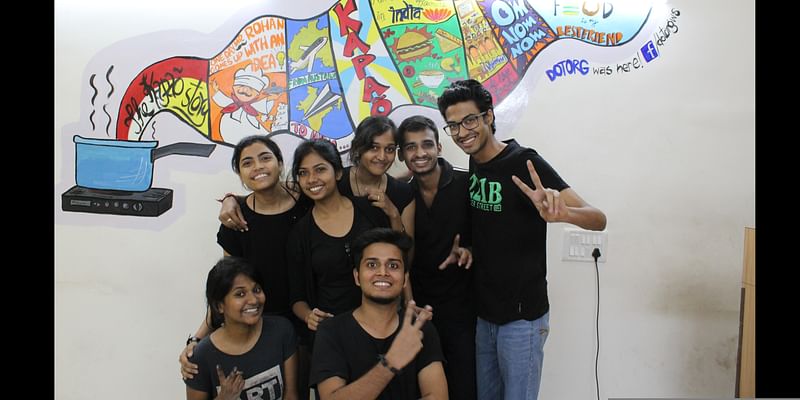 Using art to make a difference

Taking an idea scribbled on a piece of paper to a real business was a real challenge for the young entrepreneurs. The main problem that they faced was that even when they were ready to invest their time and money the publishers or even some of the NGO’s were not ready to try anything new with young entrepreneurs like them. But, they were determined to bring the change and the roadblocks only encouraged them to grow faster.

They plan to take their initiative to the next level and expand it to different parts of the country. Their mission is to create a world which is full of bright and beautiful colors and an atmosphere where art is encouraged.

Their message to the world is that if an ambitious effort by a bunch of college kids can make such a difference in the lives of these children then what a major change can an integrated effort from many such interested individuals from different walks of life  can bring.