The origin of open source

How once software which was free for all became an invaluable commodity for a few and how open source happened.

A day ago I was sitting with my mentor Mr. Anil Patel and we were discussing the evolution of open software and how this whole idea of open software came into existence. We discussed many challenges that an open source software faces being disruptive to any conventional software. While we were discussing it, we talked about the evolution of Linux OS and a documentary named “Revolution OS”. We have watched it multiple times so could relate our challenges easily. This movie opens up a plethora of knowledge as it presents the history of the open source and free software movements, how it was originated, the people who pioneered it and what was the whole ideology behind it. 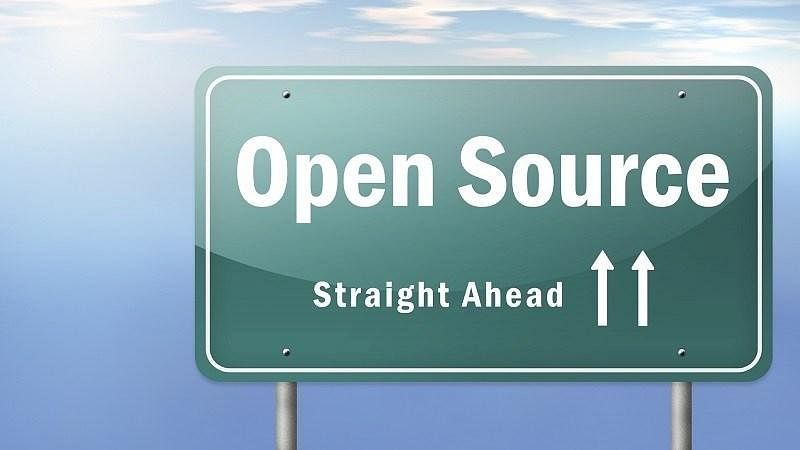 What is Revolution OS all about?

Revolution OS is a 2001 documentary which uncovers the realities of the software industry. It tells you a true tale of how once upon a time software that was free for all became a privilege for a few. It tells you about Richard Stallman who is the founder of free software movement and the history of GNU project. How through the GNU project and Free Source Foundation(FSF) led to the development of Linux and open source definition. It features several interviews with prominent hackers and entrepreneurs and hackers-cum-entrepreneurs, that included Richard Stallman, Michael Tiemann, Linus Torvalds, Larry Augustin, Eric S. Raymond, Bruce Perens, Frank Hecker and Brian Behlendorf.

The letter that leads software behind the bars

Software was free from the start of computers. It used to pass around on a piece of paper and anyone could share it with anyone, work upon it and redistribute it to whoever they wanted to. Then Bill Gates wrote an Open Letter (1)to open source programmers calling them Computer Hobbyists and asking to not share but to buy software. It acted as a major twist as the software which once was open for all was about to become a luxury for some. It agitated some hackers and programmers who were in favor of keeping software free for all. They believed software was something that should be kept free for the development of a better society.

Richard Stallman and his tryst with free software

Arrives Richard Stallman, a scientist at MIT who wanted to fix a code but wasn’t allowed since the company who owned it wanted him to sign an agreement. This contract mentioned, he won’t share the source code with anyone. He wasn’t ready for it as it was against his moral values. For Stallman, it was an attack on his personal freedom to learn and develop new things. It prevented him and his fellow programmers from working together. With more experiences like this, he realized being an operating system developer himself, he should develop an operating system that would be free for all and everyone could share, collaborate and work on it. He made this his ultimate life goal and resigned from the MIT and founded the Free Software Foundation. Through FSF, he started the GNU project to develop the GNU operating system which would be like the UNIX operating system but would be free for all, unlike UNIX.

It was through the free software movement and The GNU project started by Richard Stallman that a free operating system like Linux came into existence. Linux disrupted the monopoly of MS Windows and became a parallel and much better option for users with its fast user interface.

“To take a piece of a software and modify it into something you want to, in a short period of time is a tremendous feeling of empowerment”

What is open source all about?

Open source or free software is about being open to ideas and implementing them. We are living in a digital world and the world is transforming than you can ever think of. Big companies like Microsoft and IBM monopolize and are trying to control the big change that is happening in the digital universe. To have an effective transformation, you need to own the technology. The freedom to own the technology, twist it, turn it, modify it and make it work exactly as you need is the best thing for business. That is where you control your brand and brand experience. If you need to give your customer a real brand experience, you need to own the technology that works for you. Getting a licensed software without source code and with a locking period for your business is a big no as they don’t know your needs, you know them better and you cannot frame or reconstruct a licensed software even if you want to as per your needs.

Companies like Amazon, Flipkart and Uber are a huge success because they didn’t rely on proprietary software. They didn’t rely on someone else to fulfill their technical needs. They didn’t use SAP or Oracle application instead they opted to own the technology they are using. Owning the technology has contributed a lot to their massive growth. Their number of brand ambassadors have increased, the number of channels that manage their sales has quadrupled, the number of orders they get has tripled and the number of countries they work has increased. They experienced this growth because they owned the system and could handle the growth of the business through timely updates of their solutions at their own will. I could all happen because they owned the technology and didn’t need to wait for Microsoft or Oracle to release an updated version of their product and then implement those changes. Instead every time a change was needed, every time a problem occurred, they had the freedom to fix it and it was this freedom that made them huge, so huge.

Are you looking for Digital transformation?

If you are looking for digital transformation and want to bring a positive change, you cannot buy an already existing technology and expect it to work out of the box for you. No one knows your needs better than you, getting an open source software, investing your resources and developing it as per your needs is the best way to tune technology with your brand experience.