From election campaigns to fintech

At first, I colored inside the lines. I did all the 'right' things: did my engineering degree from NIT (in Computer Science). Found out too late I didn't enjoy it, and at one point I was in danger of flunking out. I wrote terribly clunky code. C++ and I would never be friends.

I finished my degree and did what plenty of engineers hoping to escape engineering do: an MBA. I had learned my lesson. A friend of mine has a pug, a friendly one called Rocky, who likes to wear shirts and hoodies when he is taken on walks. She has got custom clothes made for him, and Rocky seems to think that wearing clothes makes him more like human people. But everyone knows: a pug in a t-shirt is still a pug. I had to  stop trying to become someone I wasn't, and accept that  content is what drew me.

After I graduated from IIM Calcutta, I worked at the Economic Times, and then as Mr. Narayana Murthy's speechwriter for a couple of years. Those were the years NRN was the Executive Chairman at Infosys, and it was a high-pressure job under a demanding boss, a wonderful person with incredibly high standards. He struck me as remarkable: a man who didn't like fame and media attention, but wanted to make what difference he could. He would deliver speeches on urban planning, climate change, small business regulation, inequality, and speak to anyone if he thought it could make a difference in our policies and laws. The day of my wedding, I had mehendi drying on my palms as I typed out a speech Mr Murthy needed to deliver in a couple of days. I never regretted the workaholic weeks, one after the other, because of all that I was learning.

I had figured out that I thrived under high pressure, so when Nandan Nilekani asked me to help him write his book, I said yes, and embarked on eighteen months of writing, researching, and interviewing people for a book that became the largest selling hardcover in India, and reached the NYTimes bestseller list. It won accolades and good reviews despite the fact that it was a book about history, policy, regulation - stuff that people often believe the 'general audience' will never read.

Yes, the general audience will never read something boring. These two jobs had taught me a lot about communication, passion, and great content.

Great content is always underestimated. We make a big deal about presentations to our investors, partners, teams, mentors. We don't think as much about the content everybody sees. For B2C startups, content marketing is the piece that make a whole lot of difference in how viral your word of mouth is.

In 2013 I joined FourthLion as part of the initial founding team. It was an unusual startup with this mandate: run Nandan Nilekani's political campaign for Lok Sabha 2014. Nandan was the clear underdog in the election, with low familiarity outside the IT community. South Bangalore, where he was running, was Old Bangalore - he polled low in name recognition, and the BJP incumbent had won consistently in the last few elections.

We worked to make him familiar to the people. He went on early morning walks where he met the people out in the parks, shared a plate of idli with voters in the small darshinis. In Bangalore, you can even strike up a conversation in a traffic jam. On social media and on radio, he spoke about what is usually unfashionable: the problems of the city. He discussed water, sewage problems, garbage dumping. He talked about 'building a better city', and that each one of us needed to be Bangalore's champion. His win was a long shot, but when he eventually conceded the election he had won over four lakh votes, unprecedented in Bangalore for a political newbie who started campaigning four months before the election.

In the financial markets, where I currently work in, I am seeing similar challenges in communication - an effort to connect effectively. The way markets are covered in India today raises the question: why is content in this sector so hard to understand? Who are we talking to? Is this information only for the insiders who already know the lingo?

Why do we have a plethora of advisors, websites providing 'personal managers' for your investing portfolio, but little focus on the information itself? In business news and data in particular, there is a shortage of good, useful content, on information that would actually inform people without confusing them. This is a big source of inequality in investing, where people are putting their hard-earned savings into the market.

I don't know if its our platform that will solve this problem eventually, but we are definitely going to try. Because great content is a big equalizer: an informed community is harder to hoodwink, harder to placate with inferior choices, harder to exploit. This is true in elections and elsewhere, and its a challenge that startups across sectors should work harder to address. 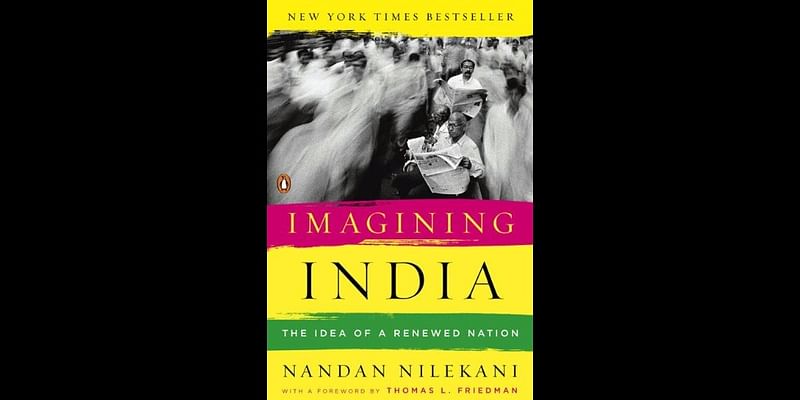