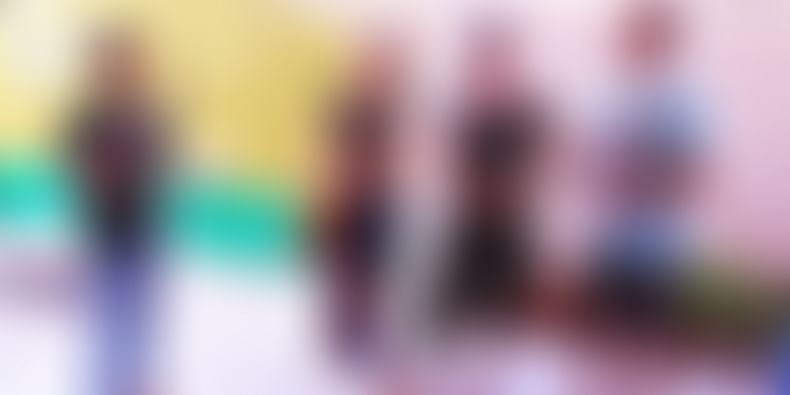 There are few places which always call you back to visit them once again. For me Varanasi was one of such destination and the travelogues and photos I always read about it always tempted to touch the Ganges at Kashi’s foot. It was one of the main reasons to choose the second plan which Mahendra stretched out in front of me in the beginning of the fellowship.

My journey from Allahabad to Varanasi started early morning but the northern railways was never on time. Train was 5 hour late and my half day plans at Varanasi spoiled it. Sitting in the train watching the people I was making sure that I will not missed out any places by cut shorting my itinerary. The short 3 hour journey finally ended up at Varanasi station from where took an auto the Stops Hostel. To my surprise auto drivers and locals were well known about the hostel. And it was my first experience to stay in a hostel after AAO Hostels.

Sonu was at reception to welcome me. After the signup he took me around to see the hostel. I was the only Indian for the day. Most of the guests were from US, Australia and other European countries. The top floor was maintained as a open terrace with lined up with washrooms and third floor have the kitchen with a open balcony. I was in the ground floor with other 13 inmates.

Sonu handed over me the linen and I was happy to make my bed. I had enough time before I start the food tour in the evening 4PM. laying down for few minutes I rushed to the reception by 3:55PM. There was 6 other people was there from other countries. Sonu was explaining about the tour. First we will be visiting Chaat at a very popular corner and then will be visiting the best mughlai cuisine of the city. Third one was my favorite. It was visiting the city’s oldest Lassy shop and from there to visit some of the very special sweets of Kashi. On the way back drop in at Pan Shop to taste world’s best pan masala.

Sonu was talking about every passing thing on our way and everything we eat. Drinking lassi in a mud pot was my first experience and more than that, the drinking pot will use only once was the real wonder for me. We just passed through the wedding street of Kashi too. Hanging wedding cloths of bride and groom was either side of street when we crossed our alley from one to next to Pan Shop. To eat sweet added pan you have to open your mouth as a buffalo. This was mentioned by Sonu and it was true by experience.

By the time when returned to Hostel by 8PM, tummy was full and there was no dinner needed. Reminded Sonu to add me to next day’s sunrise boating in Ganges. In last past days I was sleeping alone in room but this night it was being more comfortable sleeping with like minded bunch of strangers. After a tight sleep woke up by 3:30PM. There was many others who woke up before me for the boating. This time we had a new guide who took us for a 30 minute walk in the morning through the lines of Kashi. Finally when we reached our Ghat, our boat was ready.

Driver was our guide and he slowly took us in the boat to the centre of the river. The horizon was waking up with his reddishness and this time to compete with him crowded dark clouds was waiting. This made our sunrise dark as those clouds but the boating was quite amazing visiting the main ghats of the Varanasi. Mani Karnika Ghat at where the crimination was happening was still burning with bodies which seek Moksha in the land of Lord Shiva. 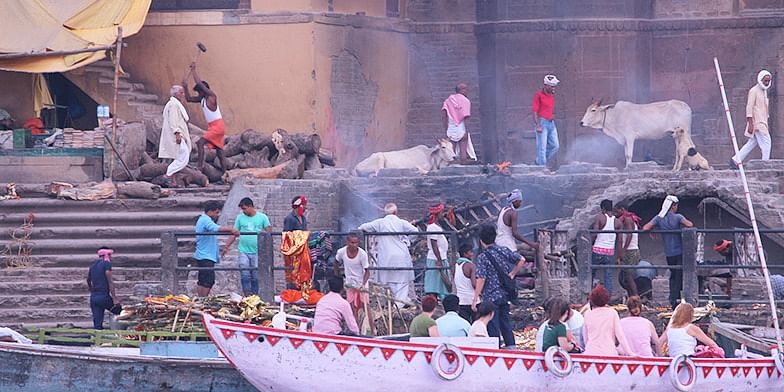 After reaching back the hostel I was done with Varanasi till evening. Enquiring with Sonu I found out the nearest interesting place- Sarnath. 15km from Varanasi but still if I start soon after the breakfast I can make it.

Then it was rush time to get a shower and run to third floor for my bread toast with butter and fruit jam and a plate of fresh vegetables and an Omlet. Luckily I got a share auto at the gates of Hostel and it was till the Varanasi railway station. Driver helped me to get the next auto to Sarnath.

It was drizzling when I got down at Sarnath. While watching the Mulagandhakuti Vihara which was constructed Sri Lankan Mahabodhi Society in 1931. This is the place where Budha spent his first five rainy seasons. Beside to this we can see bodhi tree too. This one is also planted by the Mahabodhi society on the same year taking a branch of real Bodhi tree in Sri Lanka.

Watching the towers and sculptors I heard a “Madam” call from my behind. It was a guide who was offered to show me around for 50rs. It was not a lose to take him around to see the nearby temples and his duty ends at Archeological museum and then we can visit our own around. One of such own exploration was the nearby excavation site of Sarnath which have the famous Dhamekh Stupa and Ashoka Pillar. The site was quite a scene to watch in the noon. It has a well maintained lawn around. Places were flooded with visitors by the time when I left Sarnath to Varanasi. 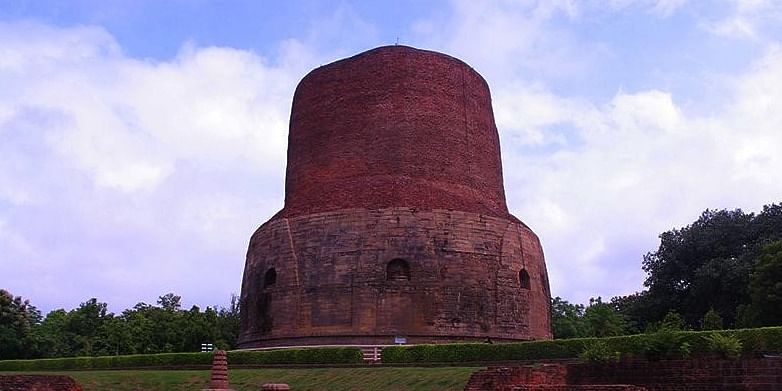 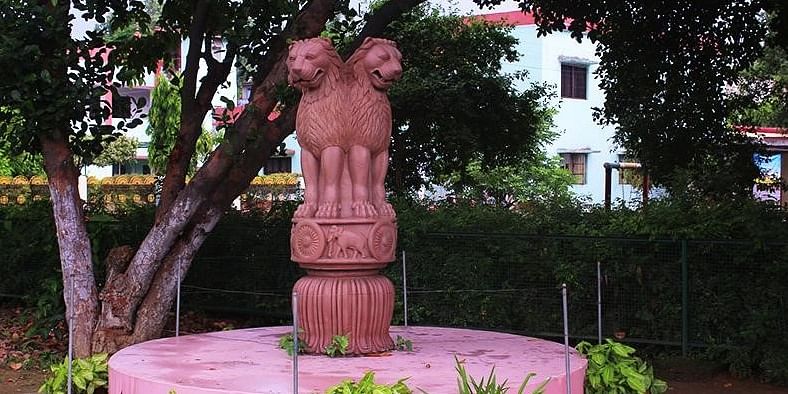 It was 3PM when I reached the crowded streets of Varanasi. During the morning walk I had noticed a board written in Malayalam, my mother tongue, near to the hostel. After few days had tummy full southern curd rice from there. Was much relaxed and relieved when I was packed my bag and left for Ganga Arathi. It was another exploration with Google map. 2 km from hostel but identifying the alleys was difficult on each turning and finally I reached my destination.

Dhashashwamedh Ghat was ready with its audience for another evening for Arathi. There was some special seating arrangement those who want to see the arathi closer but you have to pay extra for that. Likewise I too was seated in a boat in Ganga but later regretted the decision. The crowd was in front of me and half of my scene was covered by the heads in front of me. But the next one hour the aura around me changed with chanting mantras and fuming arathi.

Everyone was singing along with the priests. There was an announcement coming in between to hold hands and sing along. It was all done by 8PM and the next adventurous task was to find the way out of the Ghat. Again I asked Google but this time many time I found wrong route and finally successfully came back to hostel through another route.

The days spent at Varanasi were not enough but onward Bodhgaya was waiting. Promised Kashi, that I will come back again before I board my train to Gaya

You will love to do

Where all you can go

Where to stay and how to roam around

1. The best option I always recommend is Stops hostel

2. You can see a lot of shared autos and Tuk Tuks around

3. Local transportation is not an issue if you are ready to explore

4. 2 days is enough for the exploration but it will be hard for you to leave the city in few days