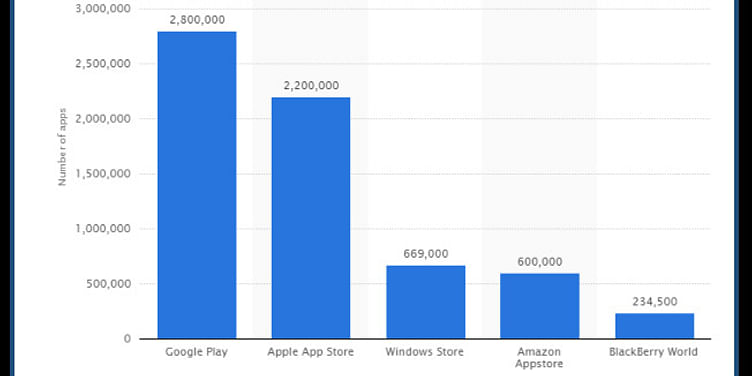 “If you’re not prepared to be wrong, you’ll never come up with anything original.” Ken Robinson said wisely.

Not everything we develop is destined for success. No matter how great our product or work is. For example, look at the technology industry and its rapid development and exhaustion of applications. The faster they build great apps, the sooner they run out of steam. It is said that 8 out of every 10 apps fail to take-off for various reasons.Many apps pivot after they launch to become successful. to Many apps pivot after they’re launched to become successful.

Businesses consider mobile apps as an effective platform to drive revenue and boost customer engagement. Since, the population accessing the internet through their mobile devices is expected to rise by a whopping 61.2% in 2018, which business wouldn’t want to rely on mobile apps to expand?

As of March 2017, the mobile market is flooded with apps of all types from sports to fitness and utility to payment with 2.2 million apps available in the Apple’s App Store and 2.8 million apps at Google Play Store. It is said that, “If you think of an app, the chances of it already listed on App stores is real.”

Moreover, from games and entertainment to business and travel — there is not one industry impenetrable by the mobile platform. The consumers are more than happy to spend on the apps. In 2016, the total mobile app consumer expenditure across the globe amounted to USD 61.8. In 2021, this number is expected to hit USD 139.1! 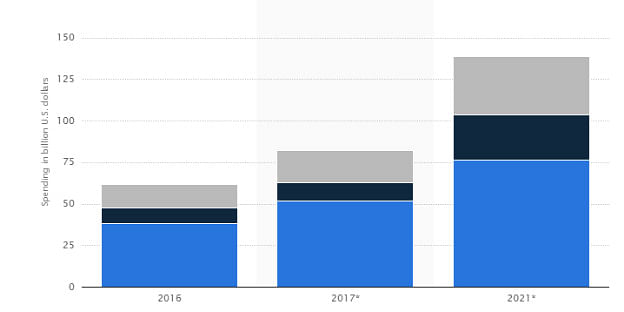 Even though there’s a cut-throat competition in the mobile app market and consumers are pretty much spoiled for choices, mobile apps are here to stay. But quite interestingly, 90% of the new apps are unable to take off due to a combination and variety of reasons.

Just because a company introduces an app with an aplomb and splendor doesn’t mean the app is going to taste the success. For every successful app story, there are hundred other organizations that tried to make their app idea work but didn’t succeed.

There are many reasons why mobile apps fail, including lack of industry research, poor user experience, substandard marketing strategies, improper mobile testing, financial constraints, focus on just one operating system, superior competition and lack of customer demand among others.

Let us discuss ten mobile apps that were expected to stick around for longer but couldn’t:

It was in 2013 that this short-form video hosting service was “officially” launched by Twitter for users to upload their six-second-long looping video clips. In 2013, Time magazine listed it amongst 50 Best Android Apps in 2013. By the end of 2015, it had more than 200 million active users.

But late last year, Twitter announced the end of Vine. Reasons for the same were many: Vine wasn’t making Twitter any money. Users who became stars after using Vine didn’t need it. Advertisers didn’t see it as a revenue-generating platform, unlike Instagram & Snapchat.

Did anyone see its demise coming? Nope. None saw it. And it ended abruptly.

Spork was a food-rating mobile app launched in 2008–09. Unfortunately, a similar app Foodspotting beat it to the punch. Spork closed its shutters in about a year’s time despite the time, energy and most importantly money invested in it.

What Spork lacked was market research. It didn’t realize that a stronger contender like Foodspotting already had millions of downloads and that people knew about that app. Spork didn’t have that kind of publicity, and that’s where it lost the war.

This mobile app was launched by Google to make group communication a tad easier. Unfortunately, it was pulled out from the market within just six months of its inception. And, why so? Because Google had done a terrible job of telling people what is it that GoogleWave is supposed to do. Lack of brand awareness led to its failure.

A food delivery app, TinyOwl discontinued its services in May 2016 after being in the business for just two years. Flawed business model, uncoordinated hiring, blurry expansion plans and huge competition from similar food delivery services such as Zomato and Swiggy played an integral part in ensuring TinyOwl’s failure.

This London-headquartered mobile app based itself on the concept of hailing yellow cabs via phones. With a stable funding of $100m, Hailo decided to conquer New York City in 2013. However, it was clobbered by Uber in no time because Uber was cheaper and it hired only black cars — which were deemed to be classier than the yellow cabs. Moreover, yellow cabs in New York were doing just fine on their own, and they didn’t need a service like Hailo to boost revenues.

An anonymous message board app, Yik Yak, was instantly a hit amongst college-going students when it first launched in 2014. It gave them the platform to gossip anonymously. Once the app became viral, the creators started adding unwanted features, censoring posts and mostly, removing anonymity — a big reason why the app was such a success in the first place. Nevertheless, the app crash-landed after it raised a whopping $73.5m in 2016.

Just like Yik Yak, Secret was hailed as the “future of social media” at one point. It allowed users to chat and exchange information anonymously. In its first seven months, Secret raised a funding of $35m. However, things turned sour for the team when the anonymous gossiping led to cyberbullying. The app was eventually banned from various schools in the US.

Snaggl was a great tool that could create multiple duplicate contacts in the user’s phone address book and store them. It was handy as it saved a contact’s unique ID in the mobile phone and kept it even after the app got uninstalled from the device. The app was quite popular in 2012 but lost its popularity as the mobile software advanced with time.

But since emailing was largely seen as a desktop activity, Mailbox’s popularity quickly began to fumble. By the time it came up with a desktop app, it was too late. Gmail, Yahoo! Mail and Microsoft Outlook had advanced so much since the time of its launch, that the Mailbox features lost their sheen. It shut down in February 2016.

Everpix was a superb idea and launched in 2009 with an aim to quickly sort, organize and store photos online and to pull the best ones out using an algorithm. It was a promising product and had impressive features like Flashback, was easy-to-use and had lots of functionalities.

The biggest mistake that the Everpix founders did was to raise the capital on their own and spent a majority of it on developing the app! So by the time, Everpix was launched in the market, the founders were left with no money to market or advertise it in any way.

The competition is high. The technology is rapidly evolving. The consumers are spoiled for choice. There are too many factors for a business to take into consideration before launching an app. We are into application development business and we understand the value of your app idea. If you have an app idea that requires analysis and consultation, we at KNOWARTH can help you create a successful app whether you’re a startup, small and medium business or an enterprise.