Top 10 Indian startup success stories that will inspire you 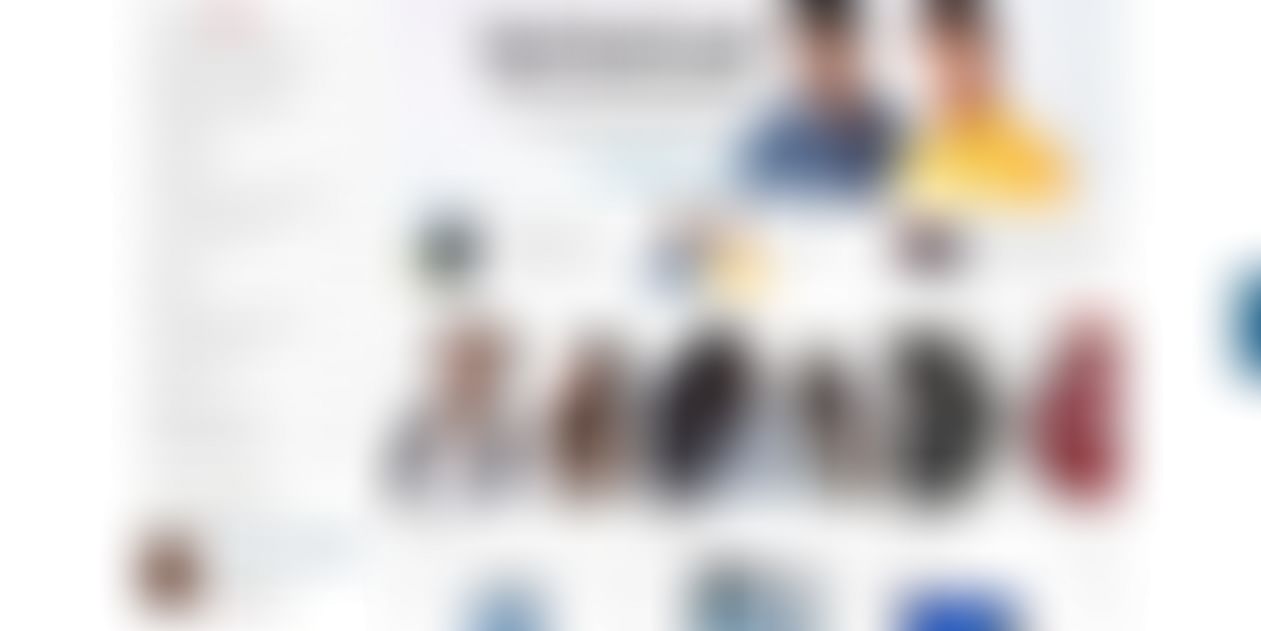 Being a successful startup owner is not an easy task- it is the most difficult job in the world! According to Startupnation.com, an article says that launching a startup can take a lot of time, effort and money, but building one from scratch takes even more.

Nowadays, the world is buzzing with myriad startups. Curious to know about entrepreneurs behind these successful projects and how they started? With the help of this article, we are presenting to you 10 of the most inspiring success stories of entrepreneurs that will inspire you.

So let's take a quick look at these Indian Entrepreneurs who started with almost nothing in hand.

Everyone would be a known to ''Flipkart'' - a journey of Sachin Bansal and Binny Bansal. Celebrated as IIT-D alumni and worked with Amazon earlier, both of them introduced a similar concept into the Indian marketplace.

When they started their journey in 2007, Flipkart started selling online books only and now it's selling almost everything, starting from household items to personal care, from educational products to office stationery. An article published in Yourstory.com says that Flipkart’s more than 50% revenue comes from mobile, and mobile has been at the core of Sachin’s plan right from the beginning.

According to Quora.com, an article states that Sachin admitted in an interview that starting Flipkart is the ridiculous thing he has ever done and everyone around him thought that he was out of his mind. But it has now acquired Myntra for around INR 2000 crore. As per the report by the famous Wall Street Journal, Flipkart has now been added to the top five billion dollars start up club, moreover, it also enjoys a valuation of $11 billion. 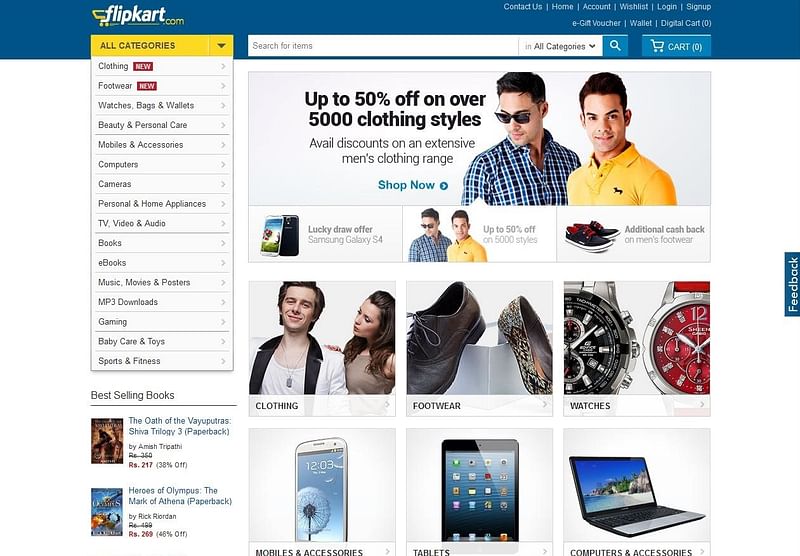 2. Ola Cabs – Book A Taxi With One Touch On The App Store

Even some years back, who would have thought that booking a taxi would be so much easier? Thanks to ''Ola Cabs'', traveling in a cab now cheaper than traveling in an auto. You can now easily avail an Ola Cab easily and their trusted drivers will get you to your exact destination hassle free. According to Indidiary.com, today Ola cabs are the famous form of transport serving the metropolitan cities.

Mr. Bhavish Aggarwal and Mr. Ankit Bhati are the two IIT-B graduates, who are Co-founders of India’s most popular cab hub Ola Cabs. This entrepreneurship idea was formed after a weekend trip on a rented cab had gone terribly for Bhavish. Then he thought to bring transparency and convenience to consumers in this area.

Known as a taxi service, Ola Cabs was started in Mumbai in the year 2010 in order to solve the city's transport misery. Now, this company provides taxi services in over 100 cities across the country. An article published in Asianentrepreneur.org states that last year in October, Ola Cabs has raised around $210 million at a valuation of nearly $1 billion, with this, it has joined the league of the most valued start-ups in the country.

3. Zomato – An Aggregation Of Restaurant & Other Food-Related Destinations

With an aim to helping the Indians to explore the new taste of varied dishes, this online restaurant platform was launched in 2008. ''Zomato'' is a one-stop-solution to all your cravings, be it for food, beverages, and alcohol. It's an online restaurant discovery guide providing information on home delivery service, cafes, and nightlife!

Mr. Deepinder Goyal and Mr. Pankaj Chaddah are the co-founders of ''Zomato'' and today, this brand gets an international recognition. When they started their startup Zomato, they did not even have enough funds and as they say, hard work pays quite evident it is. Today, Zomato we all know is a supreme success with its popularity around the world.

According to Yosuccess.com, an article reveals that with a strong & sole presence in over 10,000 cities across 22 countries, it is not only the largest of such medium in Asia but is also one of the largest in the world.

4. RedBus – The Startup That Revolutionized The Bus Ticketing To A New Level

Incorporated in 2006, ''RedBus'' is changing the way, people book bus tickets. Red Bus is no less than a blessing for a common man as it gives them an option to book bus tickets in advance. It is easy to use and makes commutation convenient. Mr. Phanindra, Sudhakar, and Charan are the co-founder and CEO of RedBus that has now reached a level where its revenue is above $12M.

According to Yourstory.com, an article states that the idea of starting RedBus came on Phanindra's mind when he could not visit his family during the Diwali season of 2005. Now this company allows customers to book bus tickets in a location-independent manner.

Currently, RedBus with its business logo is considered to be one of the fastest growing Indian web startup – thanks to its outstanding service, especially to bus travelers. 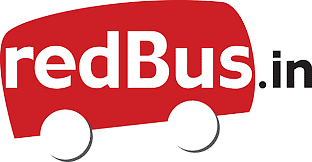 ''Make My Trip'' founded by Mr. Deep Kalra, an IIM Ahmadabad alumnus, has revolutionized the travel industry over the years. In the year 2000, it was launched in the US market to provide NRIs with hassle-free Indo-American trips. Next, in 2005, it launched its office in India, starting with flight tickets booking. Later on, it started providing domestic and international holiday packages, hotel reservations, rail and bus tickets, etc. Make My Trip has got a Global recognition and multiple rewards because of their works with great facilities.

''Designhill'' is world's fastest-growing custom Graphic Design marketplace that connects professional graphic designers with clients looking to source high quality graphic designs at pocket friendly prices. In the year 2014, in New Delhi, India, Designhill was started by Mr. Rahul Aggarwal and Mr. Varun Aggarwal with the sole mission to change the way how design industry works by launching a marketplace that is specifically based on the design industry. Today, the company has expanded to two more locations, such as, Gurgaon and Delaware, United States.

According to Entrepreneur.com, an article reveals that the Aggarwal brothers do more than just deliver great customer service at Designhill: They absolutely crush the competition, including several American-based startups.

''FreeCharge'' is reckoned as a most popular online mobile recharge site in India, started out with recharge only mobiles. The company came up with an innovative concept that makes mobile recharge absolutely free as users get an equal amount of value back in the terms of retailer's coupons. But now it has expanded and offers recharge of TV and Data card as well. Therefore, FreeCharge is considered as an Indian Digital Payments Platform in India.

Founded on 15th August 2010 by Mr. Kunal Shah and Mr. Sandeep Tondon, Freecharge is known as an Indian digital payments platform which enables users to do mobile recharges, pay bills, etc. It is also backed by solid Cashback offers from Indian Retailers both Online and Offline.

According to Startuparchive.com, an article states that mobile is the Future of Commerce in India as 30% of their transaction were done via mobile in 2013 which rapidly grew to 65% in 2014 and now they’re expecting 95% transactions from mobile in 2017.

Mr. Ambareesh Murty & Mr. Ashish Shah – they started 'Pepperfry.com! They used to work in the same company (eBay India), happened to have similar ambition at the same time. So, they together started the whole business, invested with equal amounts of funds from their own pockets and started Pepperfry.

Constituted on the 3rd of January 2012, Pepperfry is a stellar online home appliance and the largest furniture market in India. According to Startupsuccessstories.com, an article says that Pepperfry won hearts of 650K customers, across 1000 cities catering a wide array of furniture and other home décor products. So buy any household item from Pepperfry and experience the difference!

9. OYO Rooms – An Online Aggregator Of Budget Hotels In India

''OYO Rooms'' is India's largest budget hotel chain with about 500 hotels including 50000 rooms. It was started in 2012 by Ritesh Agarwal, with the aim to offer standard reliable rooms transformed the face of Indian hospitality sector. An article published in Yourstory.com says that today it claims to partner 4,200 hotels in over 170 cities, booking close to a million room nights a month.

OYO Rooms is a very successful project as it is committed to solving the issue of cleanliness, availability, and affordability of budget hotels across the country. OYO basically ties up with certain hotels and acquires some rooms to be given out to people who want to avail its services.

An article published in Yosuccess.com says that with a current evaluation of nearly 360Cr, OYO Rooms provides travelers with the efficient and standardized rooms at affordable prices.

10. Teach For India – A Nationwide Movement That Aims To Help Educate India's Youth

Under the Teach For All Global Movement, a nonprofit organization named as ''Teach for India” is engaged in working towards ensuring superior education to the millions of low-income children in India.

Through their paid fellowship program “Tech for India” (TFI), gives an opportunity to young college graduates and professionals to teach children in low-income schools. It was founded in 2007 by Shaheen Mistri and within a decade they have successfully made it to 7 cities. In addition to this, they have 910 fellows along with 660 Alumni working towards destructing educational inequity.

In this article, we have shared the journeys of some of these dynamic Indian successful startups, who have set benchmarks in their chosen fields. We hope, you found this post about ''Top 10 Indian Startup Success Stories That Will Inspire You'' useful and inspiring. Good Luck!