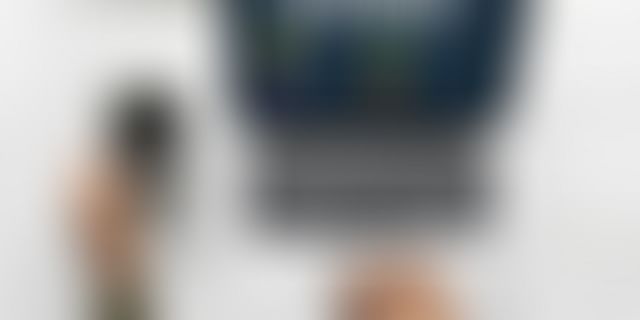 Coming up with an idea of a startup seems quite astonishing at first – you're headlined by your genius only to find out that you're stranded in a market that has better ideas. To get acquainted with the whole concept of attaining growth in startups, we bring you one of the most prominent examples of success known to man (or the Internet, per se).

From developing an iconic brand strategy to executing its business plans without any vague discrepancy, Dropbox soon became one of the iconic yet notorious business models in the world of startups and economy.

Dropbox offers 2 Gigabytes worth of cloud storage to every user for free via its Basic Plan that is accessible on a variety of computing devices including desktop, mobile, or app. The Business Plan doesn't limit the number of users’ accessibility per account (5 users and more) nor does it limit the amount of storage available.

·        In 2014, Dropbox generated revenue of $10 billion after funding its latest marketing strategy in the consumer market.

·        After 9 years from its launch, Dropbox not only hosted 400 million users on its platform but evolved from a consumer-based cloud storage service to an enterprise worth billions in the market.

Mentioned below are 7 marketing lessons that any budding entrepreneur can learn from Dropbox's viral growth.

Competition in business arises when an idea of a brand becomes inspirational and motivates a like-minded individual to borrow and improve it for the revelation of his personal genius. Ideas are, causing brand strategies to improve and businesses to explode exponentially.

Take, for example, Dropbox's founder, Drew Houston who came up with the idea of creating a huge cloud computing server while waiting for his bus. At the time, Houston didn't have his thumb drive or his access to files stored in his school's intranet cloud system service.

From there, he began to build code for his cloud computing startup that would eventually give the world cloud access.

Pro Tip: Your idea might not be unique, but there is no way that you can't tweak or alter it to provide your consumers with a product that's not only bigger but also better than any of those in the market.

Dropbox created considerable buzz for the launch of its product via Digg, Hacker News, and E-mail Marketing. Dropbox garnered a ton of email addresses by uploading its landing page with a CTA long before the product was made available to the public.

With the help of a screen-share on Hacker News that attracted a gold mine worth of 71 prime user comments and a viral video on Digg that revolutionized Dropbox's marketing strategy with 70,000 pending sign-ups for the launch.

Did you know that Dropbox drew an entirety of 99.75% users that weren't attracted to its launch via any of the afore-mentioned sources? This is what you call branding with a motive. Above is a picture of Dropbox's rebranding that became community talk of the day.

Pro Tip: You can learn about your target audience and use it to leverage the launch of your brand.

Respond to Those That Aren't Heard

When Linux users found out that Dropbox wasn't accessible to them via Hacker News – before the launch – they requested the founders to come up with a plan that assures accessibility across different platforms.

Dropbox decided to leave beta so that its software could be accessible to Linux users as well. This decision helped create a vast interface of 4 million Linux users in a couple of years, garnering 5.6% of the entire user-base on the cloud.

You must go out of your way – even if it isn't profitable – to meet the demands of accessibility for users to soar ahead of the competition.

Pro Tip: Pay attention to the 'lesser heard crew' as it is also a significant part of your target audience.

Minimize the Complexity of Your Product

You've seen how Facebook's and Instagram's servers or WhatsApp's entire interface crashes down occasionally, preventing people from having access to something as baseless as scrolling through their feeds?

Imagine if one day, your Dropbox crashed. Millions of gigabytes worth of files held hostage by Dropbox lost in oblivion – even if it was only temporary.

Dropbox switched from the basic redundancy of C code to Python for its interface so that its hardware could be standardized and maintained at a faster and more responsive rate. Troubleshooting for the resolution of several database issues became easier as well.

Pro Tip: Maintain your technical infrastructure and strengthen your backend so that you wouldn't have to face backlash quite often. Simplify technicalities for yourself and your users as well.

Know the Extent of Your Investment

Before walking into the world of business, ask yourself whether you can afford the cost and if so, to what extent.

Dropbox had an exceptional 'undo' feature on its interface that allowed users of both Basic and Pro plans to access their deleted files once again. Since it was hosting millions of users worldwide, its space was getting saturated with data.

Even though Dropbox was growing and could afford to spend millions to host the same, it limited the usage of its 'undo' feature for paid users. This helped the brand escape the fallout and backlash of free users, preventing Dropbox from suffering critically.

Are you aimlessly investing in a premium feature or product that your users don't care about? Surveys can help you streamline your success. Create a﻿ quiz to know what your users want from your brand. Any feedback will be better for improvement.

Pro Tip: Be sure to know what your target audience prefers in the first place.

From building their growth agenda to scaling their cloud architecture to finally making the server more accessible and more straightforward for users worldwide, Dropbox aimed for success slowly and intelligently.

Dropbox leeched onto several marketing tactics, but paid media strategies were a part of Drew's first approaches. Although paid media allows a brand to grow quite significantly, Dropbox didn't achieve the required profit as compared to their expenditure.

With the help of social media, Dropbox initialized a giveaway of free cloud storage space that garnered massive engagement from current and new users.

They created a social media presence through Twitter and generated a buzz via approaching the tech press.

All in all, Dropbox tried a variety of marketing tactics, but failure or backlash didn't stop it from jumping on a new bandwagon in the industry. They believed in trying, hoping to eventually resonate with a campaign that will help their brand explode massively.

Pro Tip: Build your brand according to a strategically designed framework — don't merely jump on the bandwagon and begin marketing your product without deciding what your brand strategy is all about.

Stick to What Works

Dropbox is known as the pioneers of the 'word-of-mouth' strategy. Dropbox kicked off its referral program in 2009 by providing free bonus cloud space to new entrants as well as to existing users who invited their friends to sign up.

The referral program garnered 35% of daily registrations, mainly due to the reason that most users signed up so that they can gain access to shared storage space for better user experience and high accessibility.

Trying out new marketing campaigns is recommended, but in the case of scaling your options, it is better to go for the one that helps boost your brand's visibility and credibility.

Pro Tip: Focus on one marketing tactic to scale your growth.

While your hopes of launching a startup might falter during the first six months of struggle, we want you to make peace with the following two facts.

One, like recovery, growth isn't linear as well. The route to establishing a firm enterprise comes second – your primary goal here is to get recognized as a successful startup, and it might take months to years to do so. Secondly, growth doesn't happen overnight – unless you're privileged enough or are branching as a subsidiary of an already established enterprise.