Ever wondered that you could do something OTHER than joining college after school? 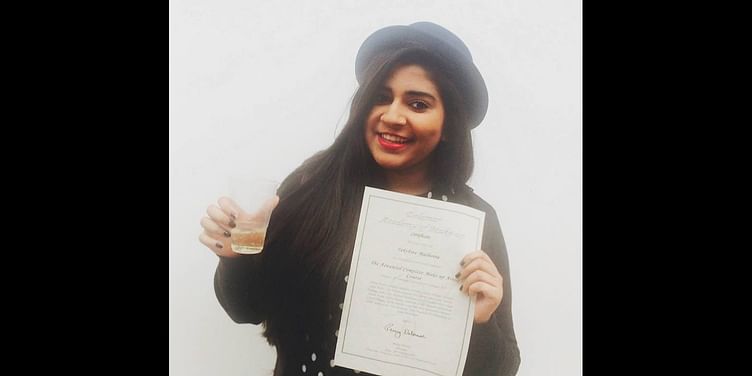 This girl was ready to risk that and is chasing her dreams while she makes a living!

Inspite of those movie affairs, our dreams get blurred by the idea of going to college. Doing a degree course in Economics, Commerce, Engineering and Architecture becomes the next turn so that you can land a 'safe' job. But you never imagine taking a step toward your dream and follow your heart. Takshita took that road less taken to become a make-up artist.

Takshita Malhotra, a blooming make-up artist did not do a college degree. But she had found her calling. She wanted to become an expert in something that she found extremely fascinating since childhood - Make-up. So after finishing school from Maharani Gayatri Devi, Jaipur, she decided to join the Delamar Academy for Makeup and Hair in London. The eleven month course had faculty from all feature films right from Harry Potter to Lord of the Rings! With that kind of exposure, Takshita learnt Special Effect Makeup, Prosthetics, different hairstyles, wigs and much more.

After her course in London, she decided to shift to Mumbai to find work. She was nineteen and working in a new city! To live in a new city for work at the age of nineteen required a lot of will-power, patience and confidence. Takshita created a portfolio of her work and started freelancing. Apart from working, adjusting in a new city all alone was a hurdle she crossed very gracefully. She started going for shoots at the age of 19 as a Make-up and Hair artist.

Working as a Make-up artist wasn't easy but when you enjoy what you do, work becomes play. She had to be on set early in the morning and work for more than twelve hours. She always had to be on her toes ready to do another touch-up. The process however exhilarating, made her feel confident about herself and about her passion for work.

Amidst this entire process, Takshita's parents were extremely supportive. They did not care about what the society thought. They understood what their daughter wanted and had immense confidence in her. For a parent, this process requires a lot of mental strength which Takshita's parents undoubtedly had.

21 now, Takshita is still working in Mumbai. In the period of two years, she has worked with Richa Chadda, Shibani Dandekar and Hazel Keech. She has also done a number of advertisements with NH7 Weekender and Budweiser. Recently worked with the Elle Magazine India, Takshita looks upto Namrata Soni and Elton Fernandez for inspiration and feels that she still has a long way to go.

Joining a six month course after school and starting to earn for oneself at the age of nineteen especially by doing something you love is everybody's aspiration. Takshita, with the immense self-confidence in herself is sailing her boat quiet smoothly and has a story everyone needs to take inspiration from! 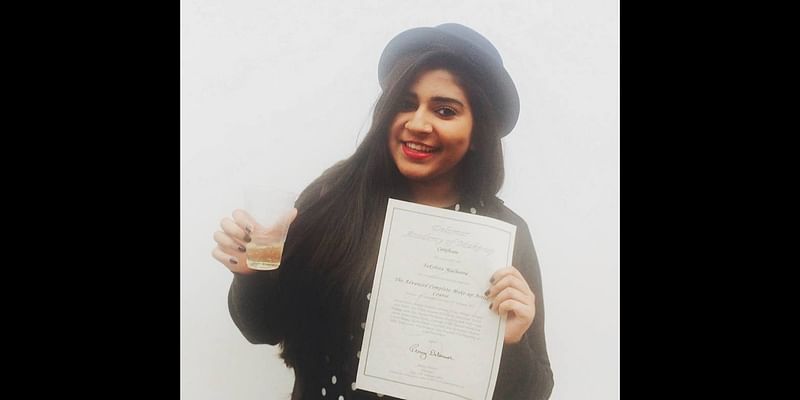 Takshita having done the 22 week advance makeup course from London