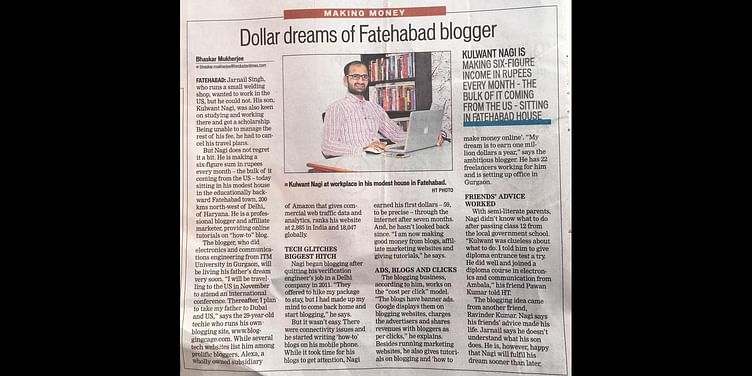 'Not good in English' should never be your excuse.

Over my life I have met lot of people, some successful and some unsuccessful. Those who became successful had their own story to tell with glory. Hard work and never giving up spirit was surely one of the common factor among most of them which led them where they stood. But strangely among the unsuccessful peoples something was common too. It was not the habit or what they did wrong, it was the excuse they had. Sure, we all have met lot of people in life who are living the life they want to live and the reason they give is they are 'not good in English'.

The current generation in India has somehow connected the good knowledge of English language to the success people achieve with the same cord. Which is correct to some extend. The fact that proper communication is needed to achieve in life what you want can never be denied. And English being the language spoken and understood by humans internationally is surely a must thing to learn.

Today I tell you a story, story of a guy of whom I am fan and friend of at the same time. This is about a human who overcame the fact that he is not good in English and not only made big in life but is on his way to become a millionaire.

Any guesses what he does?

And he writes in English.

And is making already making millions in Indian currency.

The name is Kulwant, Kulwant Nagi. If you search this name online within half an hour of research and reading you will come to realize the power of this name. Kulwant is one of the leading professional bloggers from India and does blogging full time. Blogging is his job.

Leaving his well paying job at a MLM company, he took the tough decision to do blogging full time. Creating a blog and helping others to create blog and make money online, is what he usually writes about. His main blog www.bloggingcage.com is a worldwide leading blog on 'How to make money online' and do blogging.

Coming from a small city of fatehabad in Haryana state of India. Learning to communicate in good English was the first priority. And when you decide to make money by writing stuff online, learning English at professional level becomes and top priority. Kulwant not only learned English and but took Indian blogging to another level with his blogs. 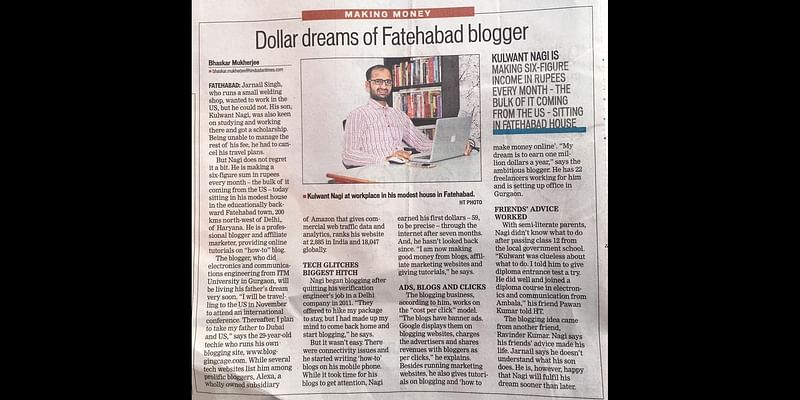 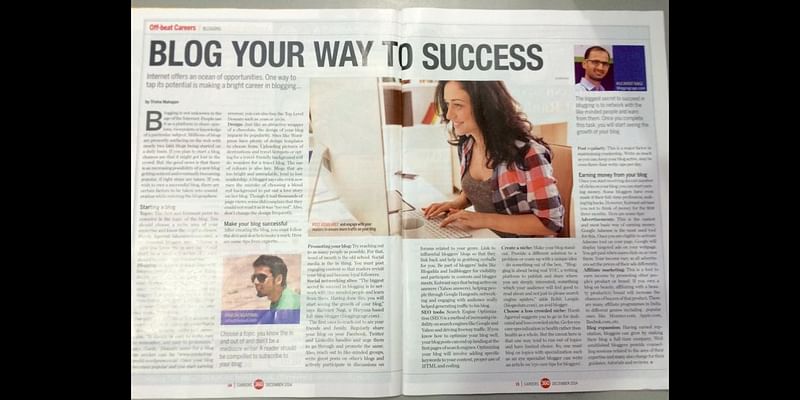 Kulwant's main blog alone make him 5 figure earning and mind that when I say 6 figures in dollars. He does affiliate marketing and also makes a lot of money from advertising and taking paid webinars. Apart from running 'Bloggingcage.com', kulwant also run some small niche blogs like knowledgecage.com. Selling some well ranked blogs and websites of his own, has also paid him huge money. Kulwant recently launched his premium wordpress themes selling company by the name of 'Dashing Themes'. The way kulwant is growing, the day is not far that he starts making millions in month like world famous bloggers.

Its always about doing what you love.

If you like traveling, being busy with work can never be an excuse. Kulwant loves traveling and he is proving he does what he loves. First by leaving his job and opting blogging full time and now by traveling one country at a time. Kulwant not only travels across the world but also turns those into business opportunities.

Read a little more about his life here.

There are lot of things to learn from the story of Kulwant Nagi's story and never giving excuse for failure is sure the one. If you fail at something find a way to learn from it and do it better next time, instead of finding the perfect excuse. You are good at English or you are not good at English, if you determined to do something, you will.

" When you are dedicated to achieve what you goal for, nothing can stop you"