Moving Towards the Fintech Age 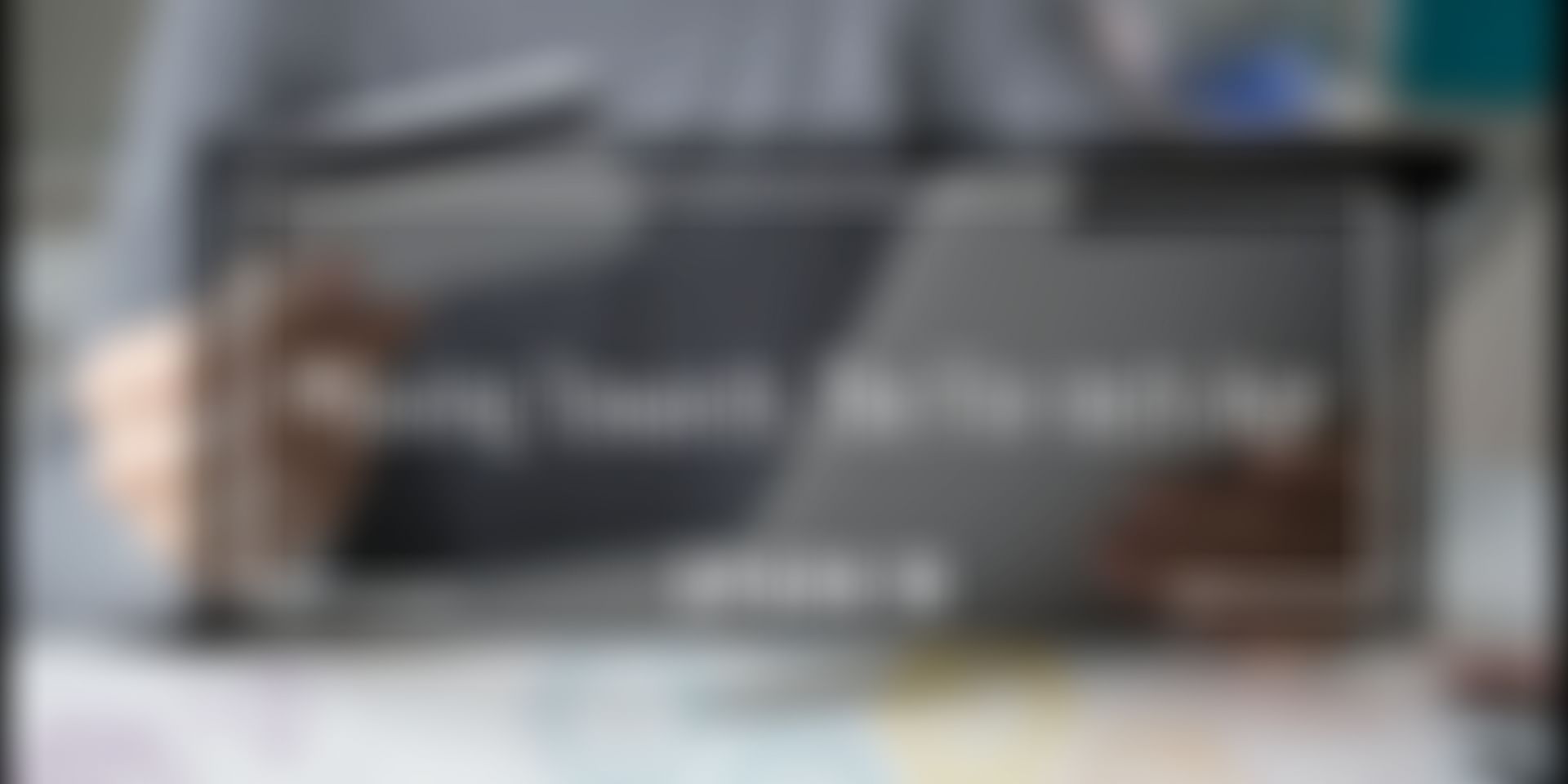 Fintech startups are here to touch all our lives, be it the urban youth or the rural poor. They are creating on-the-fly solutions for  problems conventional banking and financial services could not solve for decades. 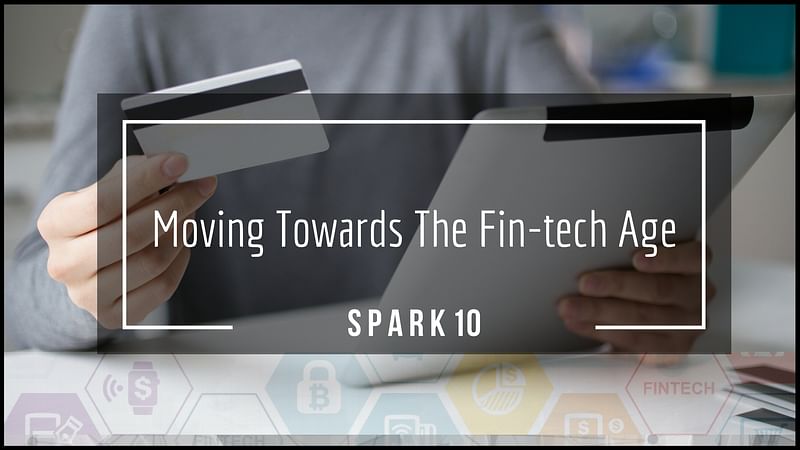 The Banking and Financial Services industry is witnessing a rapidly changing landscape, with the rise of fintech companies being the catalyst. Traditional banking products, services and channels are losing relevance as customers, increasingly influenced by social media and technological advancements in other spheres. There is immense, and largely unfulfilled, demand for better customer experience and convergence in services. Mobile-internet based banking services are being rapidly adopted, resulting in bank queues shortening by the day. Service levels are no longer the differentiating factor. A customer experience that is efficient, convenient, personalized and streamlined at every touchpoint is what sets financial institutions apart. The changing regulatory environment and other macroeconomic indicators have also contributed to make this a never before opportunity for the rise of fintech start-ups and their disruptive digital banking solutions.

Digital banking has influenced world economy manifold. Alternative Lending is probably the greatest innovation by fintech companies if you were to ask millennials. The traditional banking system has extremely rigid norms and mandates a cut-off credit score to qualify for a loan of any kind. Young adults, the self-employed, and people who have moved cities/countries have little or no credit history, if they have not taken a loan previously or do not have a credit card. Such people would have a zero FICO or CIBIL score. In emerging economies alone, individuals as well as institutions rely on cash nearly 90% of the time. This increases the cost of servicing customers for financial institutions, while leaving little or no usable data to assess creditworthiness of such businesses and individuals.

Fintech start-ups like the UK-based Aire; Kabbage and Lending Club in the US; Datasigns, Capital Float, Rubique, Finomena, OptaCredit and the likes in India have recognized the need for democratising the credit score. Consequently, they have leveraged the power of Big Data, machine learning and Artificial Intelligence (AI) to assess creditworthiness. App-based lending services have used these techniques to asses “intent to pay” rather than the conventional “ability to pay”. This has helped transform B2B and B2C lending for Micro, Small and Medium enterprises (MSME) and individuals. Forbes estimates, the 1,000 fintech companies in the world have collectively raised US$105 billion in funding and are currently worth nearly US$870 billion. Investment in fintech firms has more than doubled between 2014 and 2015, with California and New York in the US, the UK and France being the global hubs. They are followed closely by India and China, primarily because of a large population and a fast-rising middle class. In India, experts predict, as people and jobs become more mobile, alternative lending - rather than staying on the fringes - will be the new ’normal’.

It wouldn’t be too far from the truth, if one stated that Alternative Lending is the poster-boy of fintech industry. It is worth noting however, that the young adults living in urban areas aren’t the only beneficiaries of digital banking. It has also started touching the lives of the rural population in emerging economies, which were, so far, unbanked. According to a McKinsey Global Institute study, 2 billion people globally do not have a bank account or access to credit., At least 200 million MSMEs in emerging economies have little or no access to credit, impeding their growth. This gap between demand for credit and its supply is estimated to be at US$2.2 trillion. For governments, the predominant use of cash leads to leakage (estimates peg it at one-third of cash payments), enabling corruption and affecting the efficiency of delivery of government aid and subsidy.

Access to a smartphone, connected to an ecosystem of thousands of mobile apps running securely over a cloud computing infrastructure, provides the much-needed basis for a suite of basic financial services. A digital wallet (linked to a traditional bank account) can be used for payments and remittances, wages and government subsidies, transacting at stores, and paying utility bills and school fees. All this at a finger’s touch saves time, money and effort, that too at no risk and greater convenience. Fintech start-ups can partner with financial institutions to provide digital banking solutions, at costs 80% to 90% lower than the cost of building brick-and-mortar bank branches. Over time, based on the database created by transactions made through digital wallets, credit risk may be assessed for providing loans. As the use of digital payments and other digital products increases, the benefits to all users increase, creating network effects that can further accelerate adoption. According to studies, in Kenya, the use of M‑Pesa mobile-money system grew from 0 to 40 percent in the the first three years of its launch in 2007—and rose to 70 percent by 2015, much faster than traditional banking could ever hope to achieve.

Uniquely poised among the emerging economies is India with the third-largest smartphone market i.e. 314 million mobile web users as of 2017. Faced with the herculean task of delivering on its promise of financial inclusion and transparency, the Indian Government is relying on innovative digital solutions. Hundred million new mobile wallets have been created in India in the past one year by fintech start-ups that did not exist a decade ago. More than a billion citizens have been brought under the digital grid through India’s Unique Identification Program (UID) in five-and-a-half years, which is probably the fastest digital service growth in history. In a massive exercise, the government has also opened more than 200 million bank accounts linked to the UID to deliver government welfare funds including wages and pensions, aimed at reducing leakage.

The widespread use of digital finance can uplift the GDP of emerging economies by as much as 6%, or US$3.7 trillion, by 2025. Close to 1.6 billion unbanked people can gain access to formal financial services, if the India example can be replicated by fintech start-ups in other countries. An additional US$2.1 trillion of loans can be provided to individuals and businesses. Governments can potentially save US$110 billion each year from leakage. Together, the resulting growth in aggregate demand could create 95 million new jobs.

The global economy witnessed a lacklustre 2016. With uncertainties surrounding the policy stance of the new administrations in countries like US, UK and France, 2017 is expected to be a year of moderate growth too. The huge opportunity created by fintech start-ups has the potential to jumpstart the global economy, creating a win-win situation for financial services businesses as well as emerging countries. The demand created by emerging markets, in turn, would be enough to fuel businesses worldwide. Traditional Banking and Financial Services firms are now beginning to take note of this. Investment Banking behemoth Goldman Sachs, for the first time in its 147-year history, has entered into the world of retail lending by building a technology infrastructure called Marcus by Goldman Sachs, a new online personal lending platform, where credit-worthy borrowers can apply for fixed rate, no fee personal loans up to US$ 30,000 for periods of two to six years.

While this is an unprecedented chance for the fintech start-up community to impact every life across the globe, there is also the risk of handling exponential amounts of sensitive personal and financial data pertaining to individuals and businesses. Especially when financial institutions and/or governments are involved, this may well turn out to be a double-edged sword. While competition may be tough, making margins wafer thin, investing in top-notch security infrastructure may eventually turn out to be a greater differentiator than innovativeness alone. Following established industry practices such as performing KYC, due-diligence and AML checks along with fair interest rates will ensure healthy growth for this sector. Fintech startups must remain wary of going down the microfinance route, which started with great promise but faced issues due to lack of transparency, poor governance, coercive recovery practices and high lending rates. This opportunity can only turn into a remarkable success story if fintech startups stay close to their core competence: accessibility, ease of use, low cost and innovation.