ACTION FOR INFRINGEMENT AND THIRD PARTY USE

This question was dealt with by the Hon’ble Supreme Court of India in National Bell Co. & Anr vs Metal Goods Mfg. Co. (P) Ltd 1971 AIR 898, 1971 SCR (1) 70, where by the defendant took the defence that the subject matter trademark of the plaintiff is being used by various third parties and that the same is common to trade. The Hon’ble Supreme Court of India discussed this issue and answered the same in this manner: “This evidence negatives any abandonment of trade marks or letting infringements go unchallenged or misleading the other manufacturers that the respondent company would not interfere it they were to use the same marks. Rights in a mark can, of course, be abandoned by its owner but so long as he remains the registered proprietor of the mark and carried on the business to which the mark is attached, a plea of abandonment is difficult to sustain. It would, however, be a different matter if it is shown that there, were repeated, undisturbed infringements. The evidence in the present case does not show that there were repeated breaches which went unchallenged though known to the proprietor. Mere neglect to proceed does not necessarily constitute abandonment if it is in respect of infringements which are not sufficient to affect the distinctiveness of the mark even if the proprietor is aware of them. (see Re. Farina(1) Where neglect to challenge infringements is alleged, the character and extent of the trade of the infringers and their position have to be reckoned in considering whether the registered proprietor is barred by such neglect. [see Rowland v. Mitchell(2) ]. The plea of common use must fail, for, to establish it the use by other persons should be substantial.”

In P.M. Diesels Ltd. Vs. S.M. Diesels, 1993- PTC-75 case, the defendant took the defense that the subject matter trademark is being used by various parties and that the plaintiff is not taking action against such infringers. Hence the plaintiff has abandoned right in the subject matter trade mark. This issue has been dealt with by the Hon’ble Court as ,   “Next contention raised by learned counsel for the defendant is that the word Marshal has become common to the trade of diesel engines in Rajkot and various other persons are using the trade mark in one form or other as inasmuch as some are using Air marshal, Perfect Marshal, Power marshal etc. and the defendant is not the only person who is using the trade mark Sona marshal only. The plaintiff, therefore, cannot claim its trade mark to be distinctive of its goods or business and no customer is likely to be confused or deceived on account of this trade mark. This contention of the learned counsel for the defendant is also without force. In this connection it is sufficient to say that under the law it is the right of two parties before the court which has to be determined and the court has not to examine the right of other parties. If some other manufacturers are using or suffixing the word Marshal on their diesel engines, it is of no consequence. Furthermore, if the plaintiff has not taken any action against several other infringements, this does not mean that the plaintiff has abandoned its trade mark and cannot challenge the action of the defendant.”

In Essel Packaging Ltd. Sridhar Narra & Anr. 2002(25) PTC 233 (Del) case, the Hon’ble Delhi High Court dealt with the issue of the defendant regarding the third parties user and answered this question in this way, “Merely because some other parties or persons are using the name ESSEL does not provide a justification to the defendants for using the said name as the plaintiff has been using this name much prior to the adoption of this name by the defendants and its widespread use of this name shows that this word has become synonymous with the business of the plaintiff and its group companies.”

In Express Bottlers Services Pvt. Ltd. vs. Pepsi Inc. & Ors., 1989 (7) PTC 14 case, the issue of inaction on the part of the plaintiff against the other infringers came, which was dealt with by the Court in the following manner: “To establish the plea of common use, the use by other persons should be shown to be substantial. In the present case, there is no evidence regarding the extent of the trade carried on by the alleged infringers or their respective position in the trade. If the proprietor of the mark is expected to pursue each and every insignificant infringer to save his mark, the business will come to a standstill. Because there may be occasion when the malicious persons, just to harass the proprietor may use his mark by way of pinpricks.... The mere use of the name is irrelevant because a registered proprietor is not expected to go on filing suits or proceedings against infringers who are of no consequence.... Mere delay in taking action against the infringers is not sufficient to hold that the registered proprietor has lost the mark intentionally unless it is positively proved that delay was due to intentional abandonment of the right over the registered mark. This court is inclined to accept the submissions of the respondent no. 1 on this point... The respondent no. 1 did not lose its mark by not proceeding against insignificant infringers.”

In Pankaj Goel vs. Dabur India Ltd., 2008(38) PTC 49 (Del) the  case, similar question came before the Division Bench of Hon’ble High Court of Delhi, where in the Hon’ble Division Bench reasserted the same principle, which is as follow: “As far as the Appellant's argument that the word MOLA is common to the trade and that variants of MOLA are available in the market, we find that the appellant has not been able to prima facie prove that the said     infringers' had significant business  turnover  or  they posed a threat to plaintiff's distinctiveness. In fact, we are of the view that the respondent/plaintiff is not expected to sue all small type infringers who may not be affecting respondent/plaintiff's business. The Supreme Court in National Bell   vs.   Metal       Goods, AIR 1971 SC 898   has    held    that a proprietor of a trademark need not take action against infringement which  do not cause prejudice to its distinctiveness.”

In Dr. Reddy'S Laboratories Ltd. vs Reddy Pharmaceuticals Limited: 2005 128 Comp Case 42 Delhi, 2004 (76) DRJ 616, 2004 (29) PTC 435 Del, the Hon’ble High Court of Delhi reiterated the same principle that owner of a trademark or copyright is not required to run after every infringers. The relevant portion of the said Judgment is being reproduced as here in below: “The owners of trade marks or copy rights are not expected to run after every infringer and thereby remain involved in litigation at the cost of their business time. If the impugned infringement is too trivial or insignificant and is not capable of harming their business interests, they may overlook and ignore petty violations till they assume alarming proportions. If a road side Dhaba puts up a board of "Taj Hotel", the owners of Taj Group are not expected to swing into action and raise objections forthwith. They can wait till the time the user of their name starts harming their business interests and starts misleading and confusing their customers.”

In 2008 (37) PTC 468 (Del) (DB), Indian Hotels Company Limited Versus Jiva Institute of Vedic Science case, the Hon’ble High Court of Delhi observed “It was also contended by Mr. Rohtagi that since other parties were also making use of the trade mark Jiva the plaintiff was not entitled to the injunction prayed for. The decision of this Court in Info Edge (India) Pvt. Ltd. and Anr. v. Shailesh Gupta and Anr. 2002 (24) PTC 355(Delhi) provides a complete answer to that submission. The court was in that case also dealing with a similar argument against the issue of an injunction which was repelled, holding that the use of the trade mark by some other party against whom the plaintiffs have not proceeded immediately for seeking an injunction would not dis-entitle him from seeking an injunction against another party who was similarly committing a violation.”

In 1998 PTC (18) 698, Indan Shaving Product Limited Vs Gift Product, the Hon’ble High Court of Delhi dealt with the contention of the defendant as under: “It was next argued by the learned counsel for the defendant that the said trade mark Ultra is being used by several other persons/companies besides the defendants such as Toshiba, National and Sony. Thus the same has become publici juris and the plaintiffs can not claim any exclusive right therein. Admittedly, the said parties are not before this Court. Neither the said parties are claiming any relief against the plaintiffs nor the plaintiffs are claiming any relief against them. Hence the said defense, that other persons are also using the said trade mark, is not available to the defendants. The Court is called upon to decide disputes in between the parties which are before it. The Court cannot be expected to adjudicate upon a dispute which is not before it. A matter very much akin to the matter in hand came up before a single Judge of this Court.”

In Amrit Soap Company Vs. New Punjab Soap Factory, 1989(2) Arbitration Law Reporter 242, the Hon’ble High Court of Delhi answered this aspect in this manner, "The allegation that some other manufacturers are also using the same trade mark is of no consequence as the Court is concerned with parties before it only."

In 2016(68)PTC37(Cal),  Assam Roofing Ltd. Vs  JSB Cement LLP, the Hon’ble High Court of Kolkata returned the following finding, “It is a settled legal position that the use of a registered mark or the essential feature thereof by others is not a defense available to the Defendant in an action for infringement and passing off. Merely because the Plaintiff has chosen to sue one infringer first and has not at such time sued others for infringement is also no defence in an action for infringement and passing off and it is settled law that it is the prerogative of the Plaintiff/registered proprietor/owner of a mark whom to sue so as to protect its rights.” 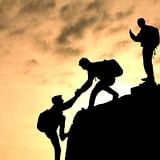 Top 5 Industries to be Affected by Artificial intelligence in 2020