Hollywood or Bollywood, movie producers often invest in developing interesting mobile games to promote upcoming movies. By releasing the game a few weeks before the release date, movie promoters can build necessary anticipation around the release. A successful game is clear indication that the movie is going to go a full house. However, that’s not the case every time coz words travel faster than the news of a cool game and if the movie is awful nobody is gonna watch it regardless of how legendary the game was or how much investment went into ios and android app development.

There are many movies that fell flat mouth at the box office despite success on app stores. I have listed five of those.

Darr @ the Mall is probably the worst horror movie ever made in the history of Bollywood. In fact, it wasn’t scary at all unless you consider the horrible time people had watching it.

The producers invested in a game to promote the movie. Apparently, the game turned out to be a larger success than the movie itself. Published by Sony Picture, the game topped the app charts around the time of the movie release.

The game is still listed on the Play Store and continues the journey of protagonist Vishnu as he tries to free the owners and their kids from the Mall and solves multiple puzzles on the way.

The graphics are good for a mobile game. The gameplay is intuitive and is well adopted to touchscreens. The lighting effects, quick animations, and gory antagonists well mimic the movie’s horror genre.

After I watched this movie, I started appreciating Krissh, even RA.One. No doubt, NDTV’s Saibal Chatterjee called it “poorly mounted, abysmally acted and dreadfully tedious” and gave it a poor rating.

However, the Flying Jatt the Game became quite a success. The comic-themed nature of the script was better suited to a video game than a movie. 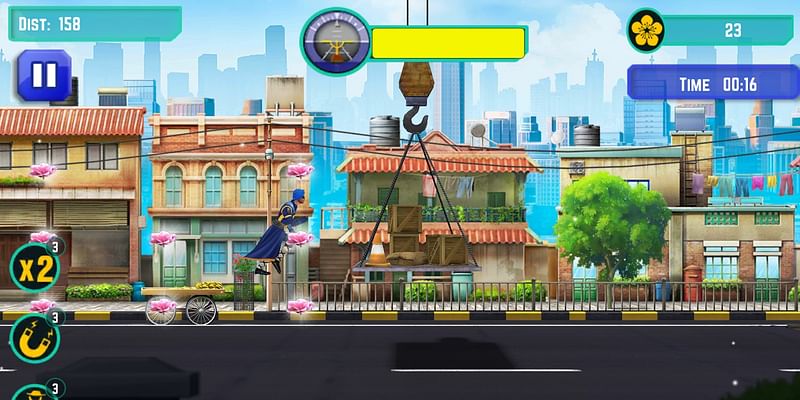 The flies high in the game, delivering the thrill and entertainment absent in the movie.

The game is an endless chase much like Temple Run. The Jatt dodges, and jumps over various hurdles to achieve his mission to the save the mother earth. On the way, he collects coins and special powers. The vivid graphics and lucid gameplay guarantee hours of entertainment.

The Sonakshi Sinha starrer garnered much acclaim over the internet upon the launch of its first trailer showing a violent Akira beating bad-boys black and blue. However, the trailer left nothing to be shown in the movie.

Unlike in “Akira: The Game”, where she was as fierce and foolhardy as in the trailers. If you have played Street Fighter in the past, you’ll go outright crazy. You’re Akira and you must throw as many punches and kicks on the opponents while dodging their until they trip. There are many fights she must fight to prove her innocence.

4. Ghayal Once Again - The Game

The sequel to Sunny Deol starring Ghayal failed to grab public attention owing to its flawed script, slow screenplay and an aging, out-of-shape Ajay Mehra. Although it was a commercial success, it failed to fulfill people’s expectations who expected punch and storyline of the original.

In Ghayal Once Again - The Game, the younger avatar of Sunny Deol saves the four kids in the movie, one after another. The gameplay will make you travel streets to streets, resting your “Dhai kilo ka hath” on anyone coming in your way. Once you have incapacitated everyone including the mafia boss in a level, you rescue one of the kids hiding in a corner.

The storyline of the game is quite reflective of that of the movie and will keep you interested in this short yet interesting game. It’s fun to be larger than life Sunny Deol on a small screen. Once you have rescued every of the four kids, the game concludes.

I guess if they will make a game out of the original movie, it’ll be a better bet. Nevertheless, the game is on Play Store

RA.ONE was probably the biggest blunder ever thrown to us on a Diwali eve. Shah Rukh Khan himself confessed to its absurdity.

The movie was based on a game itself, so a proper video game from the team was inevitable. They quite delivered not just on Android but also PC, PS2 & PS3. Together SRK and Arjun Rampal released the PS versions of the game in a press release hosted by Sony Entertainment in Mumbai. CNN covered the game launch--such was the hype.

However, the PC and PS versions failed to impress gamer community and were withdrawn within a few months of the launch.

Surprisingly, the mobile version went on to top Play Store charts. The video game was, actually, a prequel to the movie. The game introduced six superheroes and villains and 20 gameplay environments. 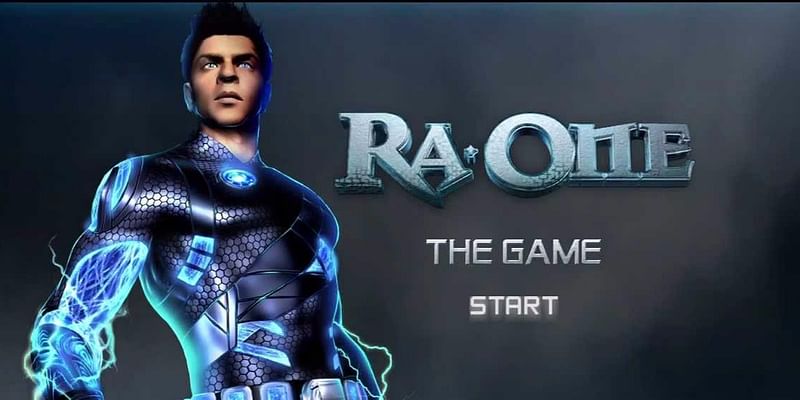 The graphics were console quality, a benchmark for mobile games back then. Although the game is no more live, it was downloaded more than a million times, making it probably the most downloaded mobile game based on a Bollywood movie ever.

You can download it from Mobogenie if wish to play it.

Games are a medium of entertainment. If people find them interesting, they are gonna play it. Where the game came from or who’s the publisher seldom matters to them. As is the case here, those movies may be hit or a flop but those games will keep them alive for a long time to come.

However, the fate of a movie totally rests on its entertainment factor. If it does not have the factor, no amount of marketing, star power, or intriguing games can twist that fate.