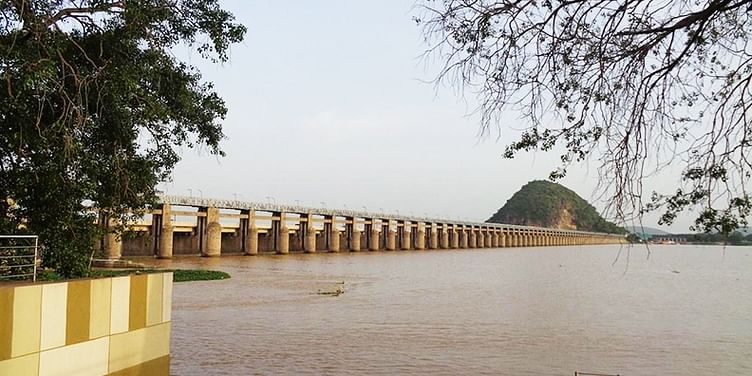 Belonging to the Andhra Pradesh capital region, Vijayawada is the second most populated city of the state. It is also one of the most popular and most visited tourist destinations. Vijayawada is a busy city with colourful lights; it offers a variety of experiences. With worship able Krishna River, admirable Prakasham Bridge, and green mountain on the backdrop, Vijayawada is clearly a most scenic and beautiful city.

A little away from the city, one can visit Undavalli caves and go ahead to the capital – Amaravati. Places in and around Vijayawada serve as living examples of the early stages of Gupta and Chalukya architecture. Inside the city, one can climb up the mountain and worship Kanaka Durga Devi, and later relax by the river and enjoy authentic Andhra cuisine.

As most places in the state, Vijayawada has hot summers. Winters are the best time to visit the place. During the months of October to March, the weather is pleasant in Vijayawada.

There are many small and big restaurants in the city. As a prominent city, there’s more than one option for food in Vijayawada. More than everything, the perfect south Indian chaats prepared with an Andhra twist are definitely not to be missed. Almost every kind of cuisines and some of the popular restaurant chains can be found here. Try out the creative cafes and restaurants that are found on the bank of Krishna River. 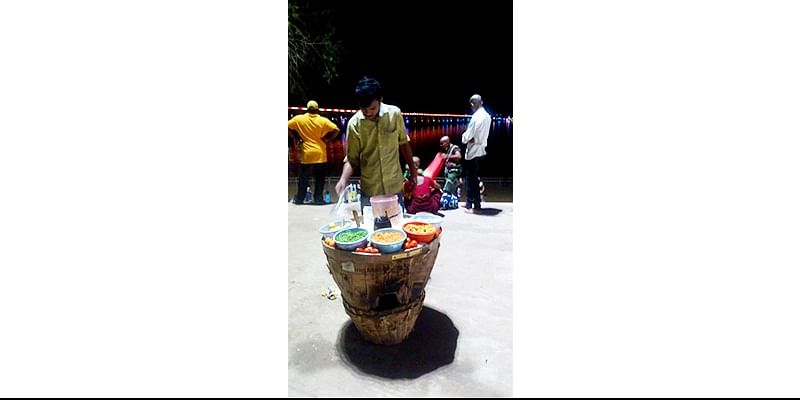 Vijayawada, a colourful city of Andhra Pradesh has many tourist destinations that can be explored and cherished. It houses some of the ancient monuments that are of great historical and religious importance. The city is gifted with the peaceful Krishna River and vibrant Prakasham Barrage. The busy city is a great place to observe and relish the culture and traditions of the region.

Kanaka Durga Temple or Sri Durga Malleswara Swamy Temple is a major attraction of Vijayawada. The popular pilgrimage destination is visited by hundreds of devotees every day. Situated in the prime location of the city, the temple stands on the banks of River Krishna and opposite to the lovely Prakasam Barrage. The beautiful temple boasts of being the second largest temple in Andhra Pradesh. Durga temple on the scenic hillock is said to be a Swayambhu (self-manifested). The temple is best visited at evenings. Sunset on the hill or even at the river is very scenic. If you’re lucky, you can also witness priest offering their prayers on the bank of Krishna River.

Undavalli caves are one of the calmest and most relaxing places of Vijayawada. It represents the beautiful rock-cut architecture found around the city. The ancient temples are great examples of Gupta architecture. Many magnificent sculptures and rock-cut chambers that are seen in the caves represent and compare the early architectural style of building Temples and Buddhist monasteries. In one of the rock-cut chambers, there is a 5 metre long, monolithic statue of Lord Vishnu. The ancient cave temples are a popular tourist attraction in Vijayawada.

Prakasham Barrage is a favourite picnic spot in Vijayawada. As for the locals, it is a great place to leave their stress behind and enjoy seeing the colourful bridge on the calm river. Prakasham Barrage stands pointing to a scenic mountain on one side and ends at the popular Kanka Durga Temple on the other. Prakasham Barrage glows with dancing lights that move in patterns and light up the whole bridge. If you ever visit Vijayawada, make sure to spend an evening watching the light show at Prakasham Barrage.

At just about 40 Km from Vijayawada is the capital of Andhra Pradesh – Amaravati. The city is popular for its ancient temples and Stupa. Along with housing one of the biggest Buddhist Stupa in India, Amaravati also has a huge, 125 feet tall Dhyana Buddha Statue. The city also has a ruined Buddhist monument, Amaravathi Mahachaitya which has been listed under the protection of the Archaeological Survey of India. It’s no surprise that Amaravati is one of the most popular tourist destinations of Andhra Pradesh. Amravati is a great place to learn about the impact of Buddhism in ancient times. 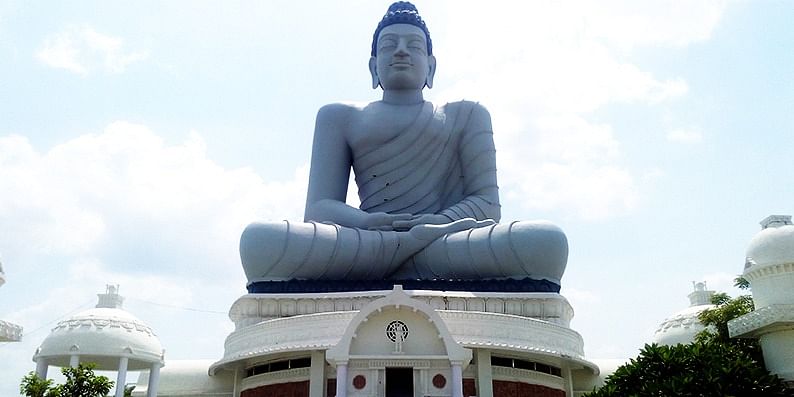 Vijayawada has a good number of star hotels and budget lodges. Even though there are no hostels, many small and big hotels that are located close to the railway station and bus stand provide decent accommodation. As it is a commercialized city more predominantly than a tourist destination, finding a comfortable accommodation for a low budget could be a task.

Hostels: Sadly, there are no hostels in Vijayawada.

Train: Vijayawada Junction railway station (BZA) is a very busy railway station. It receives thousands of passengers from hundreds of places every day.

Road: As a main city, Vijayawada has a very convenient Bus service. It is well-connected to almost all parts of the city and the state.

Air: Vijayawada airport is a prominent airport in the Andhra Pradesh capital region. It receives many international and domestic flights every day.

Local Transport: Best way to travel around Vijayawada is in share autos. In case you’re not comfortable with that, you can always take buses or regular autos. If you’re planning on going around to tourist places in and around the city, then the best option is to take the bus.

Give a visit! It’s sad that Andhra Pradesh is not one of the most visited tourist destination of the country. There are many gems in Andhra that are waiting to be discovered and praised. One such place that must be visited is Vijayawada. It is a very convenient and comfortable city with many wonders surrounding it. When you’re here, don’t forget to spend your evening watching the colourful Prakasam Bridge and the serene water. It’s an experience that’s inexplicable. For anyone who’s interested in learning about the language and culture of the glorious state, Vijayawada is a must visit destination. 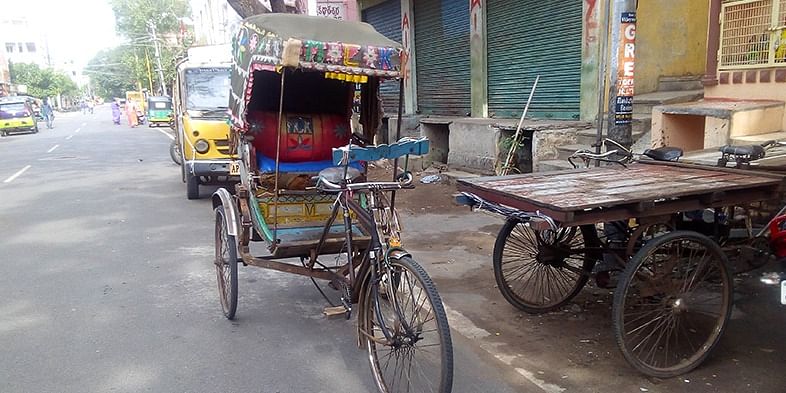