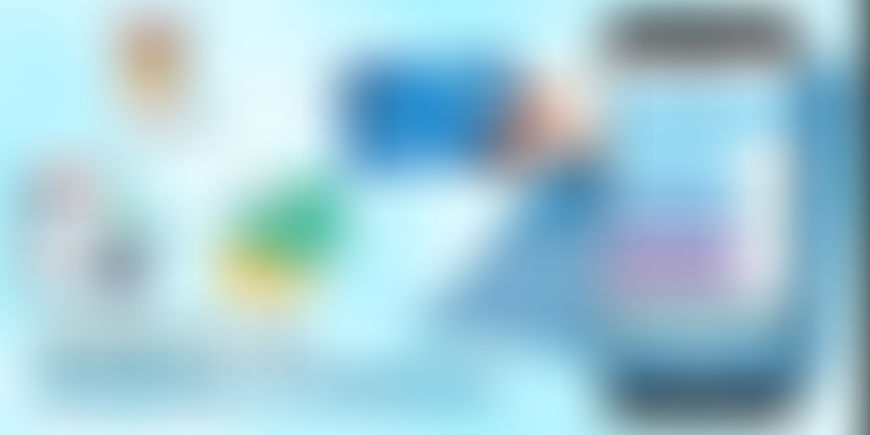 How has digital payment and mobile wallet revolutionized banking and finance industry? This blog discusses the influence of digitization on this industry vertical along with explaining the consumer behavior in this respect. 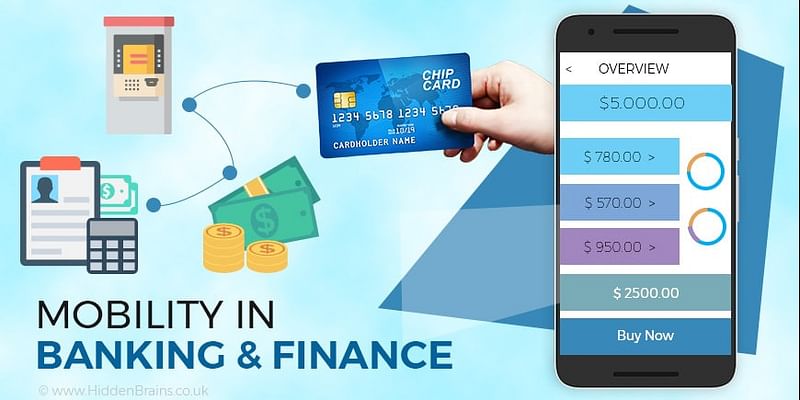 The pace of shift to digital economy has drastically increased with the rising penetration of mobile technology in the lives of common people. The introduction of digital payment and mobile wallet has come as a result of growing consumer demand for flexibility in making financial transactions. 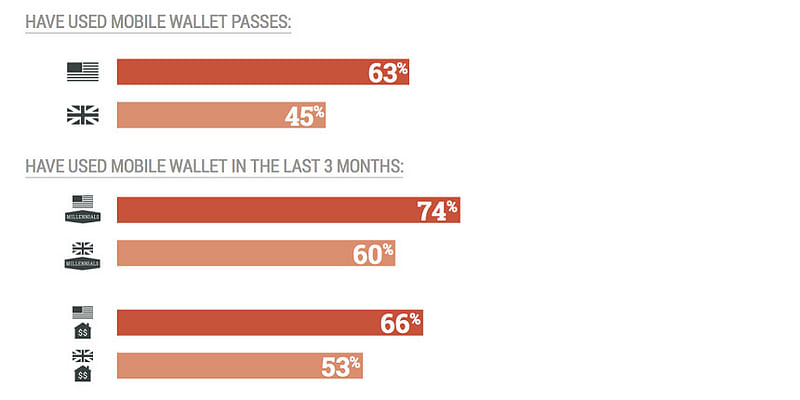 Not just mobile wallets, UK consumers are showing their interests in digital payments with regards to card usage. Let’s understand the usage of digital cards of UK consumers by comparing it with US users: 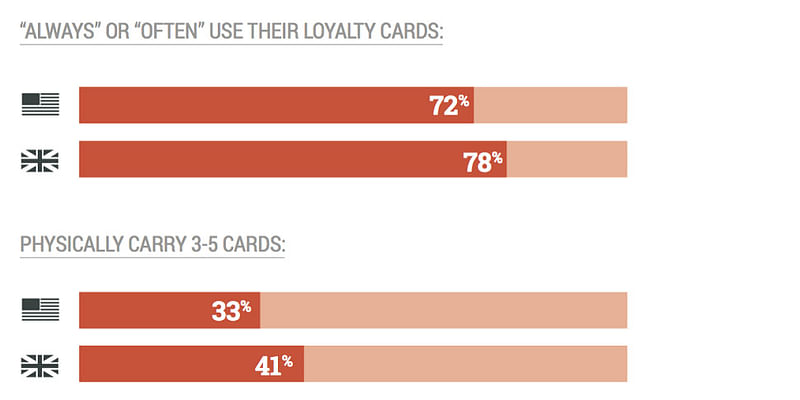 Considering the ubiquity of mobile phone and set of tasks that can be accomplished using this handset, mobile payments and mobile wallets have gained momentum. Let’s take a use case scenario to understand why consumers have shifted to mobile payments and wallet:

For example, a user open Amazon app and adds few necessary items to the cart. At the time of checkout, he is prompted to choose a payment model from available options such as card payment or mobile wallet. If the card details are not saved, the user can choose mobile wallet through which in a fraction of seconds he completes the transaction.

Now consider another example in which a user is travelling in a cab to reach a particular destination. At the time of paying for the ride, user does not need to arrange for exact change to pay the driver if he has mobile wallet. All the user has to do is pay the driver through the mobile wallet without asking for much information except his mobile number.

The crux of these examples is that when payment models can be so simple and convenient, why to choose complicated ones that consume time and make the process complicated. The flexibility of use and ease of access offered by mobile wallets have changed the preferences and behavioral pattern of consumers.

The paradigm shift to mobile wallets is justified and explained with the help of factors mentioned below:

2. Changing preferences of people with respect to conducting financial transactions

3. Encouragement from merchants to pay via digital or mobile wallet

4. Changing landscape of retail and inclination towards digitization

Inclination of Merchants to Mobile Wallets

Effective marketing strategies that grab the attention of users have always been a prime concern for merchants. Hoardings, online advertisements, review-based promotions do not create an influential impact on user’s mind as it gets used to such ads after being exposed to so many of them from different companies.

Mobile wallets have accounted in increasing sales and improving customer loyalty apart from effective marketing medium to give rewards. Merchants have channelized their reward program such that loyal customers get payback directly in registered mobile wallet. This acts a motivation for customers to stay loyal to that merchant.

Following graph explains what customers actually expect from mobile wallet when it comes to dealing with merchants: 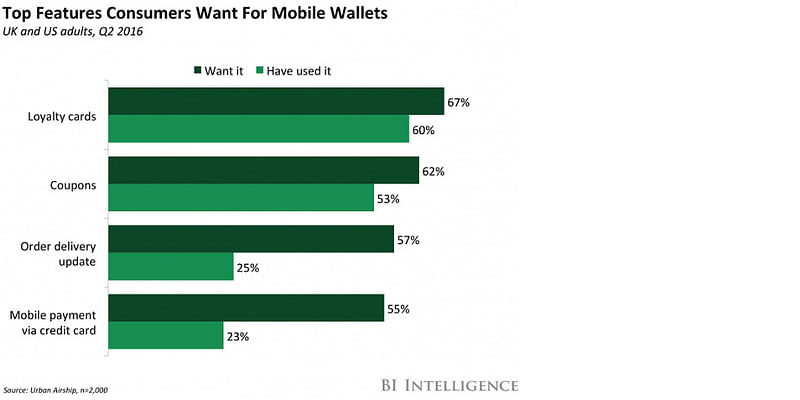 If talking exclusively about the UK based people, it is observed that millennials of this region consider mobile wallet as a preferred channel over websites to receive promotional deals such as coupons or sale offers. 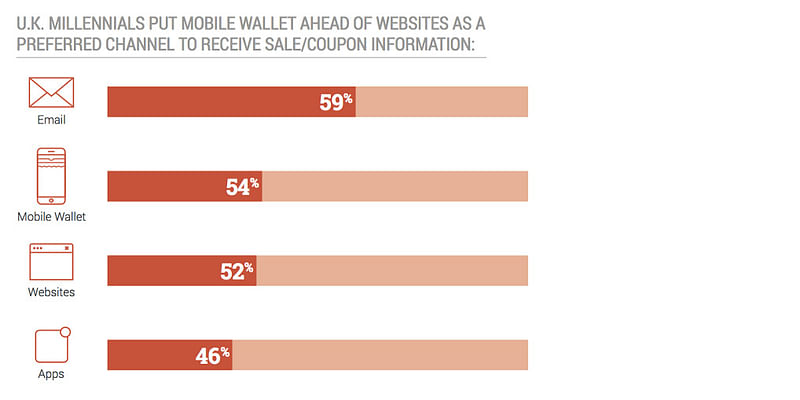 Major Banks of UK have their own mobile apps that enable users to carry out seamless transactions through their smartphone. This concept is highly appreciated by UK users with more people demanding for such mobile services for financial transactions.

Traditional banks are pushing the concept of mobile banking to cut down costs on building large infrastructure and improve engagement with customers. Another strong reason for promoting mobile banking is that if maximum users prefer this mode of banking, there would be no need to establish an array of physical branches in different places.

Did you know that in last 2 years in UK, over 1000 branches are shut after observing customer’s paradigm shift to mobile banking? Not only that, the famous Royal Bank of Scotland (RBS) has announced closing of 128 NatWest branches and 30 outlets in the UK this year.

Mobile payments, be it for small or large amount, have picked up pace owing to its convenience in transferring peer-to-peer (P2P) payments. A user might have to pay his friend, or grocery seller or any other vendor either for one time or on recurring basis. This is when mobile banking solutions as a convenient and fast mode of transferring payments.

Perfect blending of mobile technology and banking in UK is illustrated through the following graph: 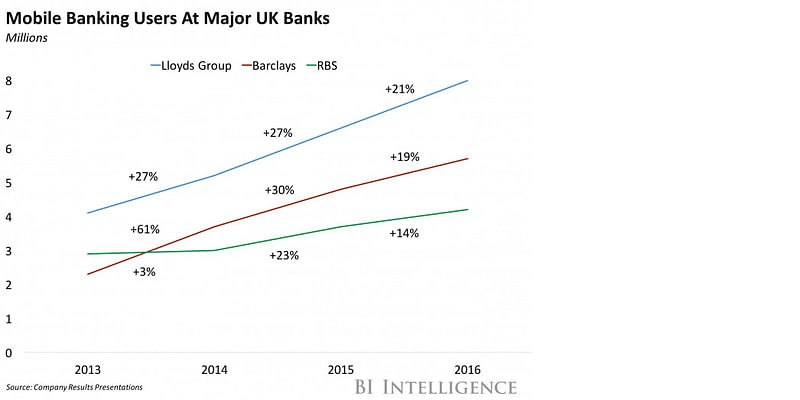 Three of the UK’s largest banks - Lloyds Group, Barclays, and the Royal Bank of Scotland (RBS) have continued to see adoption of their mobile banking offerings. These banks added millions of mobile users in 2016, the bifurcation goes as below:

If considered the overall transition of audience from 2012 to 2017, the use of banking apps has increased 356%. This is surely a big number to ponder on!

Mobile payments and wallets are widely accepted all over the world, but what would come next. Experts are trying to predict the future trend by studying about the transition curve from traditional banking to mobile banking & wallet.

Industry experts look at wearable as the next strong medium that could initiate financial transactions. Imagine a user making payments through a wearable tied to his/her wrist. There is a lot of scope for technological advancements in banking and finance industry in the coming 2 to 3 years.