Save the Radio on your Smartphone - India 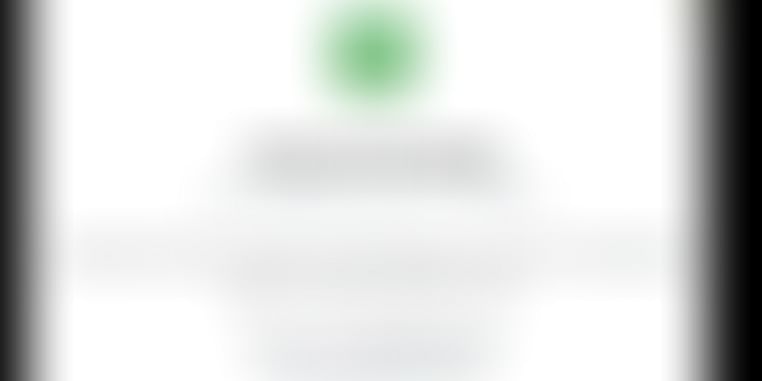 November-December is normally seen as months that bring a lot of rainfall in Chennai, a South Indian metropolitan city where I grew up. December of 2004, reminds me of the devastating Tsunami that wreaked panic to this city's shorelines on a full moon day. Last year between 28th November - 4th December, the city witnessed a record high rainfall over the last hundred years causing floods in one of the densely populated region of India.

I reckonto expose how the city and its residents crippled despite all the up to date technological advancements the residents have been living with in the name of a digitally inclusive lifestyle. Whether it is the Internet, Wireless Cellular Networks, Wired Landlines, Direct to Home Private Television channels, Google, Facebook, WhatsApp and all of the other apps you name it, just went under water. As a preventive measure, the State Electricity Board(TNEB) turned off the city grid to avoid civilians getting electrocuted as water levels inundated sub stations from where the distribution to domestic electric lines commence. One can't blame them as the life of civilians has to be the top priority for any public utility corporation/s besides the common sense that water can and will conduct electricity. So how does a city grapple without having a power source during calamities that are eccentric and wreak havoc?

This is not a simple problem to solve and none of the modes used for desirable communication could operate without having a reliable and safe power supply network besides dealing with network congestion issues during such emergency situations. After all, whats the point in claiming an operation successful when the patient is dead?

For many decades, Radio and Television broadcasters have been the primary source for providing critical information to the public at times of calamities - tropical storms/tornadoes, floods, tsunami, cyclones/hurricanes, earthquakes etc. On these occasions, radio and television broadcasters aim to provide reliable point-to-everywhere delivery of essential information and safety advice to public in duress. While they have their own power supply facilities in order to maintain communication even if the utilities power shut down, it has to be kept in mind that the receiving end electronic gadgetry will continue to remain in dark until power supply(main) resumes, except for reliable battery operated gadgets that could help facilitate people to people communication.

You are probably reading this article on a smartphone and its raining apps and data packs everywhere!

Honestly, I don't even dare to think these days, unlike a few years ago that it is even possible to live without a smartphone. A smartphone is not a phone that is smart, but it has become a very desirable gadget everyone likes to possess these days. A smartphone thus empowers us to consume and share data. In other words, the mobile phone industry generates more profit by selling data to its consumers and by consuming data from its consumers, whether it is in the form of likes/phony ads/location specific stalking etc to name a few. At the outset all looks well and good until it rings a bell to realize how quickly we're adapting to live in this new age of digital nirvana, yet completely oblivious to an in-built FM Radio that sits inside most of our smartphones - the iPhones, the Androids, deactivated.

While smartphones certainly come with a reliable battery power source - the latest iPhone7 having a 1960mAh standby rating, it gives me enough support to convince myself for operating an FM Radio chip(if activated) using that standby power. During my stint with Low Power Engineering - System on Chip Product Development, often times the total power consumption of the Smartphone gets maxed usually when apps run on devices. However in this case not only the FM Radio chip would consume very less power(dynamic) but also empower people in distress to stay in touch during vital and essential times such as The Chennai Floods 2015.

Needless to mention, people during those testing times would often look for a way to communicate to their next door neighbors either to give or seek some form of help. So just imagine for once how would it be if your Smartphone becomes a Samaritanphone rather than just being a Showoffphone. 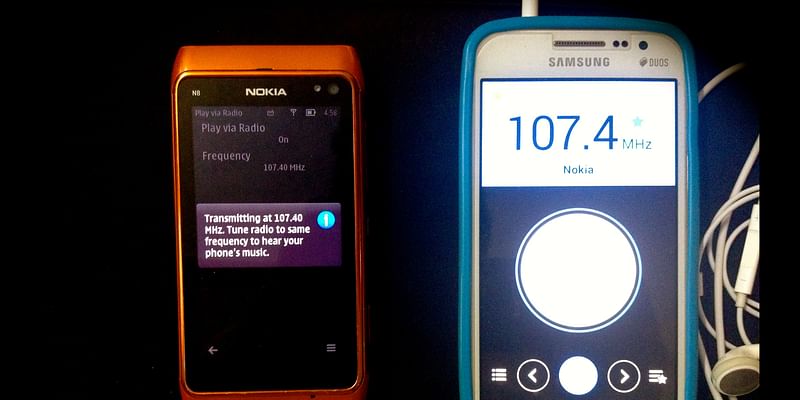 Proof of Concept for the Use Case

As you can notice both the smartphones(illustrated above) have no carrier support and runs on battery mode. That said, the 107.4MHz is a test band which was available to transmit my emergency message. Please note that in India, FM Radio allocation is between 88MHz to 108MHz and in this bandwidth a few are allocated to All India Radio and private FM stations. I chose 107.4MHz as it was available in that locality/region to transmit and receive my SOS. As a result a local peer to peer communication gets established.

I record my SOS/distress message using the built-in voice recorder on the transmitting phone(left) and play via Radio on the set transmit frequency. The receiving phone(right) is tuned to that frequency with the 3.5mm ear phone jack used as the receiver antenna. Please note that this proof of concept uses only the necessary built-in features found in these Samaritanphones (as I like to call them from now on) with absolutely no cost burden passed on to the user. This I say is smart, what y'all think?

If you liked the concept, please lend in your support by signing this 2016 petition to Save the Radio on your Smartphone - India