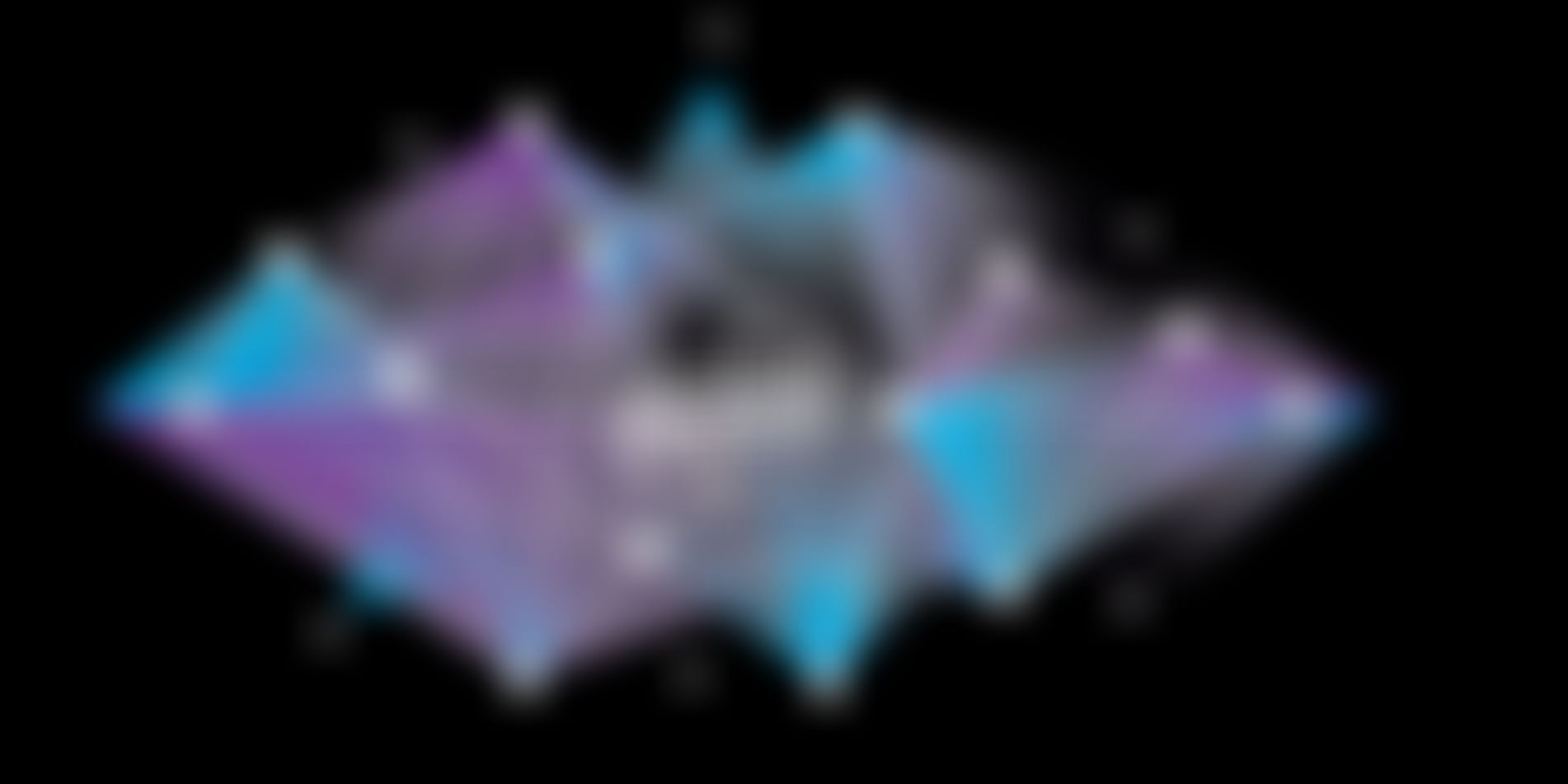 P2PIoT will transform India faster than most can Imagine.

People tell me that the Internet of Things (IoT) will take years to arrive in India. The truth is that it is already here. The IoT lies dormant ready to be unleashed. Billions of devices exist right now waiting to be enabled. This new wave of ubiquitous connectivity and intelligence is going to change everything. 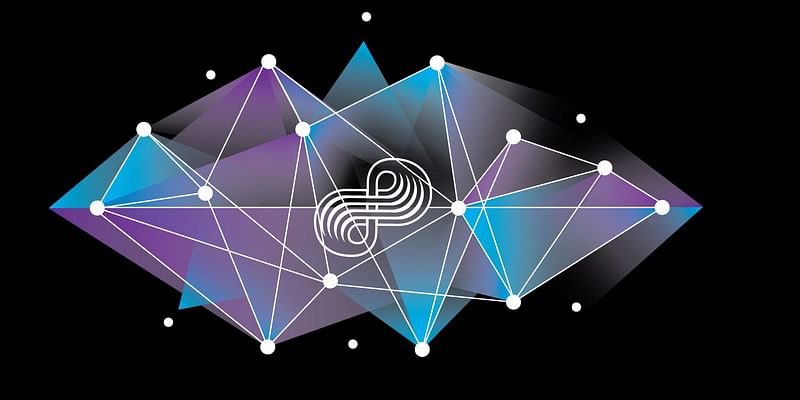 New ways to connect to the Internet like 3G/4G, LTE-M, and P2PIoT are bringing connectivity to the smallest of devices. IoT devices consist of Things like logistics trackers, environmental sensors, and wearables. These devices are giving us unique insights on the world around us.

Connectivity is quickly becoming the trillion dollar finish line, as companies race to bring connectivity to the billions of new IoT devices. LTE-M is an upcoming protocol (similar to LORA and SIGFOX), that provides internet to low power devices, generally over long distance. These all still require an expensive SIM, a fancy radio, and are still relatively uncommon.

A new type of connectivity service is emerging, called P2PIoT, which leverages billions of smartphones in the wild to crowdsource IoT connectivity. If one can activate Bluetooth on enough phones, a massive low power IoT network is created anywhere on Earth that there are humans.

“For almost 20 years, the only way the internet knew how to make money was advertising... We’re envisioning a new way" -Micha Benoliel

These same advancements in microchip technology means that IoT devices today are so energy efficient that they can harvest energy from thin air. Solar Panels (PV) and Ambient Backscatter technology (similar to wireless charging, but using ambient radio waves) enable tiny devices to be deployed and never run out of juice. 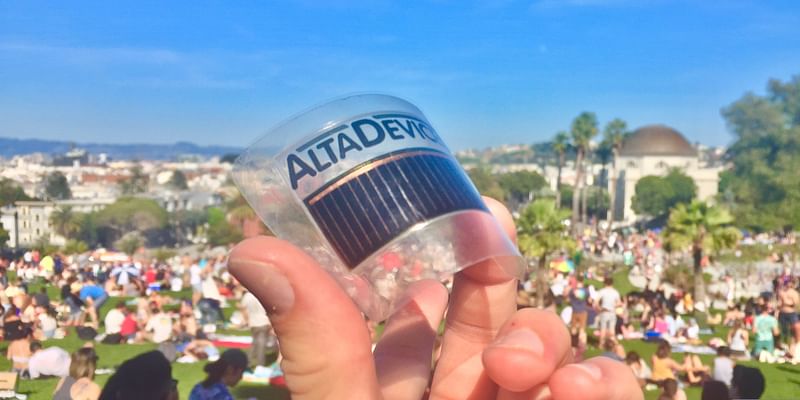 Low cost computing, paired with even lower power connectivity means that disposable devices all around us will be connected to the internet. Some are calling this next step “Ambient Computing”. Famed tech reporter Walt Mossberg wrote his last weekly column on this topic, which is definitely worth a read.

“As computing fragments into the world around us, and everything is connected, new kinds of software will tie everything together.” -Akshay Kingar, AppsFly

Ambient computing will arise sooner than most expect, but can only be made possible through P2PIoT. Every other connectivity service requires too much power, or cannot move enough data. In the next decade, GB/s data links will be woven into devices all around us. Connectivity will become virtually free. With disposable devices connected to the cloud, the intelligence of a supercomputer will reach even the cheapest of electronics. Things we did not think of as “connected” will soon be online, and hyper intelligent.

Mossberg makes the point that this will inherently create tremendous privacy risks, and he’s right. Software makers today are incentivized by advertising to sell their user data, thus paying for their services. Today we are seeing revolutions sparked with this data and borders being re-written through lines of code. Elections are won and lost through hacking and social media campaigns. It is an incredible time to be alive.

“We’re seeing Peer to peer software at the center of protests and revolutions, enabling people to bypass the limits set by oppressive regimes,” Micha Benoliel tells us, who was the creator of FireChat. FireChat was used during the 2014 democracy protests in Hong Kong. A new P2P mesh network was created from hundreds of thousands of smartphones, enabling free communications outside of the traditional Internet. It also inspired season 4 of “Silicon Valley”. An executive at Cisco wrote an interesting piece on the topic. 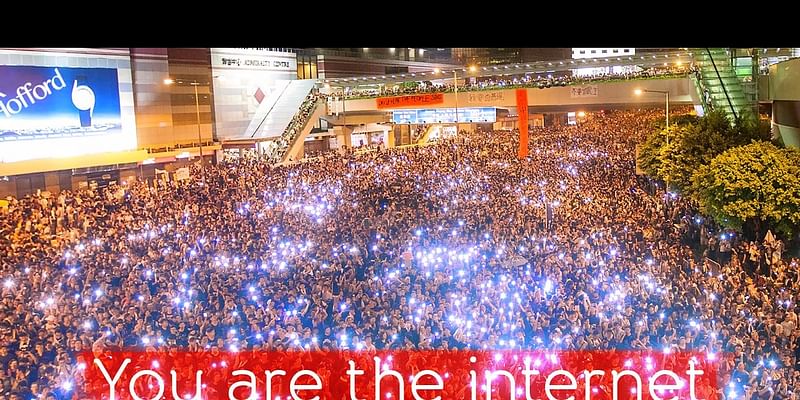 100s of thousands use FireChat during the Hong Kong Democratic Protests. It was the first mesh network of it's kind. (FireChat)

Benoliel laughs over our VoIP when I mention Silicon Valley, which holds a cult following in San Francisco, “Peer to peer technologies pose a way to free us from the mistakes of the past, along with the advertising models of the future.”

There is a new hope. Services like P2PIoT are providing complementary ways for manufacturers and app developers to monetize their infrastructure. Instead of selling user data for advertising (which is how much of the internet today is paid for), developers can sell connectivity through bluetooth, using their own apps themselves.

Benoliel is working on a new P2PIoT connectivity solution that will be announced during the prestigious RISE conference in Hong Kong in July. “For almost 20 years, the only way the internet knew how to make money was advertising. This is to the deficit of privacy for billions of humans. We’re envisioning a new way that let’s device and app makers generate revenues from built-in smartphone connectivity, all using Bluetooth and Wi-Fi. One app, or one carrier with enough penetration can crowdsource a global IoT network. We’ve built the software that makes this a reality.”

It sounds a bit crazy, but carriers are taking notice and signing up. IoT makers have already signed up to connect their devices using Benoliel’s new P2PIoT network. “India is an exciting market where so many disruptions are happening in the wireless space,” Benoliel tells us, “A great example of this is Reliance Jio. The market is evolving faster than any other place on Earth!” 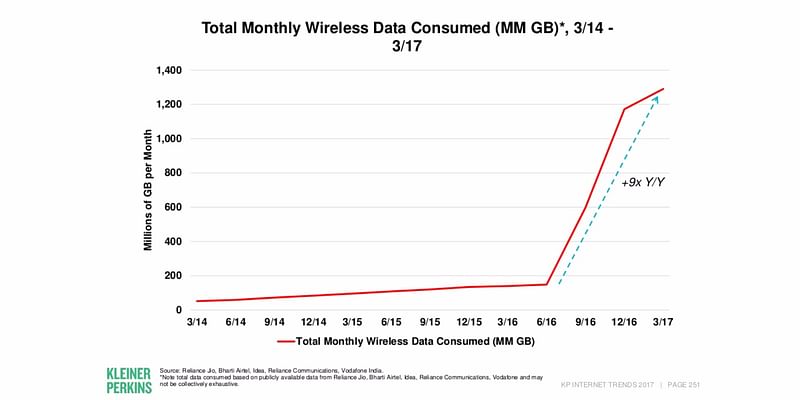 Kleiner Perkins Data showing Internet usage in India after Jio. This is unprecedented growth for anywhere on earth.

India just might be ahead of much of the world when it comes to how the low power interent will impact humanity. A great deal of hardware and software will be made right here in India. “China will also be incredibly interesting,” Benoliel adds.

Even more interestingly, the software that runs across these billions of IoT devices will provide intense opportunity. “As computing fragments into the world around us, and everything is connected, new kinds of software will tie everything together.” Akshay Kingar tells us, the CEO of Appsfly in Bangalore. His startup is building tools for companies to embed their experiences into other apps, thus expanding those experiences into the world around us.

“Today we let companies build MicoroApps that can run natively within another app. What we envision in the future is that software can be truly modular, with bits and pieces of an app running within every IoT device.” What will be created is invisible interfaces that connect our real world with apps and services.

The experience that the low power IoT will create will be radically new, and give us insights on how we humans act as a species. Cheap connectivity will leap from cars and people, driving a network of “things” that will be embedded into cities, and environments all around us.

This shift in computing and connectivity will happen faster than expected, and just might happen in India first. What’s next... is not quite well defined. We are on the dawn of radically cheap connectivity, and disposable, ultra-powerful computing.

The future is for the innovators to decide! 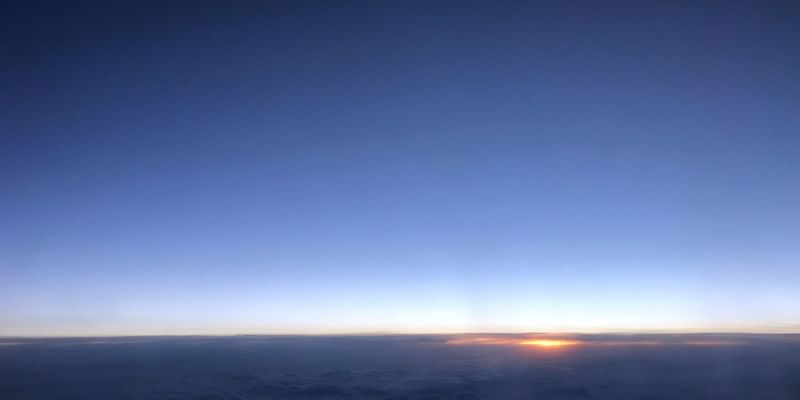 Dawn rising over the pacific ocean. A hop between the two startup hubs pf the world: Bangalore and San Francisco

But for now, this is Garrett Kinsman, Writing for YourStory in Philz Coffee, San Francisco, and reporting from Koramangala, Bangalore, Earth.