Why people leave their jobs? 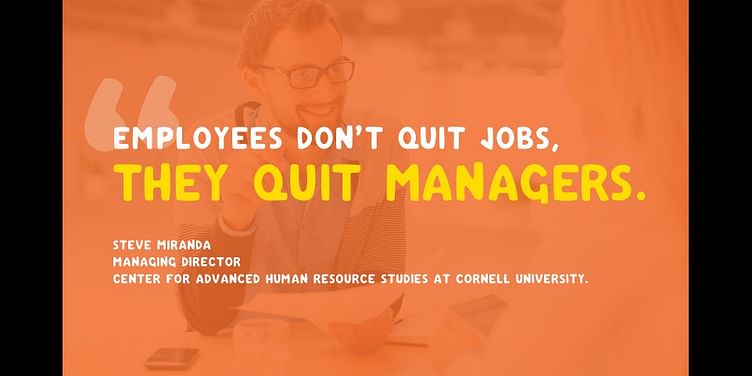 Why do people leave their job? 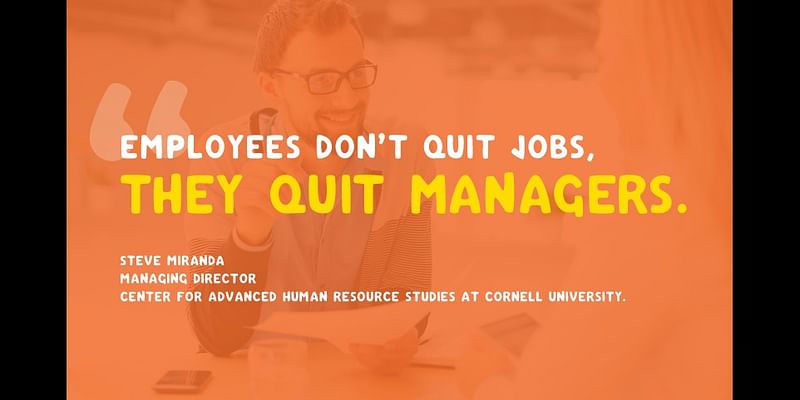 The simplest way of understanding attrition is employees find something else what they would rather be doing. There are usually two things that drive the whether or not people leave the job. One is the attractiveness of opportunities available outside. That’s why attrition is highly cyclical in nature. When an economy is in good shape and more jobs opportunities are available outside, attrition rate will be high. This is also going to affect who leaves. Jobs which are high in demand, where it’s easier for a people to move to the industries which are growing fast and have a lot of job opportunities see higher attrition rate. Second things for leaving the job are they just planned to move on to next thing. Here, the attractiveness of that thing drives it. So less happy you are in your current job more likely you willing to move. 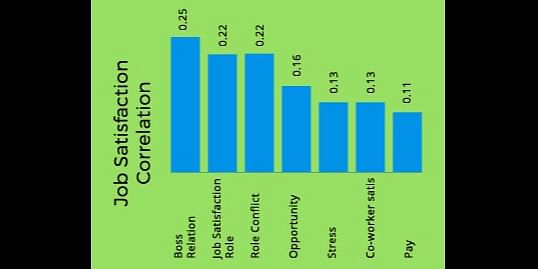 So, the question does only better opportunity makes people leave their job?

To study this hypothesis researchers have conducted surveys to find out why people leave their job. From the study, it was evident that most common reason for leaving the job was the quality relationship with their supervisor. Quality relationship with the supervisors showed the highest correlation among the different factors analyzed for understanding the attrition. People leave their job when they dislike their supervisor. The study has shown one contracting opinion that pays is not the highly correlated with the turnover. It was a belief that people take and stay in a job because of money, but it has surprisingly weak effect in a decision of leaving the job. It is indeed that when people think they are not rewarded enough and when it’s unfair, it acts as a huge trigger of attrition, but it is not the main reason for attrition.

The other side of this study suggests that none of the factors responsible for leaving a job is significant high, Okay, correlation of 0.25 for not satisfied with the manager is of reasonable size but that also suggests that most people are satisfied with their managers. So, it’s not going to give you a complete picture of leaving the organization. The study suggests that on an average if we don’t like our managers, the chances of leaving the organization is high, but there are a lot of people who hate their boss and still going o stay. Also, there are a lot of people who like their manager but still they are going to leave. So, how many employees like the job affects the turnover but it is not the only reason. So, the other way of looking at turnover is the process employees take.

The another reason for walking out the office that you have another job which you prefer and you have compared alternative job to your current job and decided to leave. So, how you would have got here? 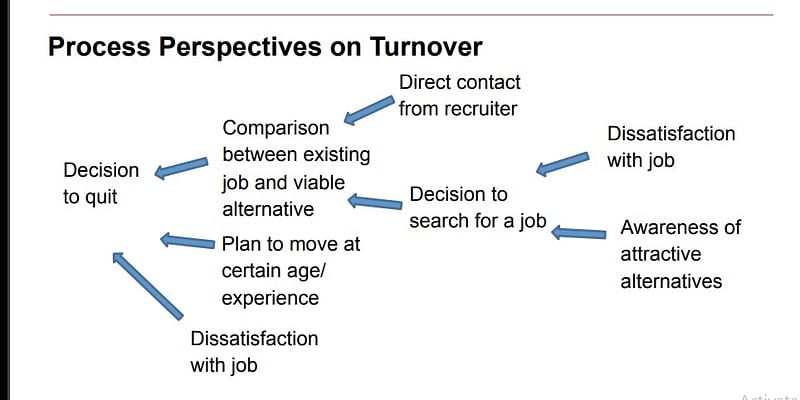 Sometimes a recruiter might have called you and offer you a job, you find it good and accept the offer. But, most of the time presumably you have actually done that because you have been searching for the job. So why did you started looking for a job? Again there maybe multiple reasons, most common reason is you don’t like your job. But, you may have heard all your friends are going to join the new firm and they are getting a better salary, so this may provoke the feeling of getting a new job.

So the decision of leaving the job can be taken in response to the different considerations. Satisfaction with your manager and satisfaction with your job may be the driver of some of your decisions for quitting the job, but sometimes other things happen in our lives makes us feel to move to the next job which has almost nothing to do with job satisfaction or relationship with a manager.