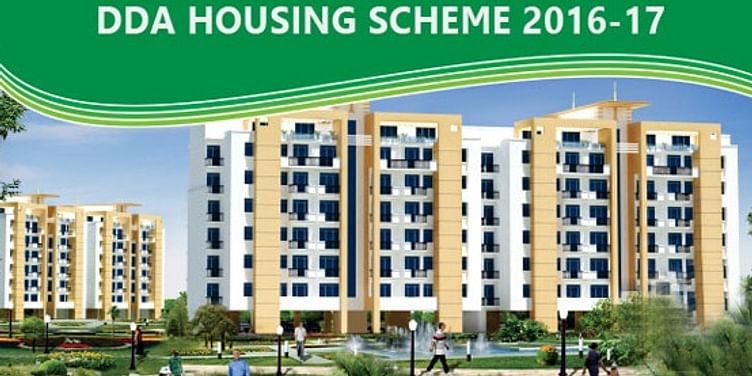 Delhi Development Authority or DDA, a body dedicated towards the development of the city has been playing a crucial role in providing houses to the people since 1967.

A like previous years, the DDA Housing Scheme 2017 have been launched. DDA Aawasiya Yojana 2017 is the edition of the housing scheme registration to which is open from June 30 to August 11. This scheme aims at providing affordable housing to general public and so has disposed approximately 12,000 flats of various groups. Out of these proposed flats, 10,000 flats are those that were either rejected or surrendered by the people to whom it was allotted under the 2014 housing scheme.

High Income Group - The total flats available under this group are 87.

Middle Income Group - DDA will allot about 404 flats to the middle income group.

Lower Income Group - The houses that will provided to low income group will have 1 bedroom. The number of flats issued under this category are 11,197.

Janta - DDA will allot 384 houses under the lowest price segment.

Eligibility for the Aawasiya Yojana Scheme

Delhi Development Authority has prescribed the eligibility norms for availing the house benefit under the scheme. The rules for applying are as follows:

Nationality - The applicant should be an Indian

The applicant should not have a house on his/ her name or on the name of the spouse or children in Delhi.

Single application is accepted per individual

The application can be filled by both the husband and wife however, the benefit will be provided to one if both of them are named in lucky draw

To get the benefit the individual must have the PAN Card, details of which should be provided in the application form

Along with the application form, an applicant has to submit certain documents. The list of the requisite documents is as follows:

The DDA Aawasiya Yojana scheme is connected to Pradhan Mantri Awas Yojana that targets to provide Housing to all in urban areas at subsidized interest rates. The Credit Linked Subsidy will be available for loan up to Rs. 6 lakhs while on the loan of amount above Rs. 6 lakhs the subsidy won’t be provided. The benefit of this subsidy can be availed by the EWS category individual booking the hose under the DDA Housing Scheme 2017.

For booking the flats under the scheme, the applicant can apply in either way - Online or Offline.

For applicants applying without using internet, the brochure and application form is made available at DDA Sale Counter at Vikas Sadan, New Delhi. The forms are also available at the designated banks, that are as follows:

The completed form is to be submitted at the mentioned banks with the registration fees. Whereas, the applicants applying online can fill the form available at the official website of DDA and the eight authorized bank.

Those wanting to avail the DDA flats scheme registration fee is to be paid. The fee depends on the category of applicant and ranges from Rs 1 lakh to 2 lakh. The last date of submitting the application form is 11 August 2017. If you want to possess the house then apply soon as the forms have already been released.