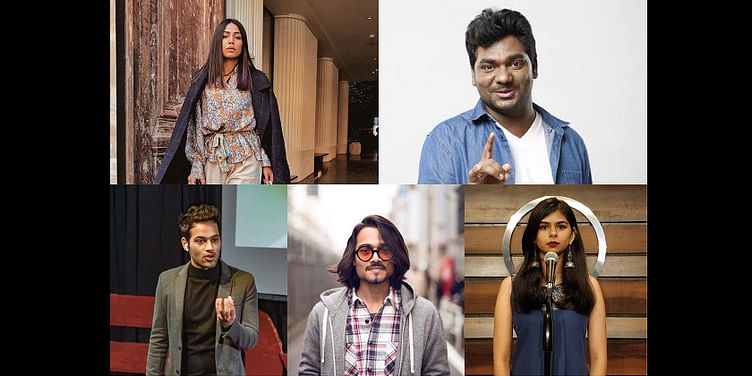 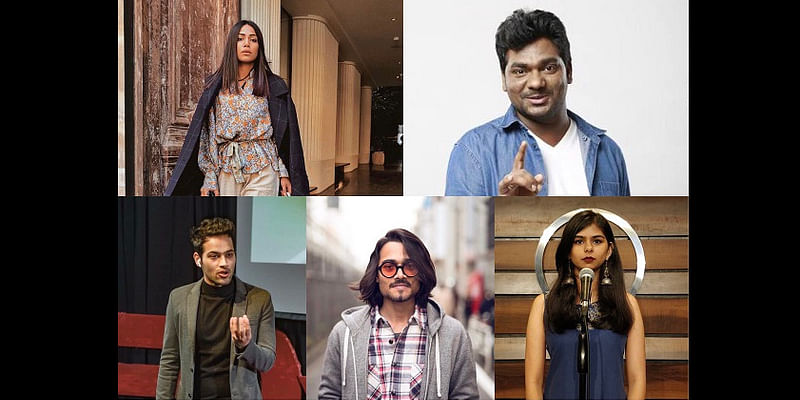 India is a highly populated country with many hidden talents which may or may not get the opportunity to grow. In these hard and difficult circumstances, there are many who are willing to take the extra effort to provide a better image of India around the globe. Visionaries, fashionistas, poets, influential speakers and more who are gaining a lot of exposure because of various global events and summits.

Today, we will talk about 5 such achievers who literally had nothing. They created and built themselves to achieve success. Have you ever had a wakeup call? I’m not talking about your cell phone ringing but a higher calling which didn't let you sleep at night.

The people I am going to talk about are not just doing something for their own but they are also helping others lead better lives. It is hard to find a good person that can help you these days but they are still there. You just need to look around and you can find youngsters like these to find it. They are doing what they are passionate about while changing the world around them one small step at a time.

A 24-year-old woman being a fashion icon in India is worthy of praise. The criticism that you receive as a woman and people treat you in a harsh way make judgments. Santoshi Shetty had to thrive through all the criticism and emerged as a fashion icon for the country. She is the founder of the blog TheStyleEdge which has made her a popular media star and she has more than half million followers on Instagram.

Gaining such popularity in the field of fashion in India at such a young age is dream come true for any woman. He majored in architecture and the ideas of architectural principle have evolved in the fashion we see today. She is a famous lifestyle and fashion blogger. She was named Blogger of the year by Cosmopolitan and Elle in 2016 and in 2017, she won Palladium Spotlight’s Fashion blogger of the year.

Another interesting person is Zakir Khan, who is a stand-up comedian. He rose to fame by winning in the best comedy show in India, Comedy Central in 2012. Even though he is famous now, he holds a diploma in Sitar and is a college drop. Those difficult days have taught him lessons of life. He spreads happiness sharing those moments in a funny way. His shows always involve messages to the youth, you should be attentive enough to understand that message. He is also a ghostwriter and produced few radio shows.

You need to burn like a sun before you shine and that is exactly the case with Zakir. It is those early years of criticism due to being a college dropout that has led him to be what he is today. He co-hosted a show called On Air with AIB in 2015 along with Tanmay Bhat and Gursimran Khamba. He also co-hosted The 5th Annual Kela Awards with famous comedians like Papa CJ and Vir Das.

That useless kid, Raj Shamani had this nickname his entire childhood since he was weak in academics. A motivational speaker at the age of 21 and interacts with people and supports them in doing what they love.

Raj has visited and spoken in more than 18 countries influencing people with his slogan ‘It is possible’. He wanted to bring out the best in every student he speaks to and he does his job in perfection. All his speeches are related to how a person can leverage their own brand in the digital world to create new opportunities.

Due to a rough childhood, that name "useless kid" got stuck to Raj. He later created a goal for himself, a mission to empower students. No kid is useless, everyone has their purpose here but, it is lost to them or they are yet to find it. He is also creating a big platform ‘Voices’ which provides students with the information about how and where to begin. Knowing the secret to success while doing something they are passionate about is what Raj Shamani desires.

He has had two sessions with Ted, first was in Alma mater in India, and the other was in the world’s best college for entrepreneurship in Boston, USA.

Voice with raj is free, yes free service provided by this excellent speaker. A useless and not so bright kid is now ruling the stages on many global events like representing India in the United Nations summit, which is just one of his many achievements.

Youtube is an excellent platform to showcase yourself and Bhuvan Bam did exactly that. A youtube star Bhuvan Bam is from Delhi, India. He started his youtube career with his channel BB Ki Vines which depicts various comical scenarios of life. He has worked in Happy Fi’s Bro Court & The Bachelors of The Viral Fever. He is a singer too, Teri Meri Kahaani was released via The Viral Fever platform while his next song Sang Hoon Tere was released earlier in January this year. He had been a speaker in the 2016 TEDxIIT Delhi and TEDxJUIT. He has inspired many souls. With more than 7 million subscribers, Bam has a huge platform set up to showcase his talent as a YouTuber.

When was the last time we heard of a poet in this generation? Aranya Johar is a beautiful poet who mainly writes on women and gender discrimination. A Mumbai based girl who went viral after her performance is truly a remarkable story. Her latest performance titled A Brown Girl’s guide to Gender is a huge hit. She is just 18 and is impressing the world with her way of writing and speaking. Her first debut with her mother and her brother in Ibar Bandra, Mumbai, Aranya was just 13 years old. She had to sneak in to obtain her stage and convince the organizers that she was not here to drink but to perform. She’s passionate about women empowerment and she creates awareness through her poetry.

The young mind is untainted, these 5 influencers from India have started their journey to make a difference and some of them are already doing it. We need to encourage such people from the younger generation to come forward.