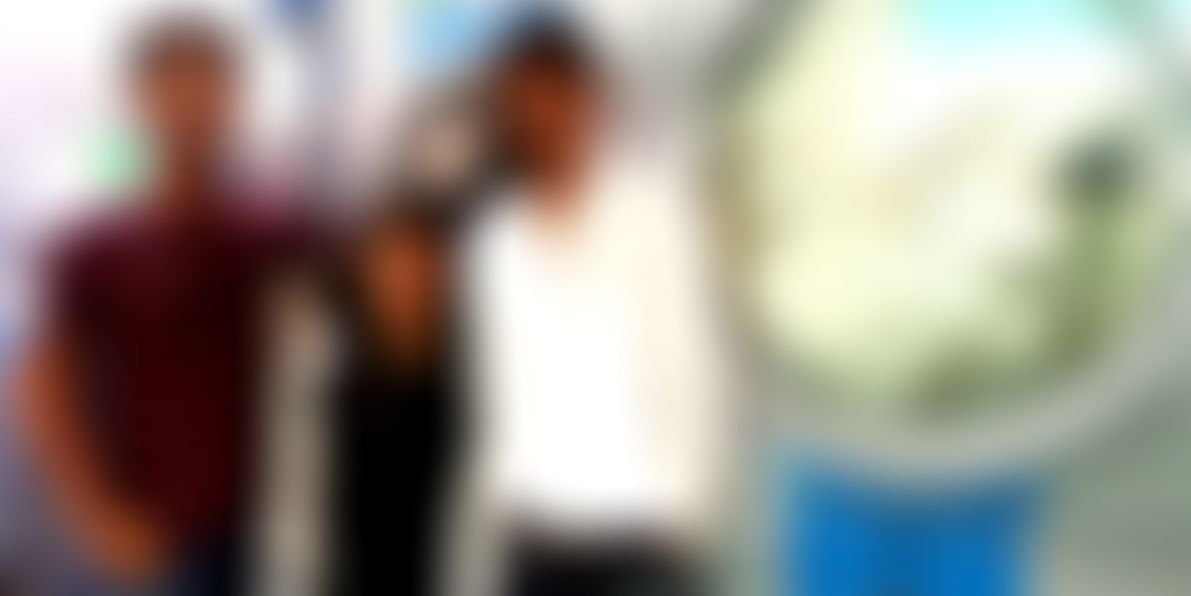 The Laundry Bag is a new startup that is redefining the way laundry has been done till now.

These three youngsters changed the pattern of Laundry Services through their drastic idea. The team behind this startup is of three people Nalin Agarwal, Honey Jain, Shourya Jain. All the three of them have been friends since college (Symbiosis Pune) 2006 onwards. After completing college all the three went into different fields. Nalin went on to do Masters in Film Making (Symbiosis Institute of Media & Communication), Honey went on to do her MBA and Shourya joined his father’s business. After a few years of courtship Honey & Shourya got married and settled in Raipur and Nalin started off with his struggle in Mumbai to get a job in the film industry. That is when the idea struck to him of starting The Laundry Bag!! 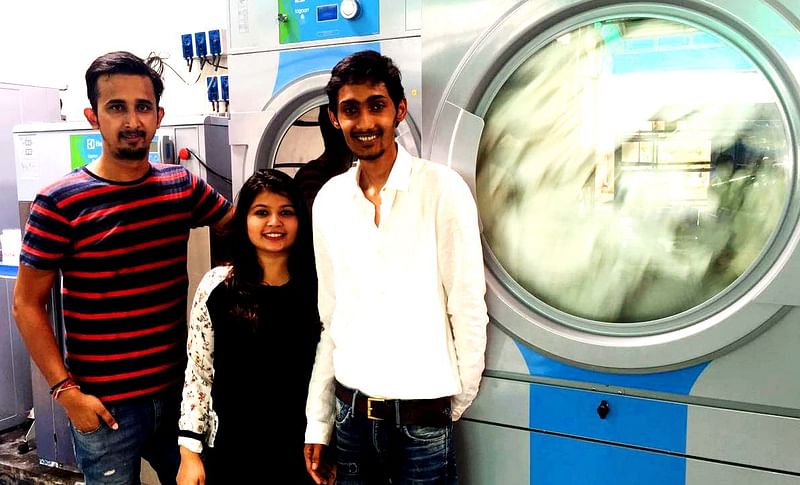 Co-Founders of The Laundry Bag

The funny side or the idea behind this startup story is when Nalin was struggling in Mumbai. He was watching The Big Bang Theory, where in a particular scene Sheldon is explaining Penny about how to use a Laundromat machine in their building basement. That was the EUREKA moment for him!! The first thing that came to his mind was that “this could work in his college”. That marked the start of the endless research for the project.The story gets filmy. After completing the research he travelled to Raipur for Shourya & Honey’s wedding, where he discussed the idea with Shourya and that is where the seed got its roots and then they started with their venture’s first Laundromat on 3rd June, 2014. When it comes to founders, they play according to their strengths & weaknesses. All three of them have certain pros & cons and they have specialized knowledge in their field, they work accordingly. Although for the founders, there is no fixed job description and no limited scope of work. They have to take care of each other at all points of time. That is the whole point of team work.

They did what everybody does and what all marketing books teach. ATL marketing, BTL marketing, Social Media marketing etc, but the point of difference that worked in their favour was experiential marketing. Laundry was never seen as ‘activity’. It was a task. A daily chore which people hate. No matter you had a washing machine, a maid for that washing machine, your family dhobi or your dry-cleaner, the entire process was tedious. They changed the rules by making the experience easy, fast and on-demand. The early customers found it really convenient to get laundry & dry-cleaning done and that worked in our favour. The first experience of their service did the trick. From there word of mouth publicity got them tremendous response. Besides everything, customers found their concept very unique and top of that no mixing of garments while processing and ‘Per KG’ pricing (defying the traditional ‘Per Piece’) model attracted the customers. The satisfaction of hygienic cleaning and easy to remember pricing also worked wonders.

People think that pain or the tough job is getting the investor, maybe yes. In that case Nalin was lucky to find an investor, it’s his own friend Shourya who did the initial investment in the business, but it wasn’t easy for Nalin to convince him. CONVINCING, Nalin feel is the tough part or the painful process. What Nalin feel tough is, convincing the investor, convincing the friends, convincing family and above all convincing yourself to take that leap of faith. Laundry is a challenging business with a lot of uncertainties. Everyday there is a new fabric, with a new stain, with a new way to clean it. Initially it was difficult to organize the process as they had to take care of each and everything. When they started, all 3 of them did everything. They went for pick-ups, washed clothes and delivered them back as well. So that was the only paining thing but they enjoyed it and as a matter of fact they learnt a lot about the operations from it.

The time when The Laundry Bag started there were not much players in this industry. It wasn’t called an industry, it was known as an unorganized sector. People found their concept very unique; convenience on-demand, pricing and quality gave them an edge. They started off in a very different operational model, experimented with different styles of working before entering the ‘on-demand’ space. Now the team had launched their app for the convince of people. They have gone full hi-tech in their approach not only in the front end but also with attention to minutest of details in their back-end technology, which helps them in managing the entire operations & logistics.

Nalin Agarwal told that from the very beginning he knew that he cannot work for somebody entire life. He wants something of his own no matter what it is. ‘Startup’ was not such a glamorous word at the time they thought about it. There are only three questions in their mind when they conceived The Laundry Bag. Does it solve a problem? Is it scalable? Is it profitable? The answer to all three was YES.

Like any startup their future goals are to expand verticals in various other cities either in franchise model or self run units. Self run units will require funding. But they are looking for far more than just an ‘investment’. They are looking for a ‘collaboration’ which helps them in converting this unorganized sector into an organized industry. 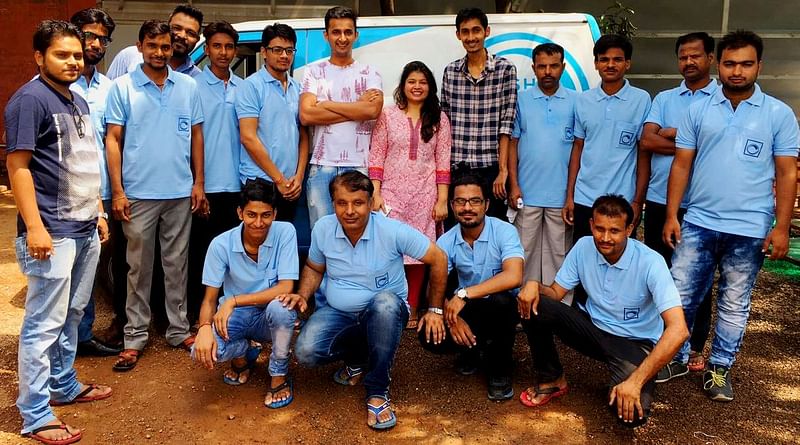 The team behind The Laundry Bag.