Top 3 mobile apps that stand out! 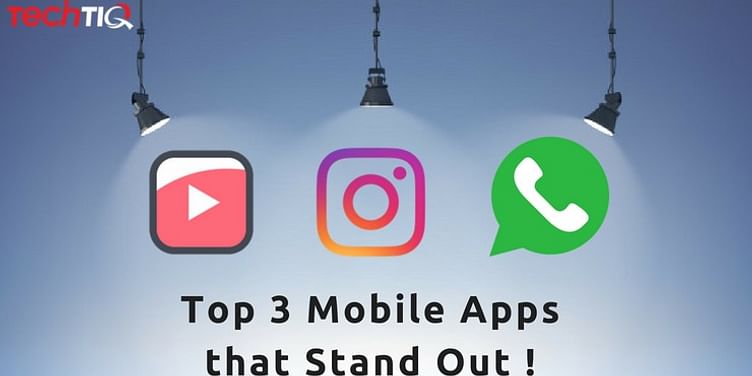 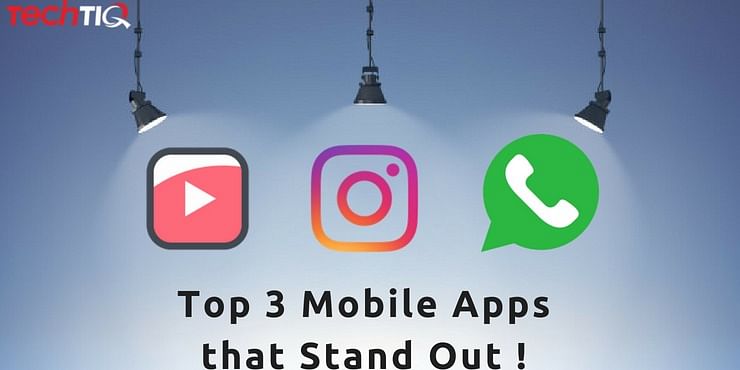 And the largest video-based social media platform. It has its desktop website, mobile website and a mobile app. The fact that it video-based, makes it more suitable for study purpose and educational purpose. The powerhouse of variety for everything, it has gained a lot of popularity within a span of last 10 years!

It was founded by three colleagues and also ex-employees of Paypal on February 14, 2005. It was later taken over by Google in Nov’06 for 1.65 billion US Dollars.

YouTube has over 1.2 billion visitors per month. It also happens to be a search engine which many people are not aware of. And it is only second to Google in terms of popularity and usage as a search engine.

WhatsApp is a gigantic social networking and messaging application without any doubt!

However, there is a huge debate whether it be included in the list of social networks or not, as it doesn’t have some features for it to be labeled as a social network.

Nonetheless, one should not forget the WhatsApp’s feature called ‘Group’ which resonates with the concept of multicasting used by social networks. WhatsApp hit the 1.6 billion active user landmark in the July 2018, more than any other messaging app. This figure is more than that of many other so-called social networking platforms.

WhatsApp beats Facebook’s messenger for its lucrative UX. One feels celebrated on WhatsApp which is the reason why it got popular among all age groups within no time.

Some cool facts about WhatsApp are:

• Blue ticks: This tells you about the person being really interested in you or not. As those who care shall reply quickly most often than not. It is sort of a social indicator of your relationship with different people. Yeah, this is hilarious but truly crazy!

• Privacy maintained: Only People who have your contact number can come in contact with you on WhatsApp. So this basically gives a lot of security to those who don’t want to get irritated by the strangers.

• Multicasting: You form groups here with much ease as compared to a few other social networking platforms. The stuff that you send is within the peripheral of this group and doesn’t violate the privacy.

• Security: Whatsapp has better security than many other social platforms, for the fact that it requires your mobile number for having an account.

• No fake accounts to make you piss off!

• The sale of good camera phones went high after the arrival of Instagram. It sort of developed a craze among people about photography. People started to have an urge for looking good in order to be able to put some good looking photos or rather selfies on Insta. The fashion to put on some good clothes and visit some cool places to have a great background became an important

• It is a motivating platform for the photographers. Photographers got a new source of income. The art got a revival they say after the invent of the Instagram.

Strange fact: You must be wondering that why we have not included Twitter and Facebook apps in this list. For us, the parameters for determining the top 3 were utility and uniqueness. Whatsapp, Youtube, and Instagram bring a lot to the table and have benefited many through their features. This makes them stand out. Nevertheless, this doesn’t undermine or underestimate the success, importance, and popularity of those which are left out.