A Great Source of Motivation: 7 App Success Stories You Definitely Need to Know

However, increasing mobile app development doesn't concern with the popularity of each. The increase in mobile app development only affects the competition but the best applications find their way to the target users easily with following appropriate marketing strategies and with its unique feature-offering characteristics. Here are some of these motivational app stories that can inspire you to own your mobile app functioning to fulfill business requirements.

According to research, there are around 1 billion Instagram users worldwide among which more than 500 million users are daily active on Instagram. Apart from being a social media application, Instagram has got many plus points that add up to its account and make it one of the most popular social media platforms.

The founders of Instagram are Kevin Systrom and Mike Krieger, who tasted the sweet fruit of success with receiving a boost in app downloads worldwide. Instagram is all about sharing the personal photos and with using its excellently crafted filters, the users found their answers and the app scored more than 100k users in just a week of its release. And two years later, Instagram was bought by Facebook with paying up $1 Billion.

Which started as a college project, Evan Spiegel, Reggie Brown and Bobby Murphy decided to take their project "Pickaboo" further which later raised huge fundings in multiple rounds and wore the title "Snapchat". Snapchat creators aimed at serving the young generation who uses smartphones the most. According to Statista, 10.5% of all mobile users belong to the age group of 18-34 years and this percentage is the highest. Therefore, targeting the right set of audiences, Snapchat is focused on providing more secure, faster and intuitive services to its users and it surely is one of the success-driving factors of it.

Holding the title for starting the on-demand services market, Uber is one of the most popular startups that has now turned into a giant business spread across multiple countries worldwide. Offering transportation services on taps, many entrepreneurs have taken inspiration from the startup of Travis Kalanick and Garrett Camp, who developed this idea and aim to create an app like uber to serve their customers better with the on-demand technology present for their support.

Uber has now grown over multiple services and has introduced its other popular services for food delivery (UberEats), UberBoat and UberChopper. The investment of this company in future trends of the technology is more which assures that Uber is here to stay and slay the market with its excellent services offered with expert support.

Mobile app success does not only occur in the social media and general services domain. Prisma has proved that even a simple photo editing application can give tough competition when it comes to scoring more app downloads in a lesser amount of time. Prisma introduced artistic touch to traditional photo editing and provided users with filters that provide their pictures an artistic touch and provided excellent images of high quality which exactly looked as if a popular artist has sketched it by hands. The app scored 120 million users at the end of 2016 and was launched in the same year.

How can we not include WhatsApp in this list? WhatsApp scores 1.5 billion users worldwide over 180 countries. Holding the record of gaining popularity faster than ever, WhatsApp provides a messaging facility to users which even lets the users read receipts of whether their messages have been read from the other end or not. WhatsApp has been founded by Brian Acton and Jan Koum, previous Yahoo co-workers and it earned $19 billion when Facebook took it over. Being one of the ideal mobile app startups, WhatsApp truly holds its own significance in the app market for startups and entrepreneurs as it represents the true power of technology mixed with an innovative concept.

Providing encryption-based security to emails being sent by users, Virtru has earned its place in the tech market with more than 5000 organizations trusting it for securing their business data sent through emails and attachments. The founders, Will and John Ackerly started Virtru in 2012 and now it is running successfully and being used by businesses globally and this has uplifted its earned revenue which earned both the founders a place in the Fortune 2015 list of "40 under 40".

Virtru protects the data and attachment sent over the email and the original sender can pause the process even if it has been delivered and read from another end. Therefore, assuring businesses their secrets are safe, Virtru has become one of the popular and go-to options for businesses aiming to protect and secure their data.

Another messaging app, Slack was founded in 2014 which now possesses 5 million active users who use this app to share messages in a group. It creates connects each individual through channels that even helps the project team to keep each other updated through it. Slack is a true example of success as it was launched in market full of competitors which are tech giants and still it managed to find its own place in the market.

These mobile applications have introduced a modern concept by adding a few more useful functionalities to the existing concepts. In order to ensure your application also gets included in lists such as this, you must brainstorm the app idea and decide on creating an app that improves the existing services being provided. The only key to becoming successful in the mobile app world is satisfying your user's demands and by doing so, you can earn more downloads and revenue through your developed application.

Manoj Rupareliya is the Online Marketing Expert and Blogger. He is an experienced writer with expertise in the field of technology, blockchain, crypto, AI, Digital Marketing and SEO. All the blogs he writes are aimed at providing credible help and insights for readers who want to stay updated all the time. 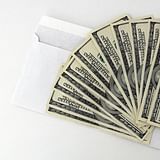 How to Get a Loan for a Startup?