The History of Internet in Canada 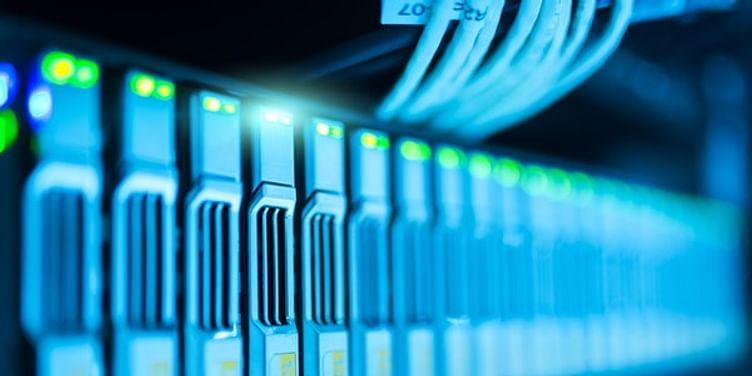 29 years ago, precisely on Aug. 6 1991, the World Wide Web (WWW) or internet was established after many years of research. It was created by the internationally renowned Tim Berners-Lee at CERN, the European Organization for Nuclear Research. Today, the Internet has become an integral part of our lives. In fact, when it comes to Internet usage, Canada ranks 21st globally, with 31.77 million users as of July 2016 that equals about 89.8% of the population.

According to the Canadian Internet Registration Authority (CIRA), early 2013 saw an unparalleled rise in internet users in Canada. The report noted that Canadians spend an average of 45 hours every month watching online videos. But where did it all start in Canada?

The history of internet in Canada

The first sign of internet in Canada dates back to the 1980s when universities created NetNorth, a network that allowed mainframe computers to communicate and transfer data at relatively slow speeds. NetNorth is equivalent to the American counterpart called BitNet.

In 1989, the group that managed NetNorth decided to lay the groundwork for the modern-day Internet, by moving to the prevailing Transmission Control Protocol/Internet Protocol (TCP/IP) standard—a non-proprietary internet language of record developed in the United States by the Advanced Research Projects Agency (ARPA).

The migration to the TCP/IP network standard gained the support of the Canadian’s National Research Council in 1986, which agreed to sponsor the new national network and to form a planning committee which issued RFP soliciting proposals to create this protocol, the cornerstone of the Internet.

The University of Toronto won this competition, with the support of IBM Canada as well as Insinc (Integrated Network Services), a data services company. This new network founded in 1990 was dubbed CA*net or CAnet. Three years later, it was rebranded as CANARIE (Canadian Network for the Advancement of Research, Industry, and Education). This decision was reached after several meetings were held by a group led by Industry Canada and private sector representatives along with CAnet and members of the research community.

At first, the data transfer rate of this provincial network was at 56 Kbps (kilobits per second). At the moment, the CANARIE national network runs at 100 Gbps (gigabits per second), which is 2 million times faster.

Back in the days, CA*net was primarily used for file CAnet map transfer and email. However, everything changed in 1991 after the emergence of the World Wide Web and Netscape. The fast development of these technologies led to CA*net traffic doubling every 6 months or so, which in turn presented a major problem to network managers.

The mission CANARIE, which has not changed, is to stir competitiveness in all sectors of Canada's economy, from wealth and job creation to the quality of life of Canadians through the development and evolution of advanced digital technologies. One of CANARIE's goals, after it was launched in 1993, was to provide the much-needed support in the operation of CAnet, as well as upgrade it to 1.5 megabits per second.

Shortly after, the excitement instilled in people by the performance of CA*net and its sister networks in the regions resulted in an increased demand for network services that a group of busy academic volunteers were unable to meet. Nevertheless, CAnet acknowledged in 1997 that commercial networks are capable of satisfying the needs of its members for commodity internet services.

However, CANARIE took up other objectives of its mission, which still operates an ultra-efficient network bandwidth linking Canada’s research and education institutions.

A lot has happened in the past 27 years since the launch of CAnet by a group of dedicated academics.

Today, a majority of those pioneers are still driving Canada’s National Research and Education Network, as they continue to advance the foundational digital technologies, the pillars of Canada’s growing digital economy.

While Canadian internet continues to grow, Acanac gives you unlimited internet service with the flexibility to download and surf the web extensively.