Why India yearns for blockchain? 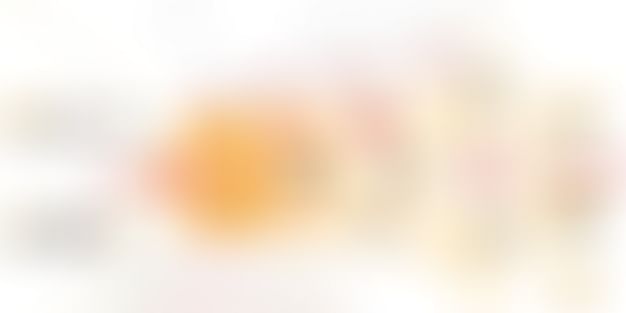 India, that accounts for almost 18 percent of the world's population is sure a center of attention for numerous reasons.  We are going to discuss why it needs blockchain to be more prosperous and develop faster.

India is an incredible nation having a population of more than a billion people who recently withstood demonetization. With the advancement of science and tech in India reaching blinding heights, we simply cannot overlook the part blockchain will play in the further development of this nation.

Has blockchain really caught on in India?

This is akin to questioning the popularity of Instagram in India. The recent trends and the ever-increasing popularity of blockchain suggest that it is one to look out for. More and more organizations are looking to invest in this new technology, which is being tagged as the next big thing after the internet. Many Indians have already started investing in Bitcoin. The bitcoin boom has caught the attention of many tech-savvy giants of the nation. People are purchasing bitcoin from Indian exchanges and are converting them to other cryptocurrencies from international exchanges. The crypto explosion has made every Indian dream of getting rich in minutes, yet again!

What exactly is the blockchain?

The blockchain technology is nothing else but a shared ledger or database where the data once stored can neither be deleted nor be tampered with. There is no possibility of failure, as the data is stored on various nodes over the blockchain network which means there is no single authority having complete control over it. So long, governments.

Virtual currencies are different in their own way as they offer their own unit of account and payment systems. This encourages the users to utilize peer to peer transactions without the involvement of any third party or any financial institutions, such as a bank.

The potential for expansion and scaling.

What Blockchain brings to the table?

Blockchain gives you near real-time settlements, with recorded transactions which help in reducing the risks. What this means is that there is no delay in submission of a transaction and its effect appearing on the network.

One major advantage of the blockchain technology is that it is dependent on cryptographic proof instead of trust. This means the clients or users can directly transact with each other without the need of any third party.

The blockchain holds a verifiable data record of every transaction made. This prohibits the records from being altered and also prevents double spending, fraud, abuse, and even manipulation of the transactions.

Smart Contracts are the tools to enable seamless transactions involving any sort of assets. You can also have a look at how smart contracts are bound to simplify value transfer in the era of web 3 here.

Not only this, smart contracts are even expected to revolutionize the entire legal industry. The contracts and agreements made using the smart contracts from various blockchains will prove to be instrumental in chipping away inefficiencies of many processes and institutions.

How can blockchain benefit the country?

Opening an account can be costly and challenging to many. There is travel and opportunity cost involved along with the requirement of the identification documents. By implementing blockchain in this area, individuals do not have to go to the financial institution for account opening or depositing cash. They can do so by using their cell phones and they can also deposit the money through third-party agents.

The other challenge is the high transaction cost for payments and at settlement time. Due to the inefficiency of the national payment systems, transactions may take days or even weeks to complete, not to mention the exorbitant transaction fees involved. If we need to promote digital payment methods, the transactions need to be in real time or near real time. The blockchain technology transfers value in a near instantaneous manner. Also, the transfer fees depend on the transfer value rather than a fixed percentage as in traditional payment method. There are very low rates of the transaction with no minimum amount and very fast transfers in a blockchain technology. This makes blockchain even more useful for the unbanked people across the country.

The cost to financial institutions (FI) for providing financial services

All the FIs are dependent on staff that deals with customers as well as perform the back office work. They also incur costs for using the national payment system of the country and also other bank accounts for cross-border payment. But if we opt for blockchain technology, the payments need not go through the national payment system nor are there any physical branches involved. FIs can provide most of the services digitally and hence not many client-facing staff will be required. Also, the cost involved in fund transferring is a percentage of the transfer value which makes small payments more feasible.

With the amount of diversity that exists in this nation, it is not physically possible to keep track of the true identities of each and every one in the country. What blockchain can do is, due to its distributed and safe nature, it can create digital identities for people which helps in the financial inclusion of millions of people living away from the hubbub of the cities. When even the current amount of physical data is impossible to handle, how can we expect governments to handle even more? Rescue them, blockchain!

Blockchain offers great transparency in all terms. It automatically increases the trust between the two parties. In India, around 80% of the economic works depends on interpersonal trust rather than formal contracts which make it more vulnerable to fraud. In 2017, India was ranked as the most corrupt nation in Asia with a 69% bribery rate. The loan frauds account for almost $2 billion in a year. To make things worse, the interest rates are skyrocketing, as high as 20%.

If the Indian government adopts blockchain technology, it is bound to be of great service to the country. Blockchain will prevent any tampering with the records or data by an attacker or an insider. It will also protect the digital assets and transactions of the country.

Blockchain will be a boon for a country where the property related issues account for around 66% of all the civil cases and a 0.5% GDP drag. The governance can tackle this problem to a great extent using blockchain technology.

Blockchain has great potential for effective usage in India’s healthcare sector. Implementation of blockchain will help certify the accuracy of procedures. This means that if we integrate cryptocurrency in the current health care system we can eradicate all the malpractices to some extent along with accuracy in operational procedures of healthcare.

It will prove to be an effective support system when it comes to the loss of life due to errors and accidental mistakes in the hospital. It will embed doctor consultation, diagnostics, and medical infrastructure and research programs.

This will also reduce cost enabling better health management with innovative and regulatory practices. It will also hold the funds securely so that the patients and doctors need not worry about the money transfer from any part of the world.

ICO is basically a mechanism for raising funds whereby new projects sell their crypto tokens for bitcoins and others. Funding is crucial for startups, as more and more youngsters are now looking to do something different than their 9-5 day jobs.

Even if they have a killer idea, they would not be able to innovate without funding. How to do that effectively? Enter blockchain.

Blockchain will increase the counterparty trust along with transparency in the different levels of transactions. It will also reduce the risks of frauds. The only thing is that the ICOs need to have a deep understanding of the blockchain technology otherwise they would be on the verge of failure.

When it comes to India, entrepreneurs can easily raise funds through ICOs, as people are looking for blockchain investment avenues day in and day out. Provided that you know everything there is to know about your project and the blockchain, you can very easily attract investors to help take your project to the next level.

Not only this, there are numerous applications of blockchain when it comes to Fintech as well. Startups and enterprises alike, everyone is looking to use Blockchain in Fintech.

A country like ours has always been supporting the efforts of innovators and entrepreneurs, so ICOs should not be any different.

The blockchain is a great technology for a country like India and needs to be embraced by the people and government of the country. The government needs to analyze and figure out how to make effective use of this groundbreaking tech. Obviously, the transparency factor of the blockchain will increase the trust between the citizens and the government. Perhaps this is exactly what this country needs? An injection of trust into the system?

Because of all its aforementioned benefits, blockchain holds great potential to take India to dizzying heights and beyond.