I wish I had started up in the US or Israel …not because it has anything to do with the govt. regulations or the economy… but simply because an ecosystem exists which encourages new ideas that challenge status quo. Success or a failure of a company is because of the ability entrepreneur, quality of the team, idea and implementation.

The entire ecosystem more or less is a Darwinian environment in which the fittest survive. I have seen that the value which the angels, accelerators and VCs bring in is much more than money. Its technical, industry and compliance guidance, mentor-ship so much that whether or not your company succeeds, you graduate into a better entrepreneur.

I have seen many of my friends succeed, some of them failing many times before succeeding. But the ecosystem is such that failure never stopped them from trying again. The reason is because America and Israel invests in future. You get people who invest in radical ideas which challenge status quo.

Unfortunately in India, what we encounter is the start-up mafia, so called group of well connected lawyers, senior and experienced professionals who have held ‘top positions’ in big international firms, CAs etc being the front of accelerators, angel networks, seed fund and VCs whose only intention is to bleed the investors and the start-ups to death.

Many students and young professionals are falling into this trap wasting the prime of their productive life getting convinced they need more funding than required, paying out a substantial amount of that in retainers and payouts to consultants and mentors who refuse to take any accountability for their advice. Instead of being grilled on the idea and being offered valuable advice on the industry, organization and implementation, what starts of is a plan to make your pitch VC ready.

I was amazed when one of them, who is VC broker (he used a more technical term) suggested I radically alter the business plan, change what I intend to do with the money I would be getting, jack up revenue, cut down costs and window dress everything else so that he could make my plan investment ready. Rather than question the idea, validate it with industry people, evaluate the economic viability and calibrate the traction, all he wanted was bring down the required amount to a level which he currently handled.

To cut the story short, he expected me to shell out 7% of the total invested money once the investor money reaches the bank account. This was his success fee — Getting investor money into the account. What I did with it was none of his concern. I thought till then, success was when customers starting paying for using your product or service and you start making a profit out of this. But heck… this is a new era…

I also met up with an accelerator backed by industry veterans. The meeting was with a senior investment advisor — who claimed to have 4 years experience in technology investments. He had no clue of the industry we were in, the technological difference of our product with the existing products nor was he interested in finding out more. He kept reminding me about the investors (read industry veterans) who were backing the startup.

Ultimately it came down to this — I can get you a maximum of 25 lakhs investment for a 25% stake in the company if you agree to be a part of the accelerator. This after I told him, we had bootstrapped for 75 lakhs and were on comfortable wicket till launch. What we needed was money to invest in growth to bridge the gap between time when revenue inflow happens and when we incur operational costs.

He then said we want to be in health tech, wearable tech, retail tech, eCommerce tech, travel tech and so on.. He was looking for me-too companies to fill up his portfolio because other accelerators and VC had a similar portfolio. How diametrically opposite is that to say a Peter Thiel / Mark Andreessen approach to funding a start-up.

Later on I was looking for a lawyer to represent us in negotiations with a VC. I was introduced a CEO of a start-up mentor-ship firm who offered a bouquet of services. He talked about how they mentor start ups, hand hold them and take them to the next level. I was amazed to hear about his services. It was too good to be true. When I poked him to reveal more of the so called support system — He said he works on a retainer basis and had a galaxy of mentors who too worked on a retainer basis. They would ensure compliance and guidance and make your firm investor ready. The retainer would run into lakhs per month and the investment which he gets from his network of upto $ 2 million he would get a 5% cut and any amount less than $500 K he would get a 7% cut. If I were to bring in my own investor for funding, he would get a 3% cut. For what? To ensure I don't get conned by the evil VC. I politely promised to get back to him and have no intention of ever doing so. The sense of entitlement which this mafia has is unimaginable.

That’s why we will really struggle to grow a Google or a Facebook out of India. Everybody involved in this mafia, the whole intention of the ecosystem in India is some how to get the firm funded and then suck the funds of the firms.

The raison d’etre of a start up is to make an impact with the customers and not simply to get funded. If you idea works then investors will approach you. If focus shits to pleasing the investors then startups get taken a hostage by this mafia. So my real advice to the startup is believe in your idea first, get convinced about your own idea, bootstrap and invest your own funds. Approach your friends and family and then only if you need the funds to fund your growth approach the VC. 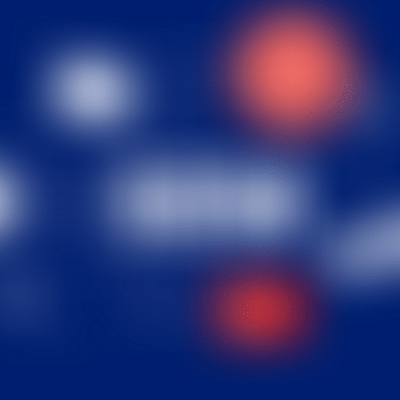 What is the Main Difference between SEO and SEM