Things must go in right directions, else there is no hope for being out of substantial loses .... this is the current snapshot of farmers in our country. 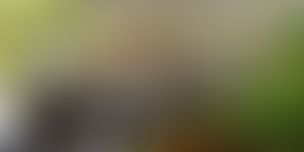 It's My experience too..

From starting onwards, Feed selection, fertilizers, pesticides, labour & water availability on time, weather, natural disasters while harvesting and lastly meagre market price. No quality assurance in Feed, Fertilizers & Pesticides, Not sure on labour, water and No correct mechanism to predict natural disasters and finally no guaranty for support price. Farmer is on top of the risk which was like anything, Isn't true ?. In addition to this, they have been getting ignored by any of the sight in society. But, every one needed their sacrifice despite the risk they see on their way.

"Hail the Soldier Hail the Farmer" was a slogan given by the Lal Bahadur Sastry, Prime Minister of India in 1965. There was scarcity of food grains in India, when attacked by Pakistan. Shastri gave this slogan to enthuse the soldiers to defend India and simultaneously cheering farmers to do their best to increase the production of food grains to reduce dependence on import. It became a very popular slogan. Now there is no persons like Shastri among us to reiterate the era of good time to make farmers hope alive, thus preservers future of agriculture sector.

We Indians, getting more literacy, even the line going up year on year and would leaving mark in every prominent area of any subject around the globe which was not our mainstream of our earlier life. But, not in the position to understand what is happening to our ancient profession which lasted our significance and served health to us for countless centuries... if this continues, sure, we will be in the position like, we'll have everything we need around except the food which was the only perfect to our appetites. Still we'll be alive, eating something else, don't know what we are eating and where it is from and would gains so called progress in daily life as said above.

There was a huge gap in between supply and demand of nutritional food already in our country... but, facts ignored from our attention. Perhaps, food adulteration must be the reason for this, that might filling this gap and needless to say about the consequences of consuming such. We need to support farmers, most complacent community on this earth, to avoid painful repercussions in future.

... Still, Agriculture sector was being the major contributor to country GDP, there were neither inducements from Govt and or nor any hope in nearby to do such. How long they can go ahead if there is nothing to hope ?. They have only hope for becoming witness of good on one day and they prays for it.

We talks about everything irrespective of need or don't need because, that's the easy job, sure, our generation will follows this. We simply judges Govt. policies and others without realization of sensitive involved. Again, needless to say our enthuse over social media to only share or like things what we would like to and count on over the same from of other fellows. in recent days, there are many shares on matters related to farmers and Indian army. Do you think, that majority of guys in these have at least basic knowledge about them ? if so, why we need to talk about this ? Farmers from Tamil Nadu had been protested for the basic help which they deserved. How many us know about this ? and, do you believe our news channels had projected this matter in the way it needed ?

Another best example which I know personally is, that was some time back in 2008-09 educational year, I was in my last year P.G and going to submit my academic project at college, farmers belongs to Konaseema, East Goadvari District, gathered as a group besides of the road in my way and demanding government for revive water canals which was the main source to their crops. Most of the canals got into the shape of sewage drains due to lack of maintenance. Many of the farmers at that time left farming for a season and didn't show their anger at any case. They had amazing discipline throughout and did their boycott in non-violence mode, seems whole scenario nothing shorten to Satyagraha in Mahatma Gandhi regime.

From last few years, Many families, particularly having low amount of land or daily agriculture wagers, being migrated to cities, which all overcrowded already and lacking in basic infrastructure to live due to our politicians futile efforts. This will boosts urban poverty as continues, subsequently we all will be into another sort of problems. They might be having many reasons but, once most common among them was, in fact this is their personal feeling might the question for self-respect too, they were not getting enough recognition for their work on top of hurdles....

They were all deserve for the better life at any coast. So, it's time to reciprocate.....

Govt. must focus on reducing input cost of cultivation rather than granting loan waiver that to be on only just before the elections date being announced. Must stop this sort of any cheap tricks to lure voters.