Are we actually doing anything in Research? 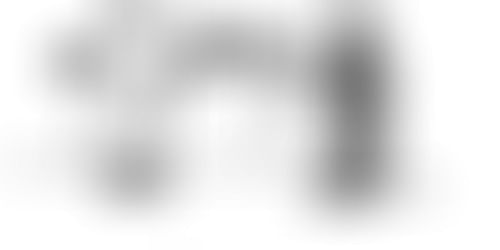 “Pressure to publish in journals drives too much cookie-cutter research”

Evaluating academic performance on the basis of journal publications is skewing research priorities. This does our public funders a disservice.

I believe the top two share a big role followed by next two and then students followed by government and later funding agencies and people.

Starting from people, we are not taking an interest in what’s getting done in name of R&D. Being a taxpayer we should question all government Institution in public domain about their Research Applications and fruitfulness and pace or cultural relevance with techno-economic feasibility and novelty too.

The Funding Agencies though are now aware and becoming stringent and smart but yet less effective in tapping the Researchers, Scientists, Professors and Academic or Research Institutions work output based on the funds allocated. They usually lack the technical experience or expertise or sometimes motivation in panellists of funding members to have a check or enquiry at periodic intervals on their investment. Sometimes (I mean occasionally and case-specific taking a VC approach is not bad).

The Grants of government are usually disseminated in an inept manner and is time taking and also lacks checkpoints and milestones for good. Also, the corruption is something that is embedded at root levels. But with transparency, this can be cut down and with further improvement in Structure of funding, things can be better collaboration with a parallel company or a venture helps the government to use the research at stages and can be controlled if gone in wrong directions.

Students are motivated or learning from peers, seniors, professors and leaders. They are the most vulnerable elements in the list. They do what they learn. They can be a game changer considering their Efforts capacity and Energy and working abilities and the number. But lack of interest due to the lethargic system, righteous funds, lack of mentoring is killing the interest of students. Thus the Trump card is backfiring and we have a good number of people migrating abroad for research or doing Higher Education for sake of getting monthly Stipend till they figure out something better for their career.

The major role of facilitating the work Important stakeholders in research and mainly the research work is played by Researchers and Academicians. And we have an immense shortage of good ones and a decent shortage of mere the namesake ones too. They are either the pollutant in the system or are the struggling doers who are constrained by other stakeholders in the system- be it Institutions, Government, Funding Agencies. Currently, there are very fewer people in the whole premium league of Institution in India (mainly) and some also across the world, who have done or been doing actual Research with implementation aspects or learning the process or history aspects.

More or less from the appointment of them to the regular work, Every single thing is fixed due to favouritism or corruption or lethargic nature of peers or higher authorities. The motto like “ Don’t do and let not others try even”, “Let it be” are rampant in the system. They can turn out to be great Mentors and also be the facilitator of changing the whole scenario but many are also the ones that need to be weeded out from the system and filled by right people.Ego, lethargy, lack of motivation, improper teaching methods, namesake research, lack of vision, less Updated with current and future trends, peer pressure, politics and much more are responsible factors.

Now coming to the leaders of all these, the places of academics & Research- Universities & Institutions. They have been not proactively taking measures to improve. Wrong ways of Money making mindsets have decayed their future & culture. The lack of string system, improper measures, too much of wrong policies & politics, No interest in Research, lack of collaboration with Industry, wrong hiring policies for Researchers & Academicians, Wrong people in top management and more importantly the fake foreground showoff and less interest towards the actual growth of hampering the whole chain.

Thus maker’s spaces, tinkerer’s lab, Fab labs kind of models are coming into existence to do fast-paced research for good of community and environment and also helps the individual with learning.

The other effect is an obvious brain drain, increasing interest in MS or PhD at abroad good Universities. Also more unemployment for the major research community and thus declining Interest in research among youths.

Please add your comments and opinion on my thoughts.