When archaeologists dig up the remains of ancient Roman cities, they often find tops, balls, and marbles used by people 2,000 years ago. Amazingly, these simple, low-tech toys are still used by kids today. It comes as no surprise, however, that kids in the 21st century have turned in their checkers and Monopoly sets for joysticks and virtual reality headgear. Every ear, tens of millions of computer and video games are sold in America. Without doubt, high-tech amusement is here to stay.

During the 1970s, Nolan Bushnell, an engineer working in California's Silicon Valley, dreamed about the possibilities of connecting a computer to a television. He spent his evenings and weekends building a simple coin-operated device he called "Pong," a video version of Ping-Pong. Bushnell took his gadget to a local bar. A few days later, the bar's owner called him to say that Pong had stopped working. It was jammed with quarters! Bushnell quit his job and started a company called Atari, which created one of the first successful electronic entertainment components for homes--the video console.

As video console games rose in popularity, companies such as Nintendo, Sega, and Sony competed with one another to produce big sellers. But as home computers became more available and affordable in the 1980s, another class of high-tech amusement--computer games--entered the market.

Martin Cameron, a game designer who works for Peregrine Software in Marin County, California, remarks on the difference between video games and computer games: "Computer games are played on a computer, a machine that can be used for other things. A video game has its own hardware." The hardware originally ran from cartridges, but now it is available on disks. Computers, meanwhile, run on fast CPUs (central processing units, or electronic "brains"), so computer games are often more sophisticated than their video competitors.

Video games are the overwhelming favorite with 5- to 14-year-olds. For those games, the emphasis is on good eye-hand coordination and the use of joysticks or other controls. But older teenagers often switch to computer games, which focus more on strategy and the precision maneuvering that is available through a computer mouse.

Computer games come in an extensive variety. For example, role-playing games, such as Lands of Lore, allow you to become one of the characters. You wander through a maze, pick up everything you can carry, and finally make the big rescue. In adventure games, such as The Secret of Monkey Island, you control the characters like a puppeteer would. Simulation games let you experience real-life situations, such as the X-Plane series that allows you to experience a flight simulator. And there are racing, sports, and strategy games, too.

Electronic games have come a long way since Pong first appeared in 1972. People play games on both consoles and computers. And with tablets, smartphones, and other wireless handheld devices, today's games go almost anywhere. In fact, many games, such as the popular 3-D building game Minecraft, are available on all platforms.

The graphics and audio for electronic games just keep improving. For example, virtual reality headsets literally put you into the game--if you turn your head, your game character also turns his or her head in the same way. Electronic games let you try different actions and be in control. You can even interact with other players in virtual worlds.

With technology constantly advancing and more powerful and efficient processors included in personal home computers, we can all look forward to more fun and games in the electronic age.

Electronic games have gone through dramatic changes over the years:

• Arcade games are large free-standing, coin-operated machines that were popular from the late 1970s to the mid-1990s. Think Pac Man.

• Consoles are box-like components that are hooked up to televisions with wires and rely on game cartridges or disks. These home video games were first introduced in the early 1970s. Think Atari and Nintendo and more recently Wii, Xbox, and PlayStation.

• Handheld video games are small portable devices that can be held in the palm of a hand, offering options of games through plug-in cartridges. They became popular in the 1980s. Think Game Boy and Nintendo DS.

• Computer games can be downloaded to a computer and allow play in real time against an opponent or friend who is somewhere else. Online games that are networked through the Internet can have thousands of users. 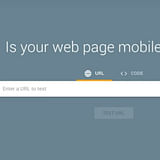