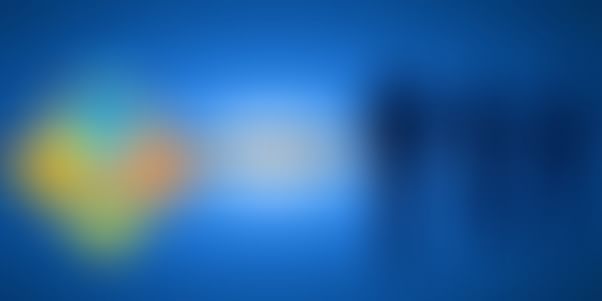 The question of level playing field in business

In the heated, and often one sided discussions of protectionism in the Indian start-up ecosystem, I noted the rationales put forward by Mr. Kanwal Rekhi and Mahesh Murthy. While I consider Mr. Rekhi as a mentor and never miss a chance to bump into him for advice, I couldn't find myself in agreement to the entire rationale (majorly)against Flipkart and Ola which translates to two fundamental points:

1. It's the fight of a better product and the best would win

2. Capital dumping is not an issue and nobody should blame it for their fall

To begin with, I'd like to trace the little known story of Tyagi Book Store. In Vikas Puri's Budhella Market, there were a lot of stationary shops. It was a regular market which seemed nice, until it faced what Andy Grove deemed as the '10x change'; Tyagi Book Store set up shop and entered the market with fire. They gave abnormal discounts, even gifts to people. Going to Tyagi was amazing, until rest of shops closed or changed their product lines. It was normal life at Budhella afterwards, only with less choices. I later found out that Tyagi was a rich family and this was one of their many businesses. They could cushion losses with the strength of their empire, long enough to kill the competition.

Was this good for customers? Only for a little while.

Was it sad and unfair to the other shops? Yes.

Could anyone do anything about it? No.

Around the same time, a slightly more popular company in the US entered into competition with an amazing start-up. This start-up had a great product and visibly, a great future. Everybody bet on it like it was Secretariat and that it couldn't lose. Sadly, the big company made a similar product and gave it away for free. Plain and simple, straight and square - Free. It wasn't a big deal for them as they had money coming in from a lot of places, but it royally screwed the start-up. Even though their product was better and had a great story, it didn't matter. The big guys killed them and spat on their grave. It's the story of Microsoft vs. Netscape.

Was it good for customers? Only for a little while. Microsoft dominated the market for a long time with its suboptimal Internet Explorer. Though things got better after 2008 when Microsoft's monopoly in browsers was effectively dismissed.

Was it sad and unfair to Netscape? Yes.

Could anyone do anything about it? Yes! Netscape had some clout which led to Microsoft being tried in court for anticompetitive measures. The initial court order demanded Microsoft to be broken into pieces so its monopoly could be taken care of. It was beginning of the end of Microsoft's dominance in technology. Netscape died, but justice was served. Well, almost.

Analyse the closeness of two very different events and how, despite the scale and stakes being different, the stories speak a singular message of a big business monopolizing the market with money.

Interestingly, Reliance Jio recently entered the telecom industry and has been shooting rainbows. Airtel (the incumbent) says Reliance Jio is being anticompetitive by unfairly exploiting its dominant position in the Indian business scene. It says that Reliance, being the biggest group in India, is throwing money at the market with its free services. According to them, it's unfair, anticompetitive and against consumer interest in the long term. Nobody says Airtel is a sour loser. Nobody takes sides. It seems like fair logic to everybody and so court shall decide.

Strangely, the same logic given by Flipkart and Ola is deemed as "protectionist garbage coming from incompetent companies who're seeing their doom coming". Following are the arguments I hear quite often:

1. Amazon and Uber are better products and if Flipkart and Ola want to survive, they should focus on improving their products instead of seeking protection from the Government.

2. Flipkart and Ola focused on scale without unit economics and Amazon and Uber are beating them on this. These companies needed to be frugal, now they'll be dust.

3. Flipkart and Ola have been beneficiaries of the same "unfair competitive advantage". Why are they being cry babies now?

I think if Amazon and Uber are better products, they shouldn't be selling their services at negative gross margins, or free. If they're better businesses, why do they need to resort to the lowest competitive strategy available - price reduction? How are they any different from Tyagi Book Store, Microsoft or Reliance Jio? Besides, if anti dumping duty is a widespread measure taken by countries to protect their industries against unfair competition, what's wrong with it being applied in E-commerce?

It's true that some lucky Indian startups danced in the heavy rain of funding and it seems they didn't care to carry a few buckets around, just for future safety. But it's also true that these were the guys who 'made' the market. They were the ones who changed the consumer behaviour and drove the entire paradigm shift in an extremely unique, cash dependant market with abysmal internet penetration. Moreover, according to whatever information is available, both pairs of companies have extraordinary burn rates with Flipkart and Ola still leading. What are these people talking about?

Lastly, it's well known how Flipkart and Ola used the "money advantage" to gulp down LetsBuy and TFS respectively. It seems hypocritical to hear them talk about capital dumping and unfair monopolization when they created their entire stories on deep discounting and killing countless small businesses because of it. But, should the unfair situation of the present be condoned just because it has been condoned in the past? Should Flipkart and Ola be allowed to perish by capital dumping because nobody saved thousands of businesses which died because of it? Just because we didn't notice Tyagi Book Store conquering Budhella Market, shall we ignore the same situation happening at this scale? I'm not sure.

Being the founder of a growing and profitable start-up, I'm surely not an authority on government policy or fundraising. But I'd wish Sachin Bansal and Bhavish Aggarwal a lot of luck and hope they find a way to do without it.