How will the marketing evolve in the next decade? 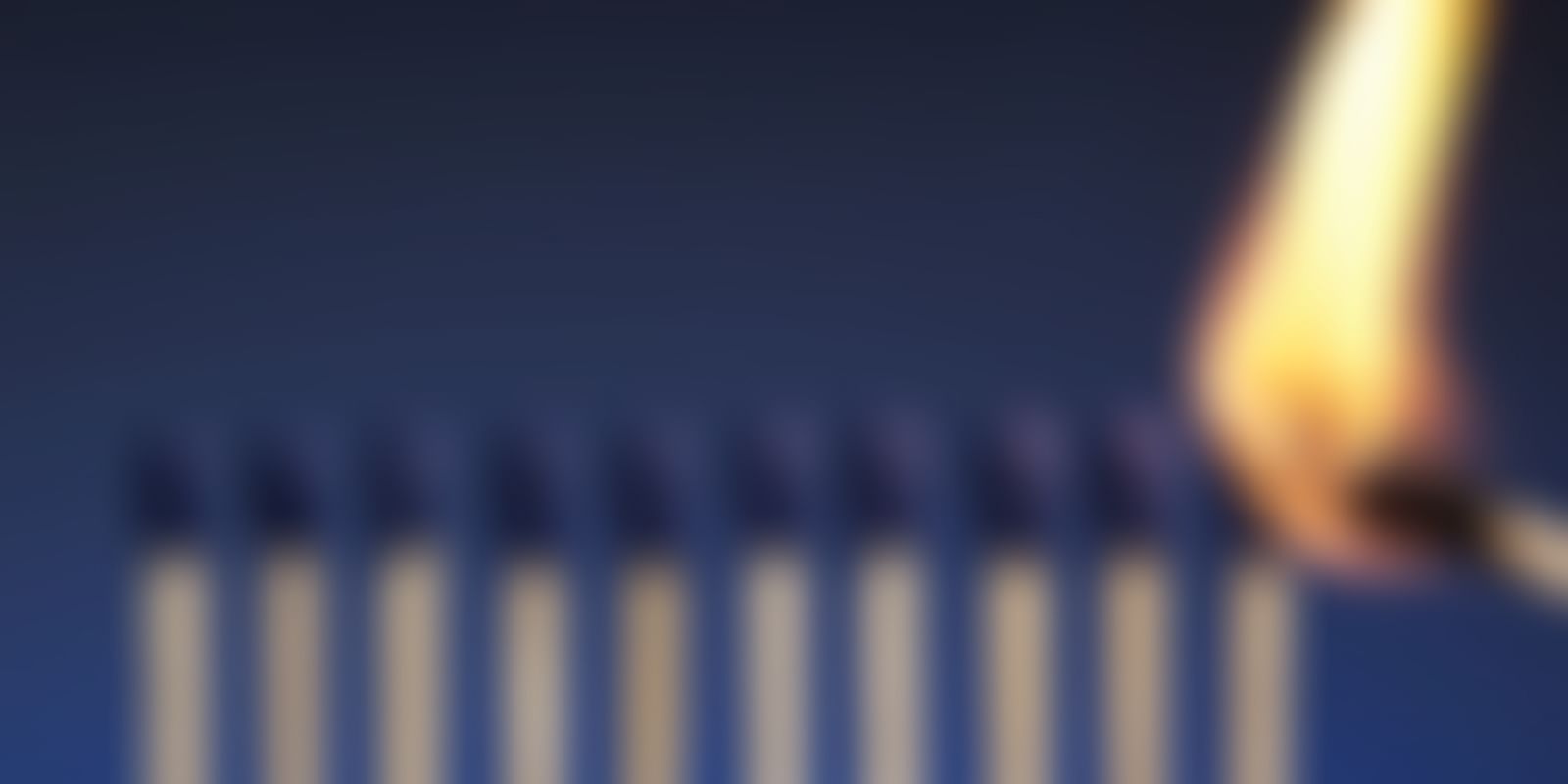 The changing trend and the future of marketing, as we know it. 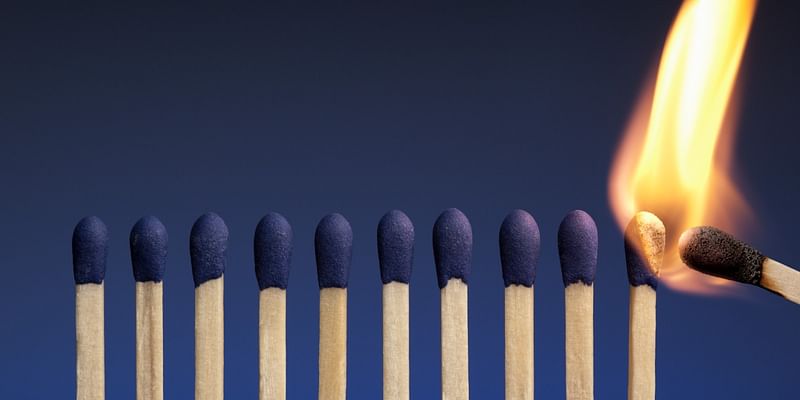 Every business needs to do two things — build a product and sell the product. That’s it. No rocket science required. In the oceans of time, tides come that change the way these two fundamental things are done. Right now, the entire world is going through one such wave — going distributed.

I run a newsletter, called Unmade, where the community discuss the changing face of future. Recently, we debated on the topic of marketing and backed by that discussion, I want to talk today about building a product that helps others sell in a distributed manner.

There was too much of jargon in that one sentence, no? We’ll start with the latter half of the phrase.

“…sell in a distributed manner.”

“The future has already arrived. It’s just not evenly distributed yet.” — William Gibson

What does it mean to sell in a distributed manner? Does it mean that you’re using multiple channels to sell your thing? Not exactly. That would be called multiple-channel marketing.

Distributed selling means instead of a small team of dedicated sales/marketing people, there’s a distributed, large and not-devoted-to-one-thing team of individuals. To sell something, either you can hire three people who will cold-call the shit out of everyone, or you can incentivize thousands of people to talk about you within their circles.

We have been doing the former for years now, and the latter is commonly known as ‘influencer marketing.’ You, the company that wants to sell something, incentivize individuals to gain the attention of people within their circle and influence their buying decisions. We’ll call them micro influencers.

What celebrities do through their television commercials and billboard hoardings, they do the same through their blogs, websites and social profiles.

The core idea is, instead of building a centralized team, enable every and any individual to talk about you. They’ll be paid how much attention they could bring to your company. And that’s the most critical piece of the puzzle — the measurement of the attention.

How to measure attention?

“Never measure the height of a mountain until you have reached the top. Then you will see how low it was.” — Dag Hammarskjold

The ideal worth of an influencer will be a function of the number of conversions they could make for the company. How to measure that? Simply track how many people, to whom a particular micro influencer reached out to, ended up buying your product. That would be ideal but not practical. They would simply prefer to call themselves affiliates instead of influencers.

Influencers prefer to measure their worth not by how much sales they have driven, but instead by how much attention they could turn to a thing. Try to think of it like this — I may not buy immediately what my best friend suggests. I am still looking out for more options, but when making the final purchase, I will keep their suggestions above whatever I could figure out from the internet.

Several public proxies are available already for measuring attention. It could be their current followership on a platform, or the conversion rate in a 30-day window, or how deep they can go in their network (by counting re-shares). No one algorithm takes into account hundreds of characteristics like these into account and spits out the worth of a micro influencer.

Such an algorithm is the holy grail to disrupt an entire industry. It will revolutionize how sales are done. And with that, we come to the former half of the sentence that we had begun this discussion with.

“A product that helps others sell…”

“To me, job titles don’t matter. Everyone is in sales. It’s the only way we stay in business.” — Harvey Mackay

A product that does two the following two things well is inevitable in the age of decentralization and Blockchains.

1. Provides a platform for influencers and advertisers to connect

2. Provides an algorithm to measure the worth of an influencer

As I discussed extensively in a previous blog post, Blockchain enables you to trust a stranger without the requirement of a centralized organization.

For instance, when you are paid by a stranger for your services, the bank helps you to establish the trust between you two. You don’t trust the stranger, but when your bank says, “Your account is credited with $10” you trust the bank that when you’ll go to a bank to withdraw $10, you won’t be denied your money.

For centuries, middlemen have allowed us to trust strangers. Blockchain removes these middlemen from the equation.

This product will be a Blockchain that works with Smart Contracts. Every node in the network will be able to verify the attention that an influencer was able to bring to the advertiser’s product and when confirmed, the money from the merchant gets divided and paid to the influencers in the network.

Why is such a product even required?

Joe is a micro influencer. He runs a blog that is visited by 1000 people every day. Can he charge an advertiser $100 because of his reach? Perhaps.

What about another micro influencer who has a Twitter handle that is followed by 100 people, but everything that is tweeted through this handle gets re-tweeted by 90 of the followers. And then the followers of those 90 retweeters further retweet the tweet.

Most of the influencer platforms measure the attention (and the worth of an influencer) either on a flat rate or based on some proxy. The algorithm used is opaque like a wall. What magic lies behind, no one knows.

The Magic Beyond The Wall

Blockchains can enable any individual to become a node in the system and verify how the worth of an influencer is calculated. The blockchain is just the tool, not the magic itself. It just provides transparency and thus, more credibility to the entire platform. The magic is in the algorithm that can measure and verify the attention driven.

If the algorithm works on mere proxies like others, it wouldn’t be an ideal candidate for the purpose. It must have access to an input that’s hard to access by any Tom, Dick, and Harry.

It could be a brand new web browser entirely. Because a web browser is not limited to track only one or two websites, it gets to track an individual across every site to understand who influenced the decision making the most for an individual.

There’s a catch though. Only the visitors that are using that particular browser could be tracked. Influencers will lose a significant chunk of their revenue because only a fraction of their audience would be present on the new browser.

There are two ways to solve it though —

The simplest way is to feed the tracked data along with the proxies into a Neural Network to see how much of each proxy really matter. This trained model then can be applied to the visitors from the other browsers.

That’s simple to implement but also easier to reverse-engineer the trained model by anyone else. Anyone can collect the available public proxy data for an influencer and the predicted output from the browser to train their models.

The foolproof way would be to make everyone use the new browser. Because influencers would not want to give up on a portion of revenue, therefore, they would evangelize the usage of the new browser. And remember, they are influencers. Every single influencer in your network would be working towards converting Internet users to use your browser. Just imagine the combined attention they could gather for your product.

And that’s why I believe it’s inevitable that such a product is years away. It could be just around the corner.