Entrepreneurship and a tennis court: The loneliest places in the world? 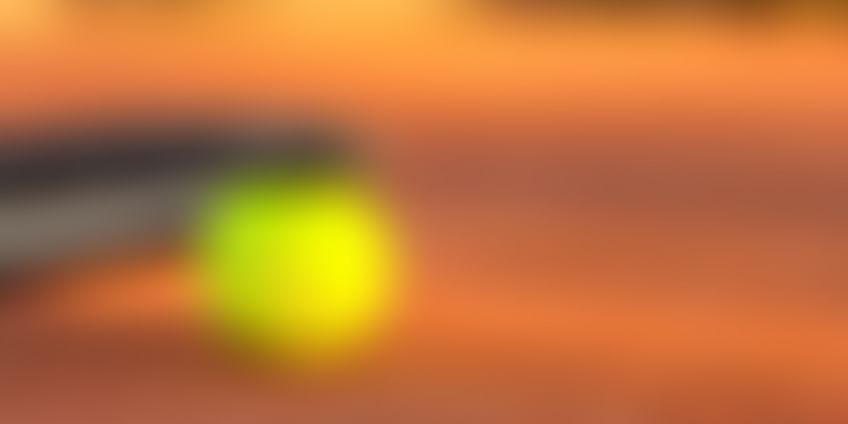 Some parallels between tennis and entrepreneurship ! 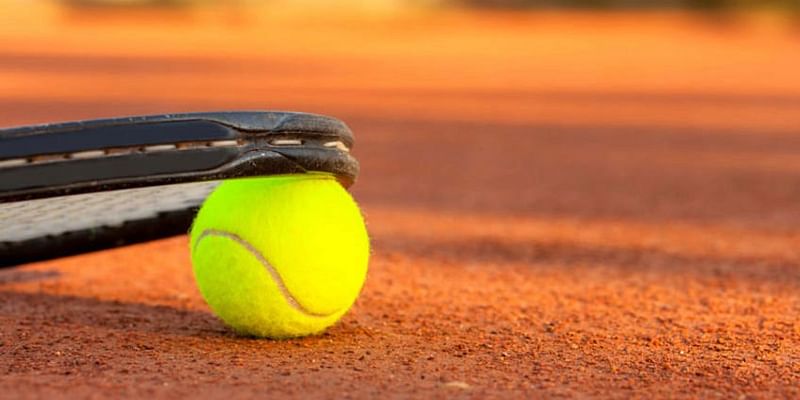 Andre Agassi said .. “the loneliest place in the world is a tennis court”. I think that being a startup founder is a close second.

As someone who plays tennis almost daily, I can completely identify with Andre’s statement. You can only rely on yourself when you are in the middle of a tennis match. Figure out the best way to win or just the best way to even compete.

For an entrepreneur there are various people she can reach out to for figuring things out — advisors, mentors, team, investors — but some of the toughest decisions have to be taken on your own. And the future of the company can depend on just one or a few of these decisions!

The only constant for me during this entrepreneurship journey of 2+ years have been the daily early morning sessions of tennis. All startup founders should have some fitness routine where they can unplug every day. You need that escape to clear your mind and look at things with a different perspective. Playing an individual sport like tennis can be beneficial at many levels as it also teaches you decision making under pressure.

I have been looking at parallels between my journey as a regular club level tennis player and as a club level (bootstrapped) entrepreneur:). Interestingly both the words have a common country of origin. “Entrepreneur” first appeared in the French dictionary Dictionnaire Universel de Commerce published in 1723. The French called tennis Jeu de paume (the “game of the palm”). When serving they would often say Tenez! the French word loosely translated to “coming at you, heads up”. The Italians overheard the French making that sound started calling the game “ten-ez”. 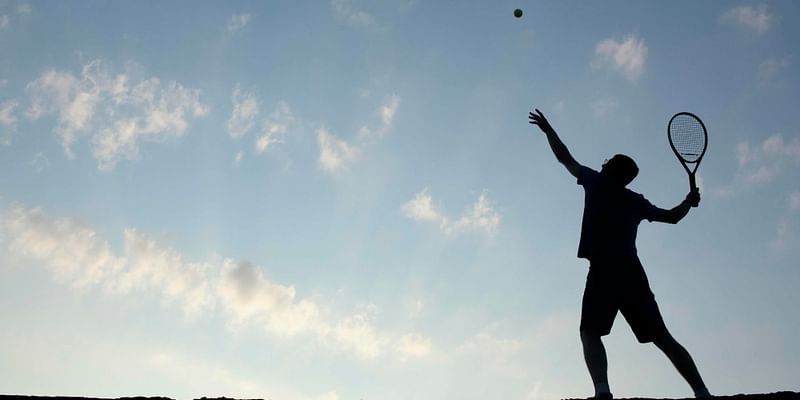 While I have played countless sets/matches in my life, the one I remember most clearly is the one where I was losing 6–2, 4–2 in the quarterfinal of a tournament at our local club, a few years ago. I had almost given up. The opponent was a better player than me and anyway should have won the match on paper. I was ready to throw in the towel as my strategy for the match wasn’t working.

But I decided to change my strategy and change my attitude. Ended up winning the second set 6–4 and the last one 6–2. I can still remember some of the points from that match as if it was yesterday.

After launching two ventures in the last 2 years ( VoyageUp and Plastr) that didn’t succeed, we have spent the last few months building and launching Hush — Real Office Talk. All three ventures have been around building communities. But this last pivot happened when we were almost ready to throw in the towel. We were able to get users but retention was bad. We took a step back. Analyzed the situation, took a deeper look at our usage data. We finally figured out that the only sustainable communities we had built had a much stronger connection than proximity or interests. And now we are competing again with a brand new product and strategy and our retention numbers look very healthy indeed!

In tennis and entrepreneurship, the things your success depends on are largely the same. Ranked in the order of importance:

Things will not always go your way. You have to be prepared to fail. Your opponent /competitor may have a better game / better product than yours. You need the attitude and passion to get through those times without giving up.

You have to look at the careers of Verdasco and Berdych to understand the importance of temperament in tennis. When they first burst on to the scene many experts felt they would be future World No 1’s based on the quality of their game. But probably they didn’t have the right attitude.

There is no substitute for effort. The countless hours training in offseason and during the season in case of a tennis player. Or the weekends/weekdays spent refining your product, doing unsustainable growth hacks, pivoting etc. for a startup. And don’t get me wrong — Skill is also very important — You and I can’t practice 10,000 hours and become Roger Federer or Nadal. No one can as these two are special but that’s beside the point :). Some base level of skill is important and after that, the Effort becomes the real differentiator.

Not even the most ardent Andy Murray supporters would have thought that he would ever have a chance to become world number 1 in the era of Federer, Nadal, and Djokovic. But in 2016 he did. At the age of 29, he made key changes to his service action and that paid rich dividends. For a pro player to change something which is the foundation of a tennis players game — the server — would have required a herculean effort. Club level players find it impossible to change years of muscle memory of their service action. I can only imagine how tough it must have been for someone who has been doing that since he was a young boy. And to do it after having won grand slams already is just mind-boggling.

They say every good tennis player has the skill to hit one of many different shots off the same ball sent by the opponent. But only the best have the decision-making ability to choose the right one every time from the host of options available to them. The same is true when you are trying to build a business. There are multiple forks in the road when you have to choose the best course of action. Wrong decision making has caused even the best-funded startups to fall by the wayside.

Sometimes you just have to go against conventional wisdom. Case in point, the 2017 US Open semi-final DelPo Vs Nadal. DelPo had just come into the match on a high after beating Federer. In the first set, Nadal went with the “correct” strategy of attacking the weaker backhand of DelPo and keep the balls away from his “Thor” like forehand. But he lost the 1st set 6–4 and was being completely outplayed. Every coach would have told him to attack the backhand even more aggressively but he just went against conventional wisdom and started attacking DelPo’s forehand. This switch in tactic completely wrong-footed DelPo and Nadal won the next 3 sets easily.

Or look at how Kevin took the decision to throw out all the other features of Burbn and only keep one. They must have spent so many efforts to build all the features and it would have been such a tough decision to scrap everything and only keep photo sharing. But that is how Instagram was launched. The toughest decisions for an entrepreneur are to give up on features which have already been built. But in a lot of cases, these are the right decisions.

Many people may give Luck a higher ranking. But even luck would be of no use without the preceding factors mentioned. Of course, you need some luck to go your way to succeed. Or call it the right timing and right circumstances.

As a Nadal fan, I still think of the moment of “luck” in the 2017 Australian Open final. Nadal was serving at 3–2 and Advantage. He hit a body serve and off the weak return from Federer he hit a monster crosscourt forehand which caught the net tape and narrowly went out. His serve was broken after that allowing Federer to come back in the match. If only that shot had gone in, he would have been 4–2 up and surely there is no way he would have lost from there. But it is the die-hard fan in me talking. Statistically, over the course of a tennis players career, these things do even out.

Not every entrepreneur needs a full-time mentor but I’m sure they can get a lot of great inputs from others even in an informal setting. It is not necessary that great feedback will come only from people who have walked this entrepreneurship path before. I have got some great advice from ex-bosses, ex-colleagues, and even potential investors. Some of them have never been in a startup but that doesn’t make their inputs any less valuable.

If the most successful player of all time Federer can remodel his backhand with the help of Ljubičić at the age of 35+ then surely we can also learn a lot from others even if we think we know “everything” :)

The thing about Entrepreneurship and Tennis is that they both look a lot easier from the outside. It’s easy to look at the screen and wonder how a pro player can miss such an easy overhead during a tennis match, or why a particular company is taking a decision which clearly is wrong. Much tougher to do it when you are in their shoes. 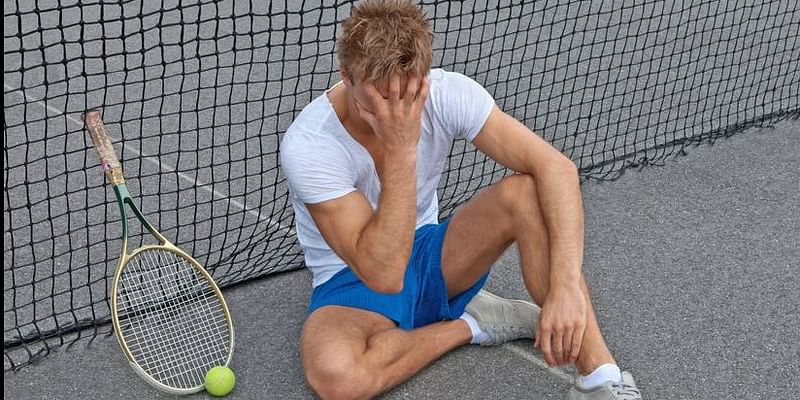 Both tennis and Entrepreneurship are a “lifestyle”. As tennis coach Vallverdu says “The player you see who is up 6–3, 2–0, might respond differently in a 5–5, 40/40 situation. During critical moments, that player might be rattled or intimidated. The player who confronts adversity the right way is the person who is accustomed to it, who has that mentality, that day-to-day routine to be comfortable under pressure ”. Keeping calm under pressure or when things are going against you may be the most important secret to entrepreneurial success. Alas, there are no drills you can do to inculcate that!

The tricky piece is that it’s very difficult to know when to throw in the towel. Essentially every entrepreneur is a dreamer. But not every company can succeed. And not every pro tennis player will make it to the top.

Crazy as it is but sometimes you get comfortable in this routine of fighting daily. Sam Groth, the Australian player who reached a career high of world no 53, and has spent a lot of time and money traveling and playing in smaller tournaments sums this mindset up, the best way, “ As stupid as it sounds, you get used to it and it almost becomes a little bit comfortable. I think that’s why a lot of guys play more than they probably should financially or ability wise, but it becomes such a comfortable environment”.

As for me, after two failed attempts it feels like I am a set and a breakdown. But with this new product, we may have just figured out a winning strategy.

It’s like I am starting my comeback serving with a new can of balls. To all the established players in the employee engagement industry, all I want to say is — “TENEZ”!